A typewriter underwent many developments before the present version was finally invented. Read the article to know interesting & amazing information on the history, origin & background of typewriter.

A typewriter is basically “a mechanical or electromechanical device with a set of ‘keys’ that, when pressed, cause characters to be printed on a medium, usually paper.” Since its invention, typewriter has been a vital tool for most of the professional writers and offices. The invention of the machine can be dated back to 1714. Although, it is now largely being replaced by computers, it is still popular in the developing world and for office tasks in some niche markets. Read through the following lines to know more interesting facts and amazing information on the history and origin of a typewriter. 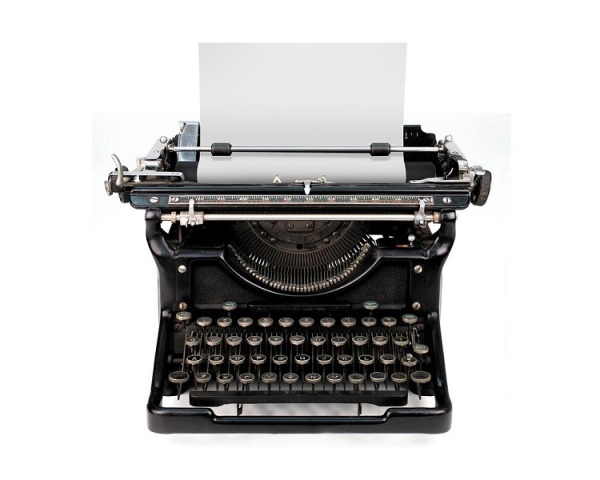 Interesting & Amazing Information On Origin & Background Of Typewriter
In 1714, an Englishman named Henry Mill attempted to invent the first typewriter and filed a patent for the machine, which he described as “an artificial machine or method for the impressing or transcribing of letters, singly or progressively one after another, as in writing, whereby all writing whatsoever may be engrossed in paper or parchment so neat and exact as not to be distinguished from print.” However, his machine was never constructed and no drawings have been found. Other typewriting machines were invented, but they were developed to enable the blind to read and write.
In 1829, a machine called “typographer” was patented that could print ordinary letters. It was set on a semi-circular frame, which had to be turned by hand, shifting each letter into position for printing. It was much slower than writing and hence, did not do well. Many more typewriter machines were developed during that time, but they were as large as pianos and too cumbersome. In 1860, two Milwaukee inventors, Carlos Glidden and Christopher Latham Sholes were developing a machine for consecutively numbering the pages of a book. Carlos came across an article describing a machine that could print typed letters. This caught their attention and in 1867, Sholes constructed the first practical typewriter in his shop.
A cumbersome machine with a piano keyboard, Sholes’s typewriter was a little improvement over the previous inventions. In 1868, both Carlos and Sholes developed a second model of typewriter, which could print faster than a pen. This innovation mainly included the arrangement of keys that allowed two letters to be typed in rapid succession (this keyboard was identical to the present typewriter). In 1873, a contract was signed between Sholes and E. Remington & Sons in New York, for the manufacturing of the machine. The following year saw its first model “Remington” in the market. Although Remingtons were scooped by clever businessmen in the beginning, most of them didn’t see the advantage of buying such a costly machine with speed only slightly faster than writing with a pen.
By 1881, only 1,200 Remingtons were being sold per year. A major drawback of all the early machines was their extremely slow speed. Upper and lower case letters were contained on separate keyboards, thus making it difficult to shift from one keyboard to the other frequently. The first machine with a double keyboard was finally placed in the market in 1878. In 1888, a typing contest was held in Cincinnati between Mr. Traub, a leading exponent of the separate keyboard system, and Mr. McGurrin, who had taught himself touch-typing on a double keyboard machine. McGurrin won the contest and the separate keyboard typewriter became a museum piece.
Another drawback of the early typewriters was that the typist was not able to see the paper until it was removed from the typewriter. 1883 saw the first typewriter with visible printing in the market. In 1898, George Bernard Shaw became the first playwright to use the typewriter as a stage-prop in Candida. In the late 19th century, Thomas Edison constructed the first electric typewriter that was capable of printing letters on a moving roll of paper. This machine was perfected by James Smathers in 1920. The first portable typewriter was manufactured in 1909. A shorthand typewriter was invented in 1910, which could record up to 200 words per minute.
The fastest typing speed ever recorded was achieved by Stella Pajunas in 1946 on IBM Electric, with 216 words per minute. In 1959, IBM Corporation developed the Executive Electric, the first typewriter capable of line justification and differential spacing. This machine allotted space to letters according to their width, thus printing a neater page. In 1961, IBM came up with the first typewriter with a spherical type carrier, thus eliminating the nuisance of interlocking type bars. In the present times, typewriters are capable of printing in almost any language. A variation of a typewriter is the musical notation typewriter that can print 50 different notes and symbols. The modern versions of these are mostly used by court stenographers.
How to Cite