The history of robotics can be traced back to the Ancient Greeks. Go through the article to explore some interesting information on background & origin of robotics.

Technological advancement in the field of science has paved the way to the invention of sophisticated machines, which could assist us and simplify our work. One such valuable invention of humankind is robots. By flipping through the pages of history, it is studied that people in the ancient Greece and Egypt started using the raw form of robots, for accomplishing various kinds of works. With the passing time, robotics saw further developments. The design of robots became more and more sophisticated, with the increase in the capacity of the machines to do work. In this article, we have gone back to the history and traced some interesting information on the background and origin of robotics - the science and technology of robots. 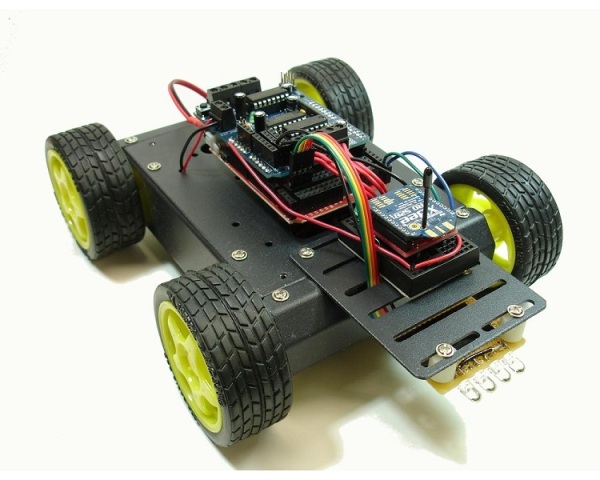 Interesting Information On Background & Origin Of Robotics
The Beginning
The history of robotics can be traced back to the Ancient Greeks. According to Greek mythology, the Greek God of fire and the forge - Hephaestus - was served by mechanical robots. Another historical record suggests that the origin of robotics is connected to ancient Egypt, where priests used steam-activated mechanisms to open the doors of their temple. It was around 350 BC, when veteran Greek mathematician - Archytas - constructed a mechanical bird named 'the Pigeon', a robot powered by steam, which could fly through the air. This was the first recorded model airplane and a milestone in the history of robotics.
Further Development
Ctesibus, a Greek inventor and physicist, made a significant contribution in the field of robotics by designing water clocks with movable figures on them. The invention proved to be a big breakthrough for the already invented timepieces. Until then, Greeks used hour glasses to figure out time. The hour glasses had to be turned over, after all the sand ran through it. The invention of Ctesibus proved to be a bit different. The water clock measured time due to the force of water falling through it, at a constant rate. Greeks were impressed by this invention and used it for quite a long time.
Crucial Period
The period between 1700 AD and 1800 AD proved to be crucial in the history of robotics. Some of the significant contributions to the field of robotics were made during this period. These included the invention of three-in-one automata by Jacques de Vaucanson in 1738, the invention of robot dolls (that could play music, read or draw pictures) in 1770, by Swiss clock makers. The century also witnessed Industrial Revolution, which was a boon for the development of robotics. This gave way to the use of steam power and automation in the production of textiles.
In the beginning of the 19th century, a number of robots were invented. For example, the automated loom was invented by Joseph Jacquard in 1801. It operated using punched card input. In 1822, Charles Babbage, the Father of Computer, invented the 'Analytical Engine', which was inspired by Joseph Jacquard's invention. Babbage's invention also made use of punch cards for its operation. During the end of the 19th century, in 1898, Nikola Tesla came up with another invention - this time, a remote controlled robot boat, which was demonstrated by him at Madison Square Garden, New York.
Modern Era Of Robotics
Robotics gained immense popularity in the early 1900s, which is considered the modern era of the field of robotics. It was further proved by the introduction of Maria, the first female robot on the silver screen, in Fritz Lang's silent science fiction movie 'Metropolis', which was released in 1927. Few years later, in 1959, John McCarthy and Marvin Minsky established the Artificial Intelligence lab at Massachusetts Institute of Technology (MIT). The first modern robotic hand was created by Heinrich Erst in 1961. The first industrial robot was invented in 1962 and named as 'Unimate'. General Motors used the robot to perform repetitive or dangerous tasks on its assembly line.
The year 1966 holds special place in the history of robotics. It was during this year, when the Stanford Research Institute came up with the concept and creation of 'Shakey', the first mobile robot ever created until that time, which could know and react to its own actions. Victor Scheinman, a Mechanical Engineering student working in the Stanford Artificial Intelligence Lab (SAIL) created the 'Stanford Arm' in 1969. In 1970 - the researchers there built the Stanford cart, an intelligent line-follower robot. In order to assemble machines from small parts, Victor Scheinman invented the 'Silver Arm' robotic arm, in 1974. It made use of touch sensors.
Robotics reached its advanced stage in the later half of 20th century. In 1976, Shigeo Hirose came up with an innovative robot - the Soft Gripper - at the Tokyo Institute of Technology. It was designed to wrap around an object. In 1977, NASA launched its highly automated Voyager probe, in order to explore the outer solar system. In the same year, the super-hit Sci-Fi movie - Star Wars was released, which depicted the strongest image of human being's future with robots. In 1986, automaker Honda started a humanoid robotics program, which had 11 versions from 1986 through 2008.
Towards the end of 20th century, robotics saw a sea change in terms of the functionality of the robots. With the passing time, robots emerged as highly sophisticated machines, which could recognize environment, distinguish sounds very easy and observe the moving objects. Some of the wonderful inventions were 'RoboTuna', developed and built by David Barrett, in 1996. 'Gastrobot', a robot that digests organic mass to produce carbon dioxide, was developed by Chris Campbell and Stuart Wilkinson at the University of South Florida, in 1996. Three years later, in 1999, Sony released the AIBO robotic pet.
Present Day
The advent of the millennium saw further development in the field of robotics. In 2000, Honda introduced humanoid robot - ASIMO. Sony launched its third generation robotic pet in the market in 2003. It was named as 'AIBO ERS-7'. In The present time, Robots emerged as machines that could follow along with a human by holding hands. Today, with the advancement of science and technology, the researchers are coming up with innovative ideas to create robots that could simplify the sophisticated tasks, which are otherwise done with intense hard work, with work force. Robotics is a developing science.
How to Cite