The invention of television involved the work of many inventors and engineers. Explore this article to know interesting & amazing information on the history, origin & background of TV.

Television, TV for short, is a telecommunication medium that is used to transmit and receive moving images, either monochromatic or color, usually accompanied by sound. The word television has been derived from Latin and Greek words, which mean “far sight”. It took many inventors and engineers in various countries, over several decades, to develop the modern television. The history itself is complex and far-reaching. Television was developed over two overlapping lines, namely mechanical and electronic principles. Today, TV is a source of entertainment to people of all age groups. It has become an integral part of homes and it’s hard to imagine life without it. Read on to explore more interesting and amazing information on the origin and background of television. 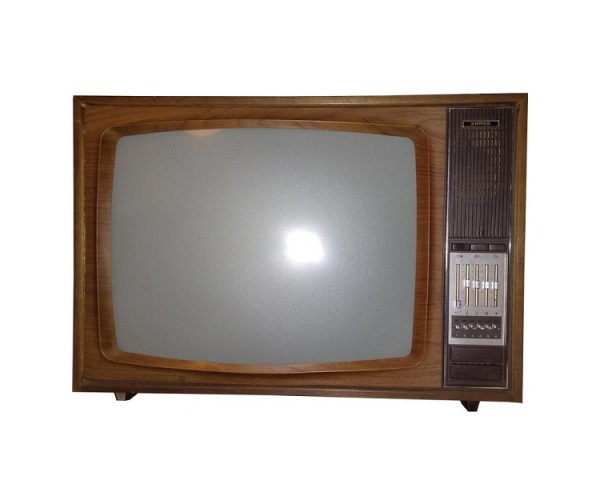 Interesting & Amazing Information On Origin & Background Of Television
The early stages of development of television saw inventors employing a combination of optical, mechanical and electronic technologies to capture, transmit and display a visual image. In the late 1800s, the first images were transmitted electrically via early mechanical fax machines, including the pantelegraph. Shortly after the invention of the telephone (around 1878), the concept of electrically powered transmission of television images in motion was sketched, which later came to be known as the telephonoscope. The science fiction authors stated that some day, light would also be transmitted through wires, just like sound.
In 1884, a 20-year old German student, Paul Gottlieb Nipkow patented the first electromechanical television system that employed a scanning disk (a disk with a series of holes spiraling towards the center) for rasterization. These holes were located at equal angular intervals, in such a way that the disk would allow light to pass through each hole in a single rotation and onto a light sensitive selenium sensor, which produced the electrical pulses. Nipkow’s design was useful for transmitting still “halftone” images only. It wasn’t practical until amplifier tube technology was further advanced.
With time, came up designs that used a rotating mirror-drum scanner to capture the image and a cathode ray tube (CRT) as a display device. Even then, moving images were not available due to poor sensitivity of the selenium sensors. In 1907, a Russian scientist named Boris Rosing used a CRT in the receiver of an experimental television system. To transmit simple geometric shapes to the CRT, he used mirror-drum scanning. In 1925, Scottish inventor John Logie Baird exhibited the transmission of moving silhouette images in London.
Baird further displayed moving monochromatic images in 1926. The scanning disk produced by him revealed an image of 30 lines resolution, which was sufficient to discern a human face, from a double spiral of lenses. In 1927, Baird became the first person to invent a video recording system called “Phonovision”. He used conventional audio recording technology to modulate the output signal of his TV camera, down to the audio range and capture the signal on a 10-inch wax audio disc. A few of his “Phonoviosn” recordings survived and were decoded and renewed into viewable images in 1990s, using modern digital signal-processing technology.
In 1926, Hungarian engineer Kalman Tihanyi used fully electronic scanning and display elements to design a television system that employed the principle of “charge storage” within the scanning tube. Another Russian inventor Leon Theremin developed a mirror drum-based television system, which used interlacing to achieve an image resolution of 100 lines in 1927. In the same year, Herbert E. Ives of Bell Labs transmitted moving images from a 50-aperture disk. It produced 16 frames per minute over a cable from Washington to New York City, and from Whippany in New Jersey, via radio. The screens used were 24 by 30 inches (60 by 75 cm).
Philo Farnsworth developed a working television system that included electronic scanning of both the pickup and display devices. He first displayed this system to the press on September 1, 1928. Germany was the first country to put television into practice, in 1929. The Olympic Games held in Berlin in 1936 were broadcasted on television stations in Berlin and Leipzig for the public, to enable them to view the games live. The first flat panel system, plasma television was developed by Kalman Tihanyi in 1936. The modern changeable television receiver was first invented by Louis Parker, who received its patent in 1948.
The mountains of Pennsylvania gave birth to the cable television that was formerly known as Community Antenna Television or CATV in 1940. The first successful color television system was commercially broadcasted by the FCC on December 17, 1953. In 1950, Zenith Electronics Corporation developed the first TV remote control called “Lazy Bones”, which first entered the American homes in June, 1956. On August 19, 1950, American Broadcasting Company aired Saturday morning TV shows for children for the first time. Donald Bitzer, Gene Slottow and Robert Willson collectively invented the first prototype for a plasma display monitor in 1964.
On July 20, 1969, as many as 600 million people watched the first TV transmission from the moon. By 1972, around 50% of the televisions used in homes were colored. In 1982, Dolby surround sound for home sets was introduced. In 1996, the web TV rolled out. The year 2000 saw DVDs taking over the market, which later became a major player in the home entertainment field. Flat Screen TVs and HDTV later came to take over the market. Today, it is Plasma TVs and LCD TVs that have the television viewers hooked on!
How to Cite