The history of iPod covers an intriguing process, involving different stages of development and modifications. Read on to know interesting information on background & origin of iPod.

The invention of iPod came as a giant leap for mankind, in making digital players handy and more user-friendly. The product was first launched on October 23, 2001, by one of the pioneers in consumer electronics and computer application goods - Apple Inc. Apart from being used as a form of digital music player, the device has come to serve the purpose of data storage and even video games can be played on different versions of the product. The current iPod line comprises of iPod Classic, iPod Nano, iPod Shuffle and iPod Touch, each of which has its own classic features and working modes. Have you ever wondered about the history of iPod, as to how it came into existence? If yes, then do make sure to browse through the following lines. 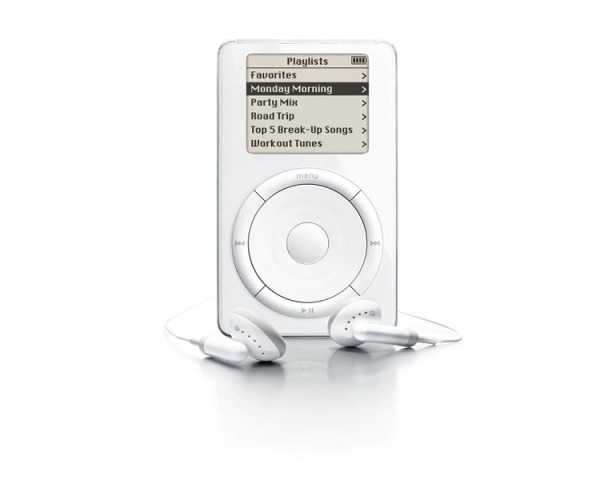 Interesting Information On Origin & Background Of iPod
A few years back, the growing need for personalized digital gadgets led Apple to develop its own range of products, as they found that the existing players had hideous user interfaces. They were either big and clunky or small and completely useless. So, under the order of CEO Steve Jobs, Jon Rubinstein (the hardware engineering head of the organization), along with Tony Fadell and Michael Dhuey, arranged for a team of engineers to develop and design the iPod line in less than a year’s time. However, the product was not entirely an in-house project, as the company hired the services of both PortalPlayer and Pixo, for the purpose. The latter aided the company in providing designs and implementing the user interface under the direct supervision of Steve Jobs. Portal Player (a fables semiconductor company), on the other hand, provided a reference platform to the organization, based on 2 ARM cores.
The production of iPod became an ongoing process and different modifications and alterations were made to give it a refined look. In October 2001, at the Cupertino campus of Apple Inc., journalists and gadget gurus from all over the world gathered to view the launch of the one of the biggest media gadgets of the 21st century, which revolutionized the entire technological world. The launch was made by the Co-founder and the Chief Executive Officer of the corporation, Steve Jobs. The opening line"the biggest thing about the iPod is that it holds 1,000 songs. This is a quantum leap because for most people it's their entire music library. This is huge." by Jobs, said it all, and the concept of iPod turned into a widely amassed mass product.
The start-up products, under the iPod series, included the iPod Mini and later, fonts were replaced to create new versions. With time, colored themes were incorporated, like the Mac OS X themes of Aqua progress bars. Even combination looks were adopted. The launch of the the 3rd generation iPod Nano and 6th generation iPod Classic gave a new look to the product, as once again, the fonts were changed and a Helvetica font adopted. In these generations, the entire screen was divided into two sections, with the display menu on the left side, and the remaining features, like videos and photos, on the right. In this way, Apple was able to bring all the big music labels on board, all revolving around the concept of iPod. And the rest, as people put it, is history.
How to Cite

How To Put Music On An Ipod

How To Transfer Music From iPod To iTunes