The history of cell phones dates back to few decades. Explore the article and learn interesting information on the background and origin of mobile phone.

Till a few decades back, owning a cell phone was something limited to members of the affluent class only. However, innovations and cost-cutting technologies, developed with the passing time, have made it emerge as a gadget that almost anyone and everyone can easily afford. Affordability has also led to mobile phones becoming an inevitable part of everyone's life. Talking about the origin of the device, we find information that is quite interesting. From the bulky hand-held devices, which were as big as the forearm, cell phones have turned into ultra-light and small handsets, with numerous features integrated into them. Go through the following lines and know all about the history of mobile phones. 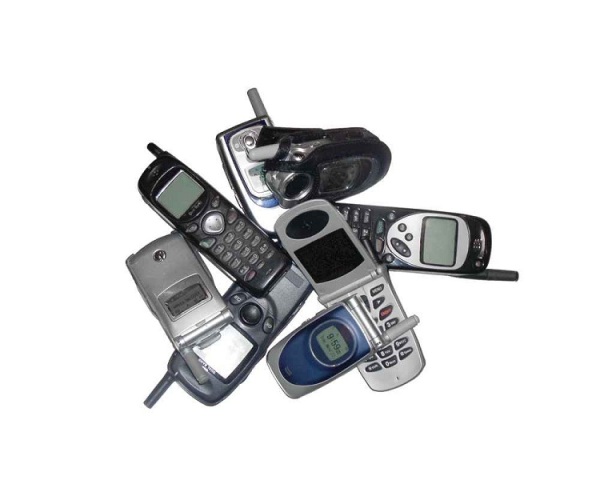 Interesting Information On Background & Origin Of Mobile Phone
Before the advent of mobile phone, radio telephony technology was in use. The first-class passenger trains, between Berlin and Hamburg, made great use of the technology in 1926. Radio telephone was also used in passenger airplanes and for the purpose of air traffic security. German tanks, during the Second World War, made use of radio telephony at a large scale. At that time, people were especially trained to use the equipment.
Two-way radios served as the predecessor of the present day cellular phones. Before the advent of handheld cell phones, two-ways radios, known as mobile rigs, were installed in vehicles like taxicabs, ambulances and police cruisers, that too permanently. Since mobile radios were not connected to the telephone network, people could not dial them from their home phones. However, this technology gained immense popularity among mobile radio users.
Later version of mobile radio phones came to be known as "bag phones", which came with integrated cigarette lighter plug. Installed in a vehicle permanently, they were used either as mobiles or as portable two-way radios. Later on, in the beginning of 1940s, Motorola Company came with a new development in the field of mobile phones - a backpacked two-way radio, called "Walkie Talkie". It was a large and bulky handheld two-way radio, as big as a man's forearm. Known as battery operated "Handie-Talkie", it found a use in the US military.
An important turning point in history of cell phones came with the development of mobile phone base stations. In 1947, Bell Labs Engineers developed mobile phone base stations. In the same year, hexagonal cells for mobile phones were introduced by Douglas H. Ring and W. Rae Young. Philip T. Porter, an engineer of Bell Labs, proposed that the cell towers should be positioned at corners of the hexagons, instead of center. He argued for directional antennas, in order to transmit or receive signals in three directions, into three adjacent hexagon cells.
It was Ericsson Company that released world's first fully automatic mobile phone system, called MTA (Mobile Telephone System A), in Sweden, in the year 1956. Although the gadget was operated automatically, it didn't impress the users, because it was very bulky. It weighed around 40 kg. An upgraded version of the MTA was introduced later on, in 1965 to be precise, which was comparatively lighter. The gadget, known as MTB, used DTMF signaling.
The experimental model of a wearable automatic mobile phone was developed by Leonid Kupriyanovich in Moscow, in 1957. The young engineer, who had also developed radiophone, named it as LK-1. The gadget was operated with a base station. With a battery life of 20-30 hours, it operated within a distance of 20-30 km and weighed 3 kg. Leonid patented the mobile phone in 1957 and developed a pocket version of the mobile phone, weighing 0.5 kg, in the following year.
A pocket mobile phone, which operated automatically, was developed in Bulgaria, in the year 1966. Known as RAT-0.5, the phone was coordinated with base station RATZ-10. Further development in the field of cell phones was recorded in the year 1967, when it was decided that each mobile phone should stay within the cell area, serviced by only one base station, throughout the duration of the phone call.
Though it was a novel concept, the requirement of one base station broke the continuity of automatic telephone service to mobile phones, which moved through different cell areas. Three years later, in 1970, Amos E. Joel a Bell Labs engineer, invented an automatically operated "call handoff" system. This system permitted the mobile phones to move through several cell areas, during a phone call, without the loss of conversation.
In 1971, AT&T Incorporation proposed a cellular service, which was approved by the Federal Communications Commission (FCC) later on. Another development in the history of cell phones came with the success of ARP network, which was launched in Finland, in the year 1971. It was one of the first commercial mobile phone networks in the world and is, sometimes, called the Zero Generation cellular network (0G) as well.
The invention of the gadget closely resembling the present day cell phones is credited to Dr. Martin Cooper, a researcher and employee of Motorola. He developed the first cellular phone, named Motorola DynaTAC, on 3rd April 1973. The phone was 9 inches long, 5 inches wide and 1.75 inches thick. It weighed 2.5 pounds and carried 30 circuit boards within it. With a recharge time of 10 hours, it provided a talk time of 35 minutes. The user could talk, listen and dial phone numbers using the cell phone. However, it didn't have a display screen. With the passage of time the refinements in cell phone design took place and today we have cell phone that act as smartphones. These cell phone works as mini computers and are equipped with camera, MP3 players and other features.
How to Cite