Locks have been used to secure doors against intruders since ancient times. Explore this article to know interesting & amazing information on the history, origin & background of locks.

A lock is a concealed mechanical puzzle with only one or a few solutions. It can be defined as “a mechanical or electronic fastening device which may be used on a door, vehicle or container, restricting access to the area or enclosed property.” The historians themselves are unsure as to when the first lock was invented, since there is no written history regarding the same and most of the materials used for making locks at that time are not found today. The oldest known lock can be credited to the ancient Egyptians, about 4000 years old, which was discovered in Persia in 1842. Different civilizations developed the lock independently, some of them being the Egyptians, Greeks, Chinese and Romans. These old locks became the building blocks upon which the modern technology of locks was built. Read on further to know more interesting and amazing information on the history, origin and background of locks. 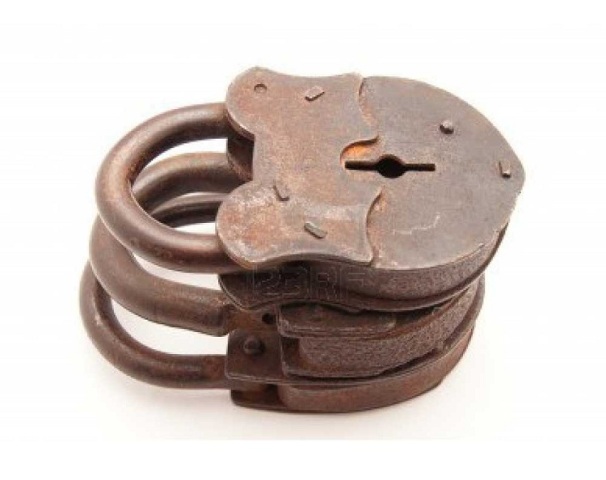 Interesting & Amazing Information On Origin & Background Of Locks
The earliest known lock is the Egyptian lock that originated in Near East, around 4000 years back. It was found in the ruins of the Palace of Khorsabad, near Nineveh, the ancient capital of Assyria. This lock, also known as the pin-tumbler type, was a result to the problem of how to open a barred door from the outside. The first and simplest locks consisted of a bar of wood or a bolt across the door. A hand-size opening was made in the door to open it from outside. This opening was later developed into a much smaller hole, through which a long wooden or metal prodder, when inserted, lifted the bar or bolt. The earlier locks were up to 2 feet long and their keys were long, wooden bars resembling a toothpick.
The first metal locks were built by the ancient Romans. These iron locks and bronze keys are easily recognized even today. The Romans improved the Egyptian locks by adding wards, such as projections and obstructions inside the lock, i.e., the key must bypass in order to work and thus, open the lock. They also invented the portable padlock with a U-shaped bolt, which is believed to have been invented independently by the Chinese. Some Roman locks had springs in them, which were used to hold the tumblers in place. Eventually, the locks were made so small that their keys could be worn by the Romans on their fingers as rings.
In the medieval times, the design of the locks changed. The focus was to make them more elaborate and beautiful. Lock-making, during this time, developed into a skilled trade. The medieval locks were characterized mainly by their high degree of lavish embellishment. However, they did not provide a great deal of security against the determined and skilled thief and were easy to pick and open, especially with the elaborate warding systems. Lock puzzles came into existence later on, which were used to obscure the locking mechanism and provide a non-functioning lock for the thief to waste time on.
In 1778, a double-acting tumbler lock was the first reasonable improvement in lock security. This lock was patented by Robert Barron. A safety lock was then patented by Joseph Bramah in 1784, but was unpickable for nearly 67 years. Finally, A.C. Hobbs picked it up after trying for 50 hours. Linus Yale, Sr. invented a pin tumbler lock in the year 1848, which was improved upon by his son, Linus Yale, Jr. in 1861. He used a smaller, flatter key with serrated edges, which still form the basis of modern pin-tumbler locks. He also developed the modern combination lock in 1862.
Today, the mechanical locks are a variation of the three basic types of locks: the early Bramah lever, the Yale cylinder and the combination lock. Sometimes, a single lock can combine features of each variety. Magnetism is also being used to operate a Yale-type lock. The lock has keys with no serrations and contains several small magnets. The magnets repel magnetized spring-loaded pins inside the lock, when a key is inserted and raised to open it. Hotels have switched to using special plastic cards with magnetic strips on them. They are inserted into a slob usually just above the doorknob. The cards open the door using electronic systems.
How to Cite