A telephone is a device that Is used to transmit and receive voices over long distances. Read on to find out more about the history and origin of the telephone.

The telephone is a device that is used to transmit and receive sound, most commonly speech, between two people. It has become one of the most common household items today. Most of the telephones operate by transmitting electric signals over some kind of network. The telephone network allows the phone user to communicate with the other party. Here, in this article, we will tell you about the history, background and origin of the telephone. So, read on to find out some interesting information about the telephone. 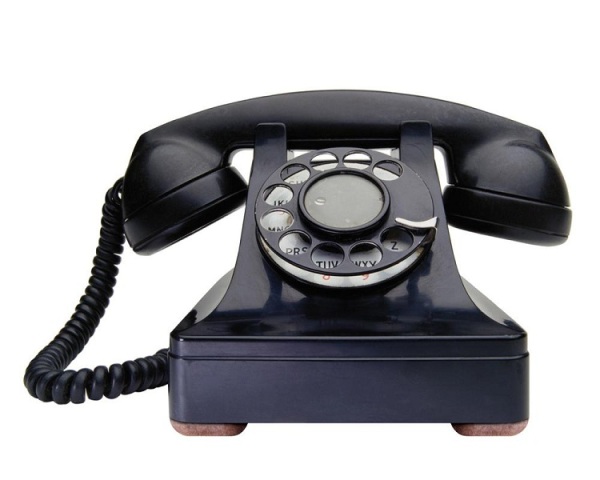 Interesting Information On Background Of Telephone
It still remains a mystery as to who discovered the electric telephone. Great inventors like Innocenzo Manzetti, Antonio Meucci, Johann Philipp Reis, Elisha Gray, Alexander Graham Bell and Thomas Edison have all been credited with the pioneer work on the telephone. Before the actual electric telephone was discovered, there were mechanical devices that used to transmit spoken words over a distance.
The first mechanical telephone used to transfer sound and voices through the use of pipes and other such physical media. In certain evidences that are found, it is mentioned that the Chinese inventor Kung-Foo Whing invented a device known as thumtsein which transported speech through the use of pipes. Another kind of telephone which remained famous for many centuries was the string telephone. It functioned by connecting two diaphragms with a string or wire which transmitted sound from one diaphragm to the other through mechanical vibrations.
As far as the invention of the electronic telegraph is concerned, it is believed that in 1809, Samuel Thomson von Soemmering created the first electrical telegraph. However, the first electrical telegraph that was built for regular communication was created by Baron Schilling in 1832.
Samuel Morse, in 1837 independently developed an electrical telegraph and patented it in his name as well. Alfred Vail, who was his assistant, developed a kind of character encoding system for transmitting this telegraphic information, using standardized sequences of short and long elements. This came to be known as the Morse Code.
The first electrical telegraph for commercial use however, was constructed by Sir William Fothergill Cooke. It was used by the Great Western Railway in Britain. Its length was 13 miles and ran from Paddington station right upto the West Drayton, and started its operation on 9th April, 1839.
It was in the year 1858 that the first transatlantic telegraph cable was completed successfully. It was sent by the United States and was received by the Great Britain. This was the first time that telegraphic communication was possible between two countries. Transatlantic telegraphy was tried earlier as well, but it failed only after a few days or weeks.
As far as the invention of the modern day electronic telephone is concerned, it still remains a mystery and an area of dispute. Right from Alexander Graham Bell to Antonio Meucci and Johann Philipp Resi, all have been credited with the invention. However, Alexender Graham Bell is widely considered as the father of telephone. But, as far as the modern day telephone is concerned, it is not only the work of one great inventor, but many.
The latest development in telephone uses the Internet Protocol or IP to transmit voice. It is a service which is based on the VoIP or Voice over Internet Protocol technology and has been rapidly growing ever since it was first introduced. VoIP or IP telephony uses a broadband internet connection to transmit voices. These voices are transmitted as voice packets over the data cables.
The following list provides a brief summary of the history of the telephone:
How to Cite