Check out some interesting information on the origin & history of microscope.

Probably, all of us are aware of microscope, which was an implausible object as it magnified petite things to the level of amazement. Though many of us must have been curious to know as to how it worked, few of us would have thought about its origin and history. The process began with the invention of glass in the first century AD. The Romans experimented with the various shapes of glasses, some of which were thick in the middle and thin at the edges. With this, they discovered that if any of these glasses was held over an object, it would look larger. 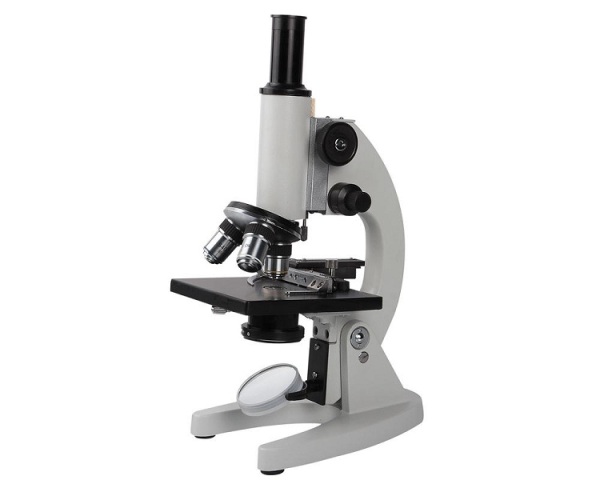 Interesting Information on Background of Microscope
The capability of burning something by focusing sun rays on it was also discovered during the same time (first century AD). These glasses were known as magnifiers or burning glasses. The exact origin of lenses is not known and some are of the belief that the word ’lens’ is derived from the Latin word ‘lentil,’ as they resembled the shape of the lentil bean. During the 13th century, these lenses were used by the spectacle makers to make wearable glasses. The microscopes in the earlier days were extremely simple, having only magnifying glasses.
It was very interesting to see fleas and other tiny insects under these glasses as they were enlarged to a great extent. In effect, these magnifiers came to be known as ‘flea glasses.’ In the 16th century, two Dutch spectacle makers, Zaccharias Janssen and his father Hans went on to experiment with these lenses. They put several lenses in a tube and discovered that the object placed at the end of the tube was greatly enlarged, more than any magnifying glass was capable of. Unknowingly, they invented the compound microscope, which utilizes more than one lens.
This news reached Galileo, after which he experimented further on the discovery. As an outcome of his experiments, he worked out the principles of lenses and added a focusing device to his microscope. Rightly said as the father of microscopy, Anthony Leeuwenhoek of Holland became very interested in lenses as he worked with magnifying glasses in a dry goods store. With this interest, he went on to make lenses. He made small lenses with great curvatures, with the help of grinding and polishing. As these lenses could produce great magnification, he became intensely interested in science.
With the help of his advanced microscope, he viewed things, which were never seen before such as bacteria, yeast, blood cells and many tiny animals swimming about in a drop of water. All his life, Leeuwenhoek was dedicated to the development of the device through great contributions, many discoveries and research papers. Besides, Robert Hooke was also quite interested in microscopes and approved Leeuwenhoek’s claims. He even designed his own microscope with improved design and capabilities. As a result, he is designated as the English father of microscopy.
In the 19th century, only a few major developments were made and many European countries started manufacturing fine optical instruments. However, the American company founded by Charles Spencer produced unmatched fine optical instruments, which have changed little to this day. Nevertheless, the problem faced with simple microscopes was that even with perfect lenses and perfect illumination, they could not be used to distinguish objects that were smaller than half the wavelength of light. So, for this reason scientists had to bypass all light and use the illumination medium, which had a shorter wavelength.

The problem was solved after the invention of electron microscope. It was co - invented by Ernst Ruska, for which he won the Nobel Prize in 1986. An electron microscope utilizes electrons rather than light to view an object. Electrons are speeded up in a vacuum until their wavelength is extremely short, about merely one hundred-thousandth in comparison to white light. This made possible to view objects as small as the diameter of an atom. In the year, 1981, Gerd Binnig and Heinrich Rohrer invented the scanning tunneling microscope, which provided three - dimensional images of objects on the atomic level. For this, they were awarded Nobel Prize in Physics. In fact, the scanning tunneling microscope is the most powerful microscope till date.