Internet is the most potent human technological invention, which has an interesting background. Grab more information on origin & history of Internet.

Internet, also known as the ‘World Wide Web’, has changed our lives significantly. The origin & history of internet date back to 1960s, when developers saw great potential in computers, with regard to sharing information on scientific and military research. In 1962, J.C.R Licklider proposed a global network of computers and later that year, moved on to Defense Advanced Research Projects to actually develop it. After sometime, the theory of packet switching was developed by Leonard Kleinrock, which formed the basis of internet connections. 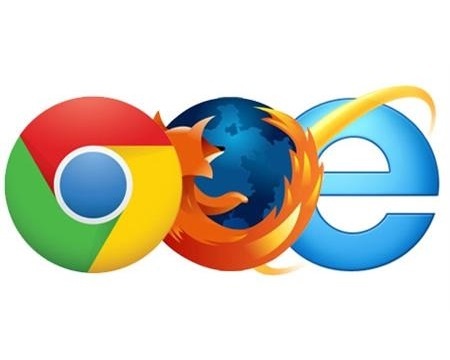 In the year 1965, Lawrence Roberts of MIT connected a Massachusetts computer with a California computer over dial-up telephone lines. This established the viability of wide area networking and even proved that the telephone line's circuit switching was inadequate. Thus, Kleinrock's packet switching theory was confirmed. In 1966, Roberts shifted to DARPA, to develop his plan for ARPANET. The dream was realized in 1969, when ARPANET was brought online.
This took place as per a contract renamed Advanced Research Projects Agency, which connected four major computers at universities in the southwestern US. With time, more and more members joined the contract. Thus, internet was initially known as ARPANET. The present day internet was actually designed to device a communication network that would be operational even if a few sites were destroyed by nuclear attack. This would mean that if direct route was unavailable, routers would direct traffic around the network, via alternate routes.
During its early stage of inception, internet was primarily used by computer experts, engineers, scientists and librarians. As there were no personal computers in that age, the users were few, who had to learn a complex system of operation. In 1972, for the first time E-mail was adapted for ARPANET, by Ray Tomlinson of BBN. It was he who used the symbol @ on his teletype to link the username and address. In effect, the ftp protocol, enabling file transfers between Internet sites, was published as a Request for Comments (RFC) in 1973, thereby being electronically available to anyone who used the ftp protocol.
In the 1970s, internet matured further, with the invention of TCP/IP architecture first proposed by Bob Kahn at BBN and further developed by Kahn and Vint Cerf at Stanford. It was later adopted by the Defense Department in 1980 and universally, in 1983. In 1978, UNIX to UNIX Copy Protocol (UUCP) was invented at Bell Labs, which formed the basis of Usenet. This was used by newsgroups for discussion on topics, thereby providing a means of exchanging information throughout the world.
After this, BITNET (Because It's Time Network) arrived, which when connected with the internet allowed exchange of e-mail, especially e-mail discussion lists. In the year 1986, the National Science Foundation funded NSFNet, as a cross country 56 Kbps backbone for the Internet, and even laid down rules for its non-commercial government and research uses. As the commands for e-mail, FTP and telnet were standardized, internet usage became quite easier for non-technical people.
However, with more and more usage of the net, Internet index was created in 1989. The introduction of the World Wide Web took place in 1991, which was based on hypertext. The system included inserting links in text, to link to other text, which you have been using every time you selected a text link while reading these pages. In 1993, the protocol got a big boost by the graphical browser ‘Mosaic’ by Marc Andreessen and his team, at the National Center for Supercomputing Applications (NCSA).
Andreessen was aslo the mastermind behind Netscape Corp., which produced the most successful graphical type of browser and server until Microsoft declared war and developed its MicroSoft Internet Explorer. Since Internet was initially funded by the government, its usage was limited to research, education & government application, strictly prohibiting commercial use. This continued till early 1990s, when independent commercial networks began to grow. As a result, it became easy to route traffic across the country from one commercial site to another, without passing through government funded NSFNet Internet backbone.

The first national commercial online service to offer Internet access to its subscribers was Delphi. In 1992, it offered an email connection and full Internet service. In 1995, the limitations on commercial use disappeared, as National Science Foundation ended its sponsorship of the Internet backbone. After this, the commercial market saw a major shift, with Bill Gates Microsoft's full scale entry into the browser, server, and Internet Service Provider. In 1998, Windows 98 was launched, with the Microsoft browser well integrated into the desktop. Since then, the company as well as internet hasn’t looked back.

History Of Wii
Pros And Cons Of Internet Advertising