The computer has a fascinating history behind it. Check out interesting information on the origin and background of the computer.

The world has become a small place, thanks to the computer. Almost every country in the world uses upgraded technology and has improved its standard of living due to the invention of the computer. Ever wondered where it all started? The question itself is fascinating and it is truly surreal to imagine the very origin of computers. Many years back, the word ‘computer’ was used to address a person who did the calculations and computing work, day in day out. Today, the computer is defined as a programmable electronic device that can store, retrieve and process data. The earliest calculating device was the abacus, after which logarithms were discovered. Scroll down below to know more on the history and origin of computers. 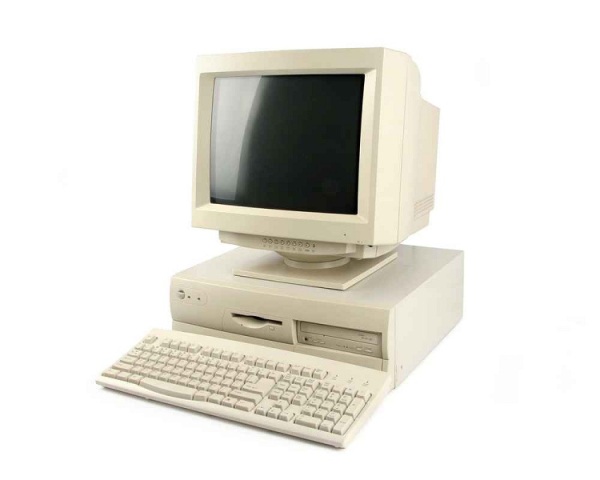 Interesting Information on the Background of Computers
In 1640s, the first mechanical calculator was manufactured for commercial purposes. Blaise Pascal invented the first commercial calculator, which was a hand-powered adding machine. In 1670s, Gottfried Liebnitz made attempts to invent a calculator that multiplied mechanically, but the first multiplying calculator appeared in Germany just before the American Revolution. This was a gigantic step taken in the world of computing that laid the foundation for inventing computers. In the year 1801, Joseph-Marie Jacquard, Frenchman, built a loom that weaved by reading the punched holes on sheets of hardwood. This loom was created almost 140 years before the computer was invented.
Right after the first commercially manufactured calculator in the year 1820, Charles Babbage began his quest to develop a machine that was used for programming. The first programmer, Ada Lovelace used the machine invented by Babbage to mechanically translate a short written work. A decade later, a professor of mathematics named George Boole, came out with ‘An Investigation of the Laws of Thought’, and is considered as the Father of Computing Science. In 1890, the census was tabulated on punch cards on a system that used electric power. This was developed by Herman Hollerith of MIT.
Prior to this invention, the first printing calculator was introduced in the year 1892 by William Burroughs. Though the first model was hand-powered, an electronic one was introduced soon after. Unaware of the work of Charles Babbage, Vannevar Bush of MIT also built a device, which he named as differential analyzer. Though it can handle simple calculus problems, accuracy was still not upto the mark. It was then that problems arose as to who invented their device first. Due to poor record keeping and documentation of inventions, one could not really decide which device was invented when.
During the year 1935, a German construction engineer named Konrad Zuse develops a mechanical calculator to handle math and calculations in his profession. He then started developing a programmable electronic device and finished it in 1938. In the year 1936, John Vincent Atanasoff started working on developing a digital computer in a campus in Iowa. It was designed to solve linear equations that were much common in physics. However, he left his job for a new offer in Washington.
In the year 1937, the Germans developed a complex mechanical encoder named the Enigma and believed it to be unbreakable. Alan Turing proposed the idea of developing a Universal Machine, which would be capable of computing any algorithm. In this year itself, George Steblitz created his machine named Model K(itchen), which was an accumulation of otherwise ineffective and leftover material, in order to solve complex calculations. The design was improved while he was working at Bell Labs and on September 11, 1940, he used the teletype machine to transmit a problem from New Hampshire to his Complex Number Calculator in New York. The problem was met with success and this was the first example of a network.
The Enigma was broken by a machine called Colossus Mark I in Poland and then in Britain and US. After this, computers were built that could break not just German but Japanese codes as well. Then came the creation of integrated circuit technology and microprocessors, which decreased the size and cost of computers. The personal computer or PC was created in the 1980s and with the advent of the internet shortly after, computers slowly became essential part of urban households.
How to Cite

How To Connect Two Routers On One Home Network