Video games have become ‘quintessential’ for the entertainment of kids and adults alike. Check out the history & origin of video games, with the interesting background information given here.

Video game can be described as a game in which there is an interaction with a user interface. This interaction leads to the generation of a visual feedback on a video device. Though traditionally, the word ‘video’ in ‘video game’ was taken to mean a raster display device, it is now used in reference of any type of display device. The electronic systems that are used to play video games are known as platforms and range from large computers to small palmtops. In case you want to delve into the origin of video games, make use of the information provided below. 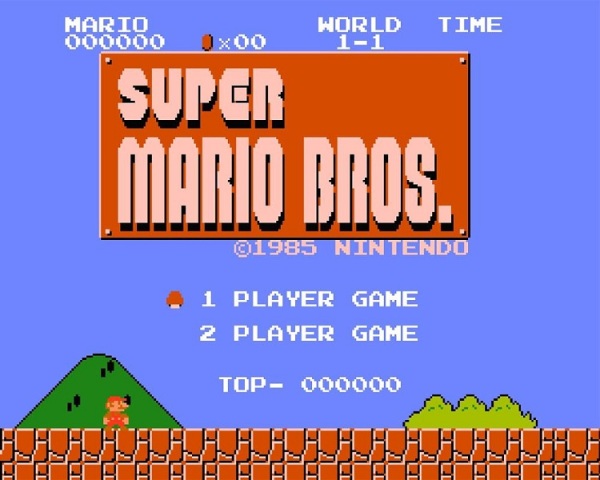 Interesting Information on Background of Video Games
The history of video games is not as simple and as straightforward as most of the other games. Ralph Baer was a TV engineer, who worked at Loral, a TV company. In the year 1951, his Chief Engineer, Sam Lackoff, asked him to build the best television set in the world. However, Ralph wanted to build something more than a TV, he wanted to introduce the concept of playing games on it. Though the basic idea came into being, it could not see implementation, as Ralph’s boss discarded it.
The first game, to be played on a Cathode Ray Tube (CRT), was designed by Thomas T. Goldsmith Jr. and Estle Ray Mann, in the year 1947. Goldsmith and Mann filed for a patent the same year and received it the following year i.e. in 1948. The first video game made use of eight vacuum tubes (four 6Q5 triodes and four 6V6 tetrodes). It simulated the process of a missile being fired at a target, revealing its inspiration to be the radar displays used during World War II. There were several knobs that allowed the player to adjust the curve and speed of the missile.
In the absence of electronically drawn graphics, small targets were placed on the CRT, drawn on a simple overlay. Since the game did not generate video signals for a raster scan display, like an ordinary TV set or monitor, it could not be classified as a video game. In the year 1952, A.S. Douglas was working for a PhD degree at the University of Cambridge (UK), which had an EDSAC vacuum-tube computer. It used a cathode ray tube to display the contents of one of the 32 mercury delay lines and had a 35x16 pixels display.
Douglas wrote his thesis on the Human-Computer interaction. He also illustrated it, with a graphic Tic-Tac-Toe game, displayed on a cathode ray tube. This incident became the earliest invention of a graphical computer game. Willy Higginbotham became the next person to create a computer game, in 1958. For the purpose, he linked an analog Donner computer to an oscilloscope and used it as display. The game was for being played by two people and was known as ‘Tennis For Two’.
After being exposed for two years, the game was dismantled. It was only in 1997 that the game was rebuilt, by engineers at Brookhaven, for the 50th anniversary of the BNL labs. The year 1961 saw three students of the MIT experience vector graphics on a DEC PDP-1 computer. It involved two spaceships shooting each other. Though the game looked like a video game, it did not use a video display and thus, could not be classified as a video game. However, it did serve as the predecessor of the most common video games of the 1970s.
It was in September 1966 that Ralph again started working on his 1951-concept and building the first video game prototypes. Thus, Ralph is credited to be the inventor of video games. On the basis of his original ides, he created seven prototypes that played several video games. The first playable game made by him was a Chase Game, which involved two squares chasing each other. The last prototype, known as Brown Box, was built in 1968 and played Ball & Paddle games, Target Shooting games and a number of others.
He then set out on the task of making presentations of his video games before TV manufacturers. It was in the year 1971 that Magnavox signed an agreement with Ralph. The next year, in May, the first video game system of the world, Odyssey, was released. With this, the era of PONG games and derivates just started. Soon, it spread throughout the world, coming to an end in the early 1980s. Video games started in the USA with the Magnavox Odyssey (first home video game), in May 1972, and Atari (their first PONG arcade game), Nov 1972.

With time, the games became extremely popular and started being sold by many companies. Europe was introduced to the concept of video games in 1974. General Instruments released the first low-cost chip and allowed the building of a complete PONG system, with few external components. This resulted in the creation of a whole video game industry. Hundreds of manufacturers came into being and released their own line of PONG video games around the world. From being a PONG game to being a Playstation, video games have come a long way.