St. John-the Unfinished is not just World’s fourth largest Christian church, but also a symbol of New York’s religious sentiments. Check out some fun facts about Cathedral Of St. John The Divine.

Located at 1047 Amsterdam Avenue, New York, in Manhattan's Morningside Heights is the Cathedral Church of Saint John the Divine in the City and Diocese of New York. The church also known as “The Cathedral of St. John the Divine” is the Cathedral of the Episcopal Diocese of New York. This church gives an old-world feeling complete with medieval architecture against the backdrop of one of the most modern cities in the world. The church is relatively young and is one the few churches in United States, which exhibit Gothic and Romanesque architecture. Unites States, being a nation fairly younger to other Christian countries, has very few churches that date back to the medieval times and this church though recent in construction, still exhibits a lot of the old-world charm. Let us look at some of the most interesting features of this marvel. 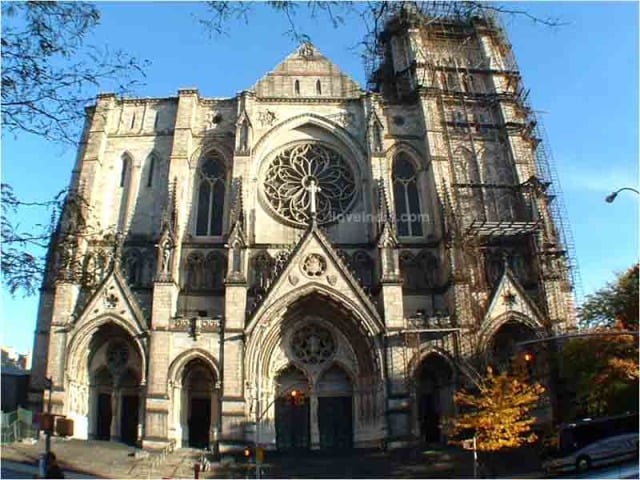 Interesting & Fun facts About The Cathedral of St. John the Divine
How to Cite