Standing smart and strong on a sea green granite base dressed in oilskins on the long, narrow Stacy Esplanade is the Gloucester Fisherman’s Memorial. The eight-foot tall, bronze statue of a helmsman seems to stand on the sloping deck of the ship overlooking the Gloucester Harbor and straining to hold the wheel firmly, until the peril is passed. This momentous cenotaph sculpture is situated on South Stacy Boulevard near the entrance of Stacy Esplanade in Gloucester, Massachusetts in United States of America. The remarkable monument is dedicated to over ten thousand Gloucester fishermen, who sacrificed their lives at sea, while earning their living, as the occupation of a fisherman is considered to be the most dangerous in America. Browse through the following lines to know more interesting and fun facts about the Gloucester Fisherman’s Memorial. 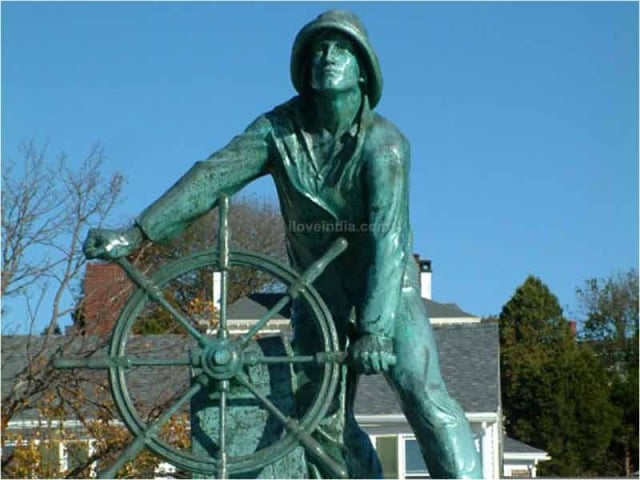 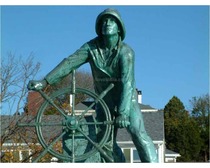 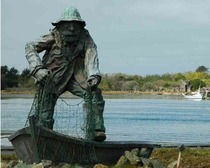