Genoa is a beautiful city located in northern Italy. Find out what gives this majestic port city the title “la Superba”. Also, check out some things to do when in Genoa.

Things To Do In Genoa

Location: In the region of Liguria, Northern Italy 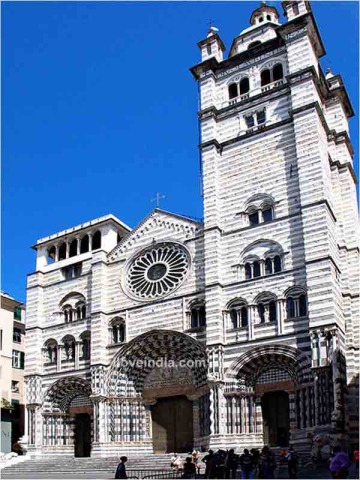 Language: Ligurian, Italian
Best Time to Visit: May to September
Time Zone: Central European time (UTC+1)
Main Attractions: Galleria Nazionale di Palazzo Spinola, Palazzo Tursi, Via Garibaldi, Bagni Nuovo Lido, Orto botanico, Palazzo San Giorgio, Cattedrale di San Lorenzo
Genoa is a city which dates back to the ancient ages even preceding the Roman and Greek empires. The city was home to greats such as Christopher Columbus and Andrea Doria. A super power for more than 500 years since 1100 AD, Genoa’s importance fell when the trade routes altered away from the Mediterranean. Under Napoleon, Genoa came to be known as the “Ligurian Republic”. Throughout history, Genoa has been war struck and controlled by different empires. Fortunately, today the city is regarded as one of Europe’s culturally rich cities and was even tagged as European Union’s “Capital of Culture” in 2004. Genoa is home to beautiful art and architecture from the Middle Ages and renaissance period. Check out what this city nicknamed “La Superba” (The Superb One) holds for you when you visit it.
Genoa Tourist Attractions
Joyous Blues!
The city boasts of nine wonderful beaches where you can soak up the sun while enjoying the beauty of Mediterranean Sea. Bagni Nuovo Lido is the famous beach which also houses a sports complex. For adventure enthusiasts, Genoa forwards exciting options, right from scuba diving to water riding. You can also visit Orto botanico, which is a park where you can stroll around enjoy the breeze.
Looking For Art?
Genoa is the home to numerous art museums, and aesthetically designed buildings. Number one on the list is definitely the Galleria Nazionale di Palazzo Spinola, which is one of the most wonderful art museums in Europe and also a historical structure. Also, don’t miss the Palazzo Tursi, a pink palace overlooking an elegant street which houses the famous Guarneri violin of Paganini.
Stroll Your Way
Take a soft stroll through the beautiful streets of Via Garibaldi, earlier called Strada Nuova. A part of the UNESCO World Heritage Sites since 2006, the street is home to the famous art college, Musei di Strada Nuova and the Palazzo del Principe. You can enjoy the old world charm in the Caruggi District, which is again rich in heritage.
Old Is Gold
A major attraction in Genoa is the old harbor area known as Porto Antico which was renovated and turned into a mall complex by the Genoese architect Renzo Piano. This complex also comprises of an old lighthouse known as “La Lanterna” and a famous aquarium. The Museum of the Sea (MuMA) is also a major attraction out here. The port is also home to Palazzo San Giorgio, former seat of the Banco di San Giorgio and now home to the ‘Port Authority’. Apart from this, visitors can even explore the Galata sea museum located at the old port.
Religious Splendor!
European cities are known for their magnificent churches and Genoa is no less. St. Lawrence Cathedral, locally known as Cattedrale di San Lorenzo, is the city's main place of worship and a major attraction. Inside the church is the Cappella del San Giovanni Battista, a chapel dedicated to St. John the Baptist. The chapel is said to house the saint's relics. Built in the splendid Romanesque-Renaissance style, the church has a distinctive black-and-white striped façade that adds to its charm and look. Similar style has been employed in numerous churches situated around the city. A notable exception is the Basilica della Santissima Annunziata del Vastato; a catholic church built in elaborate Baroque style.
The Walled Glory!
Genoa is protected by more walls than any other city in Italy. The city has five distinct set of walls known as “Ninth Century Walls”, "Barbarossa Walls"(built in the twelfth century), "Fourteenth Century Walls", "Sixteenth Century Walls" and "Mura Nuove". “Mura Nuove” meaning ‘new walls’ was built in the first half of seventeenth century on the ridge of hills around the city. It is much more imposing than the other walls and is almost 20 kilometers in length. Some fortresses stand along the perimeter of the ‘New Walls’ or closeby. 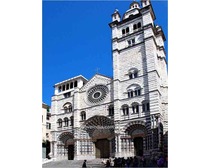 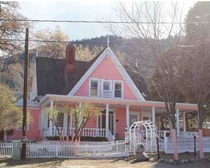