The remarkably well-preserved buildings and the great exciting ambiance makes the cosmopolitan city of Bratislava a major tourist destination. Check out the things to do/places to see in Bratislava.

Things To Do In Bratislava

Location: Southwestern Slovakia, on the banks of River Danube 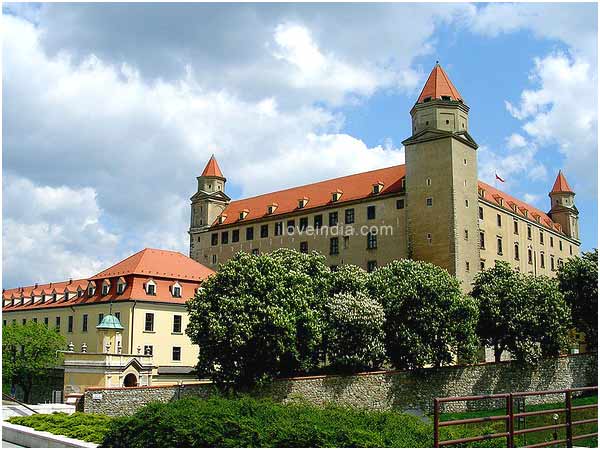 Language: Slovak, Hungarian, German
Best Time to Visit: May to September
Time Zone: GMT (UTC+1)
Driving Side: Right Side
Main Attractions: Devin Castle, Old Town, Bratislava Castle, Gothic St. Martin's Cathedral, Primate's Palace, Nový Most, The Blue Church, Danube River, St. Michael's Tower, Museum of Jewish Culture
Situated in the heart of Europe, Bratislava is an interesting and fascinating city destination boasting of historical palaces, castles, religious monuments and impressive museums. The capital and the largest city of Slovakia, Bratislava is the only national capital that borders two independent nations, Austria and Hungary. Apart from the old world nostalgia, this cultural city is an excellent gateway to some thrilling and fun-filled activities—biking, trekking, in-line skating, tennis and swimming, to name a few. Umpteen shopping arcades, winding streets, red rooftops and hospitable residents are just a few of the many charms awaiting you in one of Europe’s most loveliest “new” capitals—Bratislava. Do not wait anymore. Grab your slick-looking shades and get going for some unusual fun and exploration.
Bratislava Tourist Attractions
Nový Most
The most modern landmark of Bratislava, the Nový Most Bridge is the perfect destination to head to, for exploring unbelievable panoramic views of the city. This very cool retro-futuristic bridge, situated above the Danube River, appears like the Seattle Space Needle from the distance. Take the elevator to reach the observation deck that houses a restaurant serving meals and quick snacks. Admire some breathtaking and classic beauty of Bratislava, while digging into some sumptuous delicacies.
Bratislava Castle
The Slovakians are proud to be the possessors of Bratislava Castle that rests on the hill, overlooking the Danube, offering stunning views of two nations, Austria and Hungary. This 10th century site was once a military fortification, but later served as a royal stronghold. Today, this unique castle is one of the most dominating landmarks of the city and is often referred to as an upside-down table. A visit to Bratislava would not be complete if you do not climb the steep stairs leading you straight to the massive building of Bratislava Castle, giving you a chance to have a glimpse of the rich history dating back to the Stone Age.
Dóm sv. Martina (Cathedral of St. Martin)
The gothic-styled cathedral of St. Martin is the biggest, oldest and finest church in Bratislava. Once serving as the main coronation cathedral for Hungarian kings and queens, the church boasts of numerous rich art and culture that attracts tourists from across the globe. Side chapels, three Gothic Dome naves, stained glass, carvings and other Catholic artifacts are just a few of the lures that fascinate and enthrall its visitors.
Second Church of St. Elisabeth, The Blue Church
The monochromatic paintings mark the Blue Church, which is also known as Second Church of St. Elisabeth. It is one of the most beautiful pieces of Art Nouveau architecture in the world. Beautiful blue majolica roof, glazed blue tiles, altarpieces, façade, mosaics, the nave and cylindrical tower all make this uniquely-structured church worth mentioning in one’s travel itinerary. Situated in the eastern part of the Old Town, the church also has a high school and parsonage.
Primaciálny Palác (Primate’s Palace)
Travel back into the ancient Greek and Hungarian era as you step in the 18th century Primate’s Palace in the Old Town. This beautiful and grandiose neo-classical palace once served as the Archbishop of Esztergom and Primate of Hungary, Cardinal Josef Batthyany. Today, the palace is an abode to a valuable collection of English tapestries, the Chamber of Mirrors, the statue of St. George slaying a dragon in the sunny courtyard and a beautiful chapel that is even today used for conducting weddings. 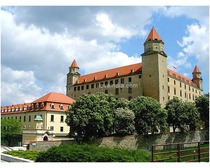 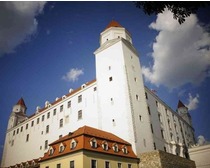