The enormous and spectacular sculpture Crazy Horse Memorial is the world’s largest and most time-consuming mountain sculpture ever undertaken, which is still under construction. The monument is located on the mountaintop of Black Hills in South Dakota. This mountain-sized monument is dedicated to the Oglala Lakota Warrior, Crazy Horse who wiped out Custer’s men at Little Big Horn. Therefore, the Crazy Horse Memorial intends to pay a tribute to the culture, tradition and living heritage of the North American Indians. When completed, the monument will stand eight feet higher than the Washington Monument. Nonetheless, watching history in the making is palpable while viewing the uncompleted Crazy Horse is indeed an astounding experience in itself. Scroll through the lines herein to know more interesting and fun facts about the Crazy Horse Memorial. 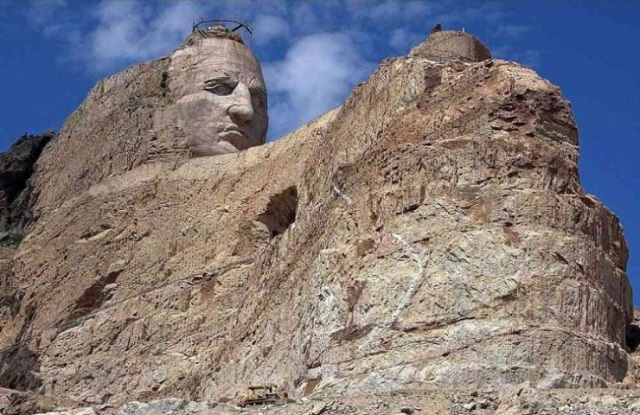