The fascinating historical city of Warsaw, the capital of Poland, is a major European getaway. Read on to know about few tourist attractions. Explore what are the things to do and see when in Warsaw. 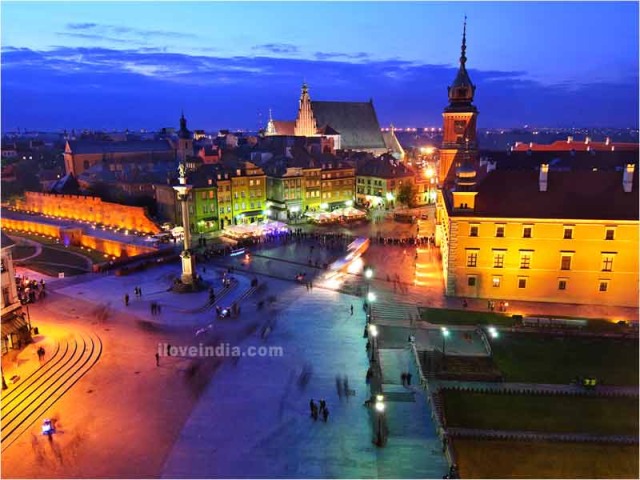 Language: Polish
Best Time to Visit: Early May to September
Time Zone: GMT+1
Main Attractions: Old Town, National Museum, Lazienki Palace, Royal Route, Warsaw Uprising Monument, Jewish Cemetery
A fine blend of tradition and modernity, the capital city of Poland, Warsaw is a haven for tourists. Whether you are interested in architecture, history or art, or simply a fun-loving globe trotter who loves street food, this place is sure to amuse you. Once you step into this city, you would be taken aback by the vibrant business downtown and the plush skyscrapers standing tall and narrating the tale of gallantry of a city, which practically rebuilt itself from scratch, after being ruined during the Second World War. A world in itself with an east European flavor, this country has a lot to showcase. This article entails few major attractions that this European city has to offer.
Warsaw Tourist Attractions
Warsaw Old Town
If you are interested in medieval architecture, a visit to the Old town would be worthwhile. The original town was entirely destroyed during World War II and the area is a near-total reconstruction. The Royal Castle, located at the entrance of the Old Town is the first thing that you will come across. The Castle Square with the row of beautifully designed colored houses gives way to the Zygmunt’s column, which towers over the square. In the middle of the square is the Syrenka or little mermaid which is the symbol of Warsaw and appears on its coat of arms. The cobbled streets of this place with plenty of cafes, bars, shops and restaurants are sure to charm you all through. The St. John’s Cathedral, the Marie Curie Museum, the Barbican as well as the statue of the Little Insurgent, which is a moving tribute to the role of children during the Warsaw Uprising, are few other things to look out for while you are in Old Town.
Nowy Swiat
To satiate your desires to shop around and eat out, hop around in the Ulica Nowy Swiat, which is the Polish name for “New World Street”. This forms a part of the royal route which runs right from the Royal Castle and Old Town to King Jan III Sobieski's 17th-century royal residence located at Wilanów. The road is a mile long stretch and intersects two popular streets named Jerusalem Avenue and Holy Cross Street. The buildings which line the street were once of neoclassical architecture, where the nobility of Warsaw had built manors and palaces. Now, they are mostly in the art nouveau style. Today, this street is a favorite among locals and tourists equally, where they can sit down at some chic restaurant or cozy bar and watch the world pass by.
National Gallery Of Art
Located in the heart of Warsaw, the National Gallery of Art is the oldest exhibition site in the city. The gallery traces its origins in the year 1860, when the Society for the Encouragement of the Fine Arts was founded to promote mutual benefit of artists and the society as a whole. A spectacular building with its elaborate exhibition rooms, permanent collections and library, this place should top the list of art lovers.
Polish National Opera
The concept of opera originated in Florence, and just twenty years later it was brought to Poland. In the year 1632, a theatre hall was built in the castle of the reigning king, where regular opera performances were organized by an Italian company. From 1774 onwards, opera, theatre and ballet performances were held in the Radziwill Mansion, which is the Polish "White House" today. During 1779-1833, performances took place in a new theatre building on Krasinski Square, later renamed as the National Theatre. Today, the Teatr Wielki, or the Polish National Opera, is Poland's grandest opera and ballet institution. Built during 1825-1833, by the Italian architect Antonio Corazzi, this is a place one must surely visit when in Warsaw.
Lazienki Palace
Also known as the Palace on the Water or Palace on the Isle, Lazienki Palace is a classic example of neoclassical architecture, located in Lazienki Park in Warsaw. Originally a bathhouse built for a powerful aristocrat named Stanislas Lubormirski, the building was completely refurbished by the last king of Poland, Stanislas August Poniatowski, who turned it into his summer residence. He was a great patron of arts and this is mirrored in the exquisite interiors of the palace. The palace rests on an artificially created island, which divides the lake into two halves. It is connected to the banks with the help of two bridges. Being one of the most beautiful buildings in Central Europe, the place is a must-see destination for the history buffs as well as art lovers. 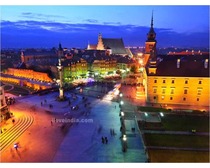 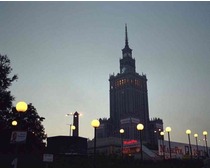