Nicosia is the capital and largest city of Cyprus, a Mediterranean island country. This dynamic city has several unique places to visit. Read on to know about few things to do, while you stay here. 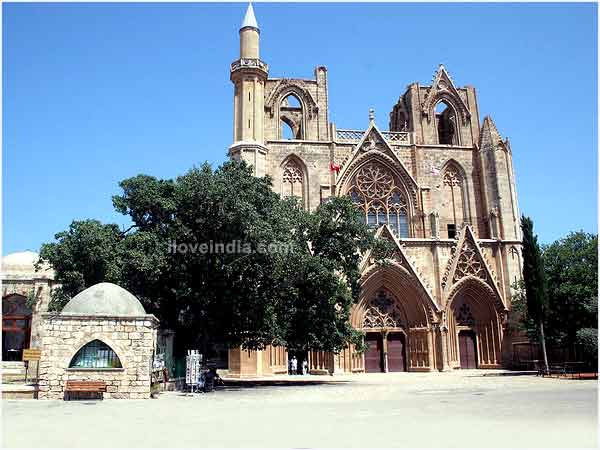 Language: Greek, Turkish
Best Time to Visit: Early Spring
Time Zone: GMT+2
Main Attractions: Cyprus Archaeological Museum, St. John’s Cathedral, Old City Walls, Tamassos, Northern Cyprus
Nicosia, the capital city of Cyprus since 12th century, is Europe’s only city which stands divided into two by the green line. The green line is a United Nations buffer zone, which divides the government controlled south from the northern section of the island, which has been occupied by Turkey since 1974. Though the bustling modern city of Nicosia has plush tree-lined suburbs, the extensively renovated old town area still remains as the tourist attraction place. While the Old Town is a picturesque fusion of 16th century walls, pedestrian precincts, street cafes and squares, the valleys of Solea and Pitsilia, as well as parts of Marathasa with its mountain villages, orchards, hill resorts and several Byzantine churches and monasteries are also worth visiting.
Nicosia Tourist Attraction
Cyprus Archaeological Museum
The Archaeological Museum in Nicosia is home to thousands of archaeological artifacts from all over the island of Cyprus. The exhibits stocked there are as old as 8,500 years and are arranged in a chronological order. The first hall contains pottery and implements from the Neolithic and Chalcolithic period. The other halls have items, which stand witness to the island of Cyprus through the Bronze Age, Hellenic Period, Mycenaean Period, Roman Period as well as the early Byzantine period. The museum is located in the basement where several graves are placed in a dark cellar with skeletal remains and other grave adornments artificially reconstructed.
St John's Cathedral
The Orthodox St. John’s Cathedral is located in the Old City of Nicosia. It was built in the year 1662 by Archbishop Nikiforos and dedicated to Saint John, the theologian. The wall paintings inside the cathedral depict Biblical scenes as well as illustrate the discovery of the tomb of St. Barnabas at Salamis. The several unique features of the Cathedral are the magnificent double-headed eagles and the iconostasis of the carved wood covered with gold leaf.
Old City Walls
The concept of the Old City Walls dates back from the Venetian occupation in the 16th century. They encompass the Old City completely with a circumference of about 3 miles. A total of eleven heart-shaped bastions are placed along the walls, which has three gates in the north, south and east direction. One of the gates, known as the Famagusta Gate, has been restored and it now serves as the Nicosia Municipal Cultural Centre and hosts exhibitions, conferences, lectures and occasional performances.
Tamassos
Tamassos was an ancient city kingdom renowned for its rich copper works, located 19 kilometers south-west of Nicosia. The archaeological excavations conducted here have produced several interesting finds in the Royal tombs. A total of six limestone sculptures, two representing life-sized sphinxes and four lions in a crouching position were found. The sculptures seem to date back to the 6th century BC when the island of Cyprus was under the Egyptian rule.
Northern Cyprus
Northern Cyprus is located in the area beyond the green line and is under Turkish rule. Although it is less developed than its southern counterpart, the unexplored countryside and several historic sites present here makes this place worthwhile to pay a visit. It is a haven for those who seek adventure and wish to explore. The historic Gazimagosa, which was formerly known as Famagusta is located on the east coast and dates back to 285 BC. Girne or Kyrenia located on the north coast has an intriguing castle, a picturesque harbor as well as a Shipwreck Museum, which is home to the oldest trading ship, ever found from the sea bed and dates back to 300 BC. Both Kyrenia and Gazimagosa have modern tourist resort hotels that offer a luxurious stay while enjoying the splendour of Mediterranean Sea and Sun. 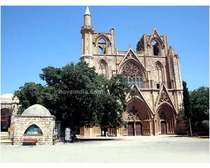 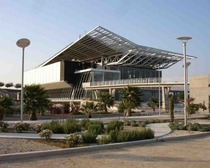