A South African Enclave, Lesotho is just one of those countries that make geography a more interesting subject. Brief through this article and find out why.

A country within a country, Lesotho is definitely worth reading about. Wholly landlocked by the country South Africa, Lesotho has a bundle of unique features and is known to be the only country entirely above an altitude of 1,400 metres. With an approximate population of 1,919,552 (as of July 2010), Lesotho is mainly composed of highlands accounting for its cold weather. Formerly known as Basutoland, this mountainous country emerged as a single polity under King Moshoeshoe I in 1822. Constant battles pervaded the territory as ‘boer trekkers’ from Cape Colony invaded and claimed land rights. Moshoeshoe fought a series of wars and lost a huge chunk of the lowlands. This gave him impetus to appeal to Queen Victoria, who readily declared Basutoland a British protectorate in 1868. In 1884, Basutoland was restored its status as a crown colony, albeit under direct rule by a governor. In 1966, Basutoland gained independence from the United Kingdom and was then renamed as the 'Kingdom of Lesotho'. Delve deeper into the intriguing characteristics of this landlocked nation as you come across various interesting facts. 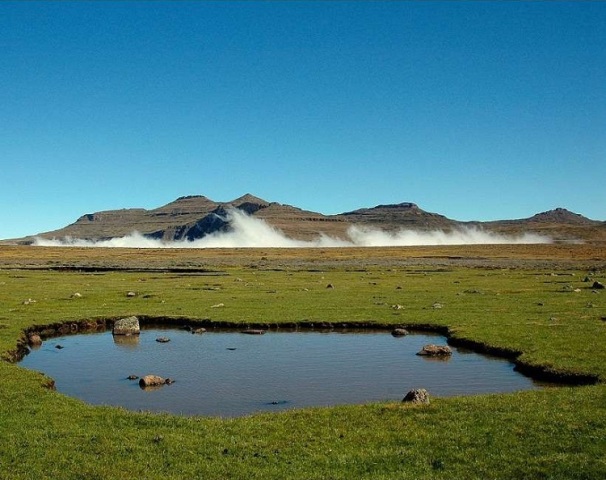 Image: By Tom Adams (Own work) [Public domain], via Wikimedia Commons
Interesting & Fun Facts About Lesotho
How to Cite