One of the attractions of St. Lucia is snorkeling in the crystal clear waters of the Caribbean Sea. Read on to learn some interesting and fun facts about St. Lucia.

St Lucia is the second largest of the Windward Islands located in the eastern Caribbean Sea. The island was created because of volcanic activity and is 43 km (27 miles) long and 23 km (14 miles) wide. Orchids and several other exotic plants grow wild in the lush rainforests of this island country. In recent years, St. Lucia has mainly been engaged in the export of bananas, clothing, vegetables, cacao and coconuts. In the past, St. Lucia’s biggest cultivation was of sugarcane, which was replaced by the cultivation of banana during the mid 1960s. It also has a strong tourism and fishing industry giving strength to this island nation’s economy. However, the government of St. Lucia has often had to grapple with some long standing problems of unemployment and drug-related crime. In 1940, before being included into the Windward Islands group, St. Lucia was administered as a part of the British Leeward Islands. It was a participant in the Federation of the West Indies from 1958 to 1962 and became one of the six self-governing West Indies Associated States in 1967. 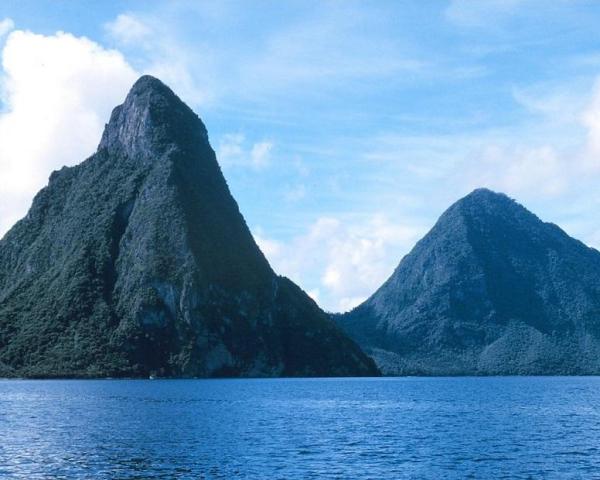 Things To Do In St. Lucia