Facts About St. Kitts And Nevis

St. Kitts and Nevis is located in the Caribbean Sea, about one-third of the way from Puerto Rico to Trinidad and Tobago. St Kitts is larger than Nevis and is roughly oval shaped except for a narrow, long peninsula to the southeast. Nevis is surrounded by coral reefs and is almost a single mountain with a height of 3,232 feet. Center of both the islands is dominated by a volcanic mountain chain. The official language spoken here is English. The main religions followed are Anglican and Protestant. These two islands are the Caribbean’s oldest colonized territories. Carib people were inhabitants of the islands when Christopher Columbus explored it in 1493. In 1623, the British settled on St. Kitts and Nevis in 1628. In 1672, the French settled on St. Kitts. The Anglo-French rivalry lasted for more than 100 years. In 1782, the islands came under permanent British control after a crucial British victory over the French at Brimstone Hill. Mostly descendants of African slaves inhabit the islands today. It got its independence from Britain in 1983. Basseterre is the capital of this country. The population of these two islands is 48,000. The main industry of St. Kitts And Nevis consists of tourism, sugar processing, salt and cotton and people here mostly cultivate rice, sugarcane, yams, vegetables and fish. The main exports of the country include machinery, electronics, food, tobacco and beverages. 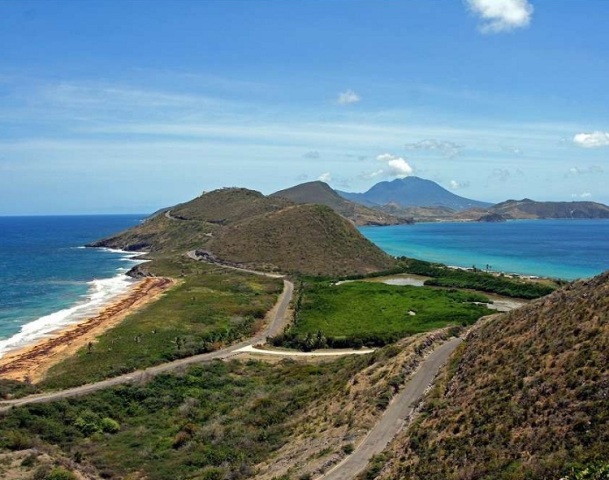