Naples is a city in southern Italy with rich cultural heritage and exotic natural splendor. With this article, know what are the things to do and places to see in Naples.

Things To Do In Naples 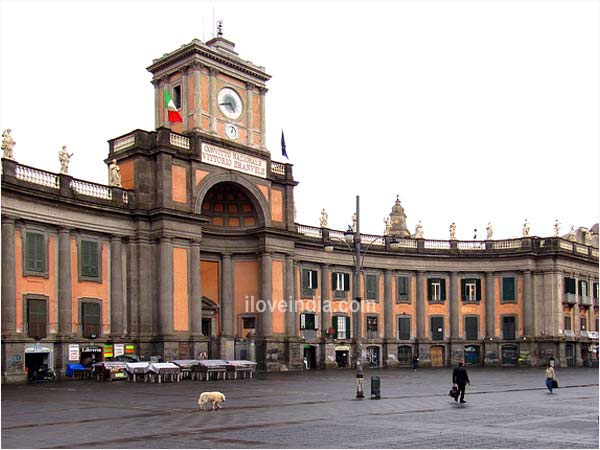 Language: Italian
Best time to visit: March to May, September and October
Time Zone: GMT +1
Main Attractions: Pizzeria da Michele, The Historic City Center, National Archeological Museum, Pompeii and Herculaneum, Cappella Sansevero.
One of the most beautiful cities in Italy, Naples is situated halfway between Mount Vesuvius and close to the pretty islands of Capri, Ischia and Procida. The capital city of Campania, Naples is the second largest city in South Italy and one of the largest in Europe. Founded by the Greeks, this metropolitan city was enlarged by the Romans, which is still evident from the stunning architecture and ancient heritage sites. The vast diversity of cultural resources and monuments are the most fascinating attractions inviting tourists from all over the world. Apart from the historical castles, fountains, museums, churches and ancient architecture, Naples is equally known for spectacular sunsets and scenic landscapes. Pack your bags and set out to wander in the historic valley of Naples and fall in love with the place!
Naples Tourist Attractions
Down To The Roads Of History!
Talk about Naples and the first thing that is sure to strike every mind is the city’s rich cultural and historical past. So, whether it is exploring the ancient monuments or rummaging through the lovely castles or watching the spellbinding fountains, Naples has it all. However, amongst all the strikingly stunning buildings, the historic city center is the most enticing site that Naples proudly boasts of. A world heritage site, the place is always buzzing with activitiesand people are always on the move. The century old buildings are witness to its past glory and magnificence. When in Naples, the best thing to do would be to take a leisurely walk down to the numerous alleys of this old city.
Mystifying Museums!
Another interesting activity to indulge in while in Naples would be to visit the museums in Naples. The region boasts of having hordes of museums, each of them portraying wealth of knowledge and information. The National Archeological Museum is the most distinctive amongst all the museums and boasts of an outstanding collection of Roman art and relics. It has also a huge collection of wall paintings, frescos and sculpture unearthed from the ruins of Pompeii and Herculaneum. A visit to the museum is must before heading to Pompeii and Herculaneum, to know more about these historical places. Besides this, you can also visit the Pietrarsa railway museum and Certosa di San Martino, which was formerly a monastery complex, but is now a museum.
Walk Down The Ruins
For those interested in historic glory and splendor, your trip to Naples would not be complete unless you visit the ruins of Pompeii and Herculaneum. Pompeii and Herculaneum continue to be marvelous examples of the ancient architecture, most of which have been preserved after the excavation, and that those which are still left have amazing details and markings. Both the cities were well preserved under the lava, which engulfed them during the volcanic eruption of the Mount Vesuvius in 79 AD. A world heritage site, make sure you take out a day from your Naples itinerary to visit these two famous ruins.
Incredible Landmarks
Did you know that the city of Naples is home to 448 historical churches, making it one of the most Catholic cities in the world? The Cathedral of Naples is the most important place of worship in the city. Out of all the churches, the Cappella Sansevero needs a special mention. Built in 1590, the chapel was specifically constructed for the Prince of Sansevero, Raimondo di Sangro. The most marvelous sculpture in this chapel is that of the veiled Christ, which depicts the body of Christ under a transparent veil after His crucifixion. It is truly a visual delight of creative excellence.
Aqua Fun!
Built in the 19th century, Acquario Della Stazione aquarium is the oldest in Europe, and attracts both young and old. Founded by a German naturalist, the aquarium, sited in the public garden on Via Caracciolo, is truly unique and picturesque. The Acquario is home to more than 200 species of aquatic animals and plants, with a special emphasis on the aquatic species of the Bay of Naples, all thriving in large glass tanks.
Dish It Out!
A visit to Naples can never be complete if you do not gorge and devour upon the simply luscious pizzas! After all, you do not get an opportunity to visit the place from where pizzas’ originated every time. Traditionally held as the home of pizza, Naples forwards visitors the very best and authentic pizzas. And what would be better than to dish it out at the oldest pizzeria in the city, the ‘Pizzeria da Michele’, which has been there since 1870. Once you have tried the real south Italian pizza, you can go ahead and relish some amazing spaghetti delicacies, which are also associated with the city. 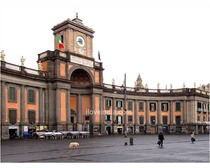 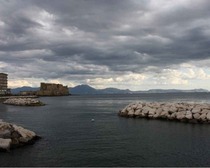