The Madonna of the Trail is a series of statues dedicated to the American women with never-say-die spirit. With this article, know some interesting and fun facts about this historic statue.

Facts About Madonna Of The Trail

Standing tall and demanding at 12 different sites, right from Maryland to California, are the statues of the pioneer mothers who traveled to the West along with their husbands. Each of the statues of the Madonna of the Trail are 18-feet tall, placed in each of the 12 different states, along the National Old Trails Road that they pass through, right from Bethesda, Maryland to Upland, California in the United States. Built during the 1920s, these 12 identical statues have been erected by the National Society of Daughters of the American Revolution (NSDAR). The idea of erecting the 12 national highway monuments was a result of a group of women who formed a committee to locate the Old Santa Fe Trail in Missouri. To be fair, the melodramatic design of the statues reflects the patriotic zeal of its era. Browse on further to know more interesting and fun facts about the Madonna of the Trail. 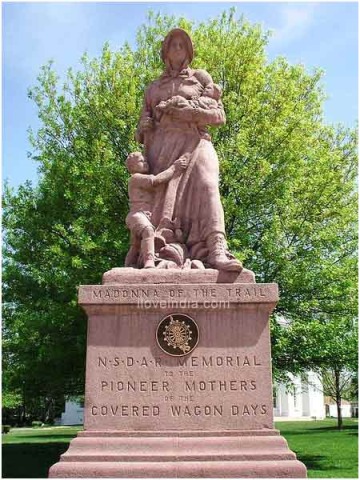 Interesting & Fun Facts About Madonna Of The Trail 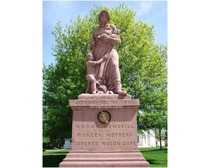 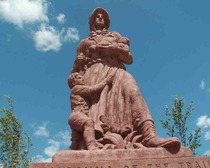