For the capital of one of the world’s smallest countries, Andora La Vella is a truly unique place. Go through the list of Andorra La Vella tourist attractions in this article given below. 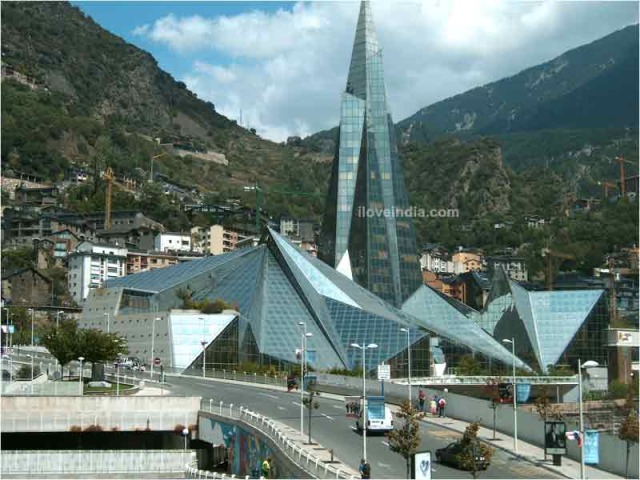 Language: Catalan, Spanish, Portuguese and French
Best Time to Visit: May to September (for summer activities) and December and April (for winter activities)
Time Zone: GMT/UTC + 2:00
Main Attractions: Caldea, Barri Antic, Casa de la Vell, Església De Sant Esteve, Plaça del Poble
Andora La Vella is the capital of the Principality of Andorra, the sixth smallest nation in Europe. Andorra La Vella is located at the confluence of two mountain streams, the Valira del Nord and the Valira del Orient, both of which join to form the Gran Valira. Andora La Vella is also the highest capital city in Europe at an altitude of 1,023 meters above sea level. This makes it a popular tourist destination for ski fanatics. Andorra La Vella means Andorra the old. This is related to the fact that the city was inhabited in pre-Christian eras and has a rich profound history to boast of. In 1930s, the new democracy, which came into power developed Andorra La vella as a tax haven, thereby boosting its growth. Talking about the climate, the temperature of this idyllic place ranges from around -1°C in colder months to around 20°C during summers. This makes the winters ultimately cold, while the summers are warm and dry. If you are planning to visit Andorra La Vella for sightseeing, choose the summer months. However, for skiing enthusiasts, Andorra would serve you best in winters. In the following lines, we have enlisted the places that you should see while on a trip to Andorra La Vella.
Places To See In Andora La Vella
Unwind Your Nerves!
Located at the top of Andorra La Vella, Caldea is a building complex with spa and sauna. Apart from nice relaxing massages, you can also get a panoramic view of the city from here because of its elevated location. This uniquely designed spa is Europe's largest, spread across a lavish 6'000 square meters. The complex boasts of inside and outside lagoons, saunas, Indo-Roman baths, cascades, bubble beds, Jacuzzis, a grapefruit pool, an Aztecian pool and warm marble slates.
Heritage At Best!
In the center of Andorra la Vella, is a plain building of undressed stone which originally belonged to a noble Andorran family. Built in 1580, it is now the seat of the government, with the courtroom in the basement and the meeting place of the Consell General. The decorated entrance to Casa de la Vell is adorned with the arms of the principality (1761), with the mitre and crosier of the bishop of Urgell, the three pales of the Counts of Foix, the four pales of Catalonia, and the two oxen of the Counts of Béarn in its four quarters. It also has a large kitchen which gives an impression of the 16th century domestic life with its old utensils. There is a statue in front of the building which commemorates the new constitution.
Cultural Delight!
The old town is one of the most picturesque areas of Andorra La Vella. Some of the most prominent buildings and cultural edifices are located here. Few of the notable structures include Església De Sant Esteve and Plaça del Poble. The former is the church of Sant Esteve (Saint Stephen). Though not the oldest, it is the city’s most important church and dates back to the 12th century. Plaça del Poble is a public square located on the roof of the Edifici Administratiu Govern d'Andorra (administrative offices). It presents great view of the city and nearby landscapes.
Shop Till You Drop!
Say it or not, Andorra La Vella is Europe’s most loved shopping destination. After all, you don’t get to visit a tax haven every time you are out for a holiday. Since tax is exempted, tourist can find a lot of high quality stuff for a much cheaper price here than most of the European cities. Both men and women can take pleasure in shopping because of the wide array of goods, particularly jewelry and gadgets, sold in diverse shops.
Ski Your Way Out!
What is the point of exploring Andorra La Vella, when you are not game for skiing at this awesome destination? A haven for adventure enthusiasts, Andorra La Vella extends tourists high class skiing and snowboarding facilities. The best part of the place is that it offers some great skiing and snowboarding facilities at all levels. So, whether you are a novice skier or a pro, Andorra La Vella would be the perfect place to loosen up your inhibitions, fasten the ski and swoosh your way out in the snow! 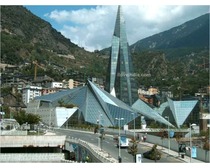 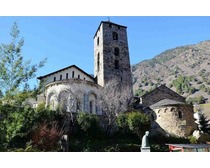