A computer that is infected by viruses will show up in many different ways that it needs attention. Here are some symptoms of virus infection in computer.

How dependent we are on computers is often known to us when we cannot work on them for one reason or another. We may often boast of what we can make the computer do but we are often handicapped without it – we need it to keep in touch with friends, to take down notes, to record voices, to send mails, to watch movies, even to impress our friends or to create the impression of being a professional! It is when something happens to it that we realise its value – like when it becomes totally infected with viruses that it does not work at all. If only one could watch out for telltale signs that computer is infected and needs troubleshooting before it gets too late, it would solve most of the problems that we face with an infected computer. Yes, life is unfair and, as if making human beings diseased was not enough, viruses have also begun to infect our beloved desktops and laptops. Grandma’s saying that an ounce of prevention is worth a pound of cure is handy here too. Know some telltale signs that may signify that a computer is infected with viruses. 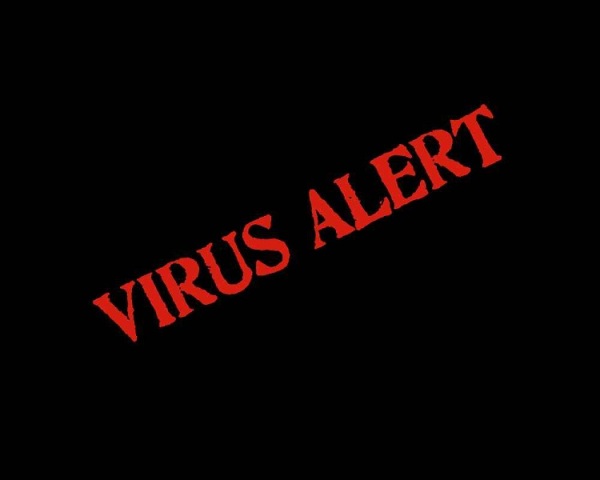 How To Identify Computer Virus Symptoms
Obvious Signs
The first give away sign that your computer is infected with viruses is that your desktop, which you may have well arranged in way that suits you best, would have had all or most of its icons jumbled up or moved around. A new item may also have been added to your desktop that you may not recall seeing any time before. The virus causes many new programmes to install themselves, which slowly cause problems with the workings of other softwares installed on the computer.
Internet
If the computer begins acting strange when you start the internet or begins to give too many errors every time you open your internet or even your personal email account that could be another sign that your computer is infected by virus or viruses! In many such cases, it is best not to turn on the internet or log into your email account till the problem is fixed for many such viruses are used to get vital internet information and become inactive when you do not turn on the internet.
Speed
The main give away that a computer may be infected with virus is that the speed of the computer decreases to a great extent. There may be times when the computer is naturally slow because of other reason – you may be, for instance, running too many heavy files at the same time. But if there is no such problem, then you must be careful about a virus infection.
Errors
If the computer gives too many errors, which appear a little too frequently, you could be sure your computer is virus infected. Errors are an integral part of working on a computer but if they occur too frequently or when it normally wouldn’t give errors, you may have to get an antivirus installed. These errors might even demand that you shut down the programme you are working on or even the computer, causing you to lose precious data. You must keep a log of when and for what you got the error, what you were doing, what software you were working on, what the error message said and so on.
Double Trouble
Some files that were sent to you as an attachment, when downloaded and opened, will show double extensions like .jpg.vbs. This is another way in which you can know that your computer is infected by viruses. In such cases, you will notice that the files that you downloaded will behave strangely too. It will signify that you need to turn off the internet and install an antivirus software.
How to Cite