Virginia Woolf is considered to be one of England’s most distinguished writers of the 20th century. With this article, know the details about Virginia Woolf’s childhood and life. 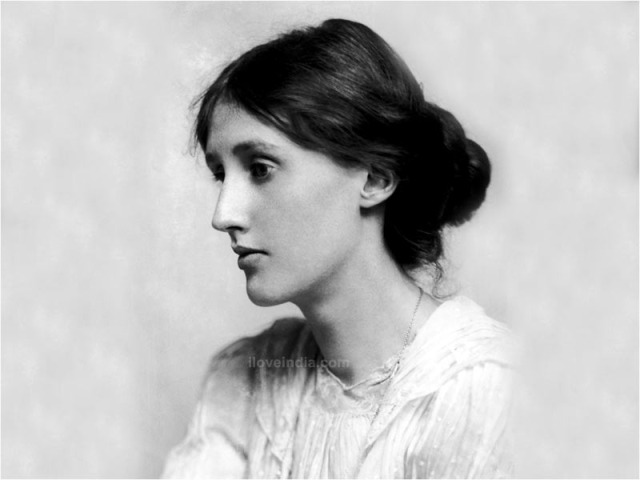 Born In: London, England
Died On: March 28, 1941
Career: Novelist, Essayist, Publisher, Critic
Nationality: English
Best known for her novels “Mrs. Dalloway” and “To the Lighthouse”, Virginia Woolf had been successful in creating inspiring impressions on her readers rather than recreating reality. Apart from poetry, Virginia also penned some pioneering essays on artistic theory, literary history, women’s writing, and politics of power. Her works have been synonymous with themes, such as gender relations, class hierarchy and the consequences of wars. Rightly distinguished as a fine stylist, Virginia loved experimenting with her works of biographical writing and composing painterly short fictions. Her other popular works include “Orlando” and “A Room of One’s Own”. Check out more on Virginia Woolf’s childhood and life in the following lines.
Education & Childhood
Virginia Woolf was born as Adeline Virginia Stephen to Sir Leslie Stephen and Julia Prinsep Stephen. Her father, Leslie was a famous scholar, philosopher, historian, author, critic and mountaineer. Her mother, Julia was previously a renowned model and had worked for Pre-Raphaelite painters. Both her parents were previously married and had children. Thus, the household had kids resulting from three marriages. While her father had a mentally disabled daughter named Laura Makepeace Stephen, who was later sent to the asylum in 1891, her mother had three children - George Duckworth, Stella Duckworth and Gerald Duckworth. Apart from Virginia, the couple had three other children together - Vanessa Stephen, Thoby Stephen and Adrian Stephen. Virginia received her formal education from her parents at their residence at 22 Hyde Park Gate, Kensington.
However, her childhood memories included more of St. Ives in Cornwall where the family spent their summers until 1895. The Stephens’ summer home titled “Talland House” is still present though with some modifications. Her mother’s sudden death in 1895 left Virginia in a state of trauma, which worsened after her half-sister Stella’s death, two years later. This graduated Virginia towards her first stage of nervous breakdown. Nonetheless, she managed to study Greek, Latin, German and history from Ladies’ Department of King’s College, London from 1897 to 1901. The most devastating news that came across her way was her father’s sudden death in 1904, which left her completely shattered.
Early Career
Following her father’s death, Vanessa and Adrian sold their home and bought a new one at 46 Gordon Square in Bloomsbury. This served highly significant for Virginia, as she met some eminent writers and artists in the Bloomsbury Group, namely, Lytton Strachey, Clive Bell, Rupert Brooke, Saxon Sydney-Turner, Duncan Grant, Leonard Woolf and Roger Fry. Virginia, too, got herself enrolled into the group and delivered talks, the most popular being on the Hoax which was later published in expanded edition of “The Platform of Time” in 2008.
Later Career
Virginia turned a professional writer only in 1900, when she wrote essays for the Times Literary Supplement. These essays, eventually, were clubbed in a two-volume series called “The Common Reader”. Also, she began teaching English and history at Morley College, London. However, her first novel titled “The Voyage Out”, which was a satirical coming-of-age story, was only published in 1915 at her half brother Gerald’s imprint, Gerald Duckworth and Company Ltd. Virginia, along with her husband Leonard, founded the Hogarth Press in 1917 through which she published numerous novels, essays and short stories. To include a few are “Night and Day”, “Monday or Tuesday”, “Jacob’s Room”, “Mrs. Dalloway”, “To the Lighthouse” and “Orlando: A Biography”. Nonetheless, “The Waves’ is deemed to be one of Woolf’s most experimental works. Followed soon were “Flush: A Biography”, “The Second Common Reader”, “The Years” and “Roger Fry: A Biography”.
Marriage
Virginia found her love interest in Leonard Woolf, a brilliant young writer and critic from Cambridge, England whom she married to on 10 August, 1912. Common interests in literature, economics and labor movement further contributed towards strengthening their relationship. In 1922, Virginia met writer and gardener Vita Sackville-West, wife of Harold Nicolson. Both women started off well and graduated towards establishing a sexual relationship that worked through the 1920s. However, their affair ended but both remained friends until Virginia’s death in 1941.
Death
Soon after Virginia completed working on her last novel “Between the Acts”, she again fell a victim to the similar depression that she had undergone years back. Further, the demolition of her home during the Blitz in World War II and the cold response to her biography of her late friend Roger Fry only added to her worsened condition. Henceforth, on March 28, 1941, Virginia filled her pockets with stones and committed suicide by drowning herself into River Ouse. But her body was only found on April 18, 1941. She was cremated by her husband and her ashes were buried under two elms at the garden of Monks’ House, their home in Rodmell, Sussex.
Notable Works
Timeline
1882: Virginia Woolf was born in London, England
1897-1901: Attended college at Ladies’ Department of King’s College London
1900: Started writing essays for the Times Literary Supplement
1912: Married Leonard Woolf on 10th August
1915: First novel “The Voyage Out” was published
1917: Established Hogarth Press along with husband Leonard
1941: “Between the Acts” deemed to be Virginia’s last work
1941: Virginia Woolf committed suicide and died near Lewes, East Sussex, London aged 59
How to Cite