Regarded as one of the greatest poets of the 20th century, W. B. Yeats was an Irish poet, dramatist & prose writer. With this biography, explore the childhood, life & profile of William Butler Yeats. 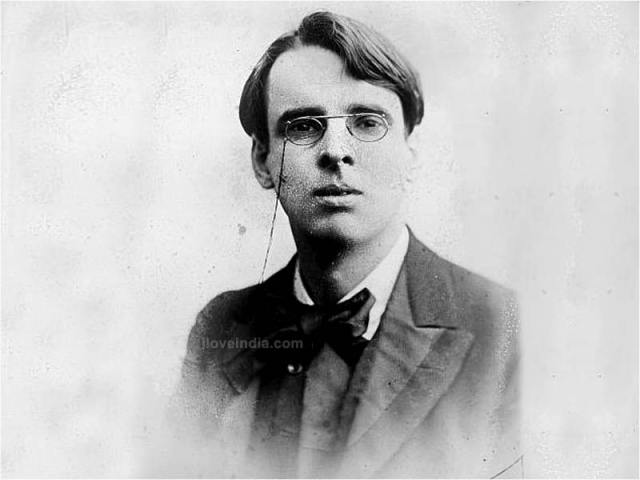 Literature Nobel Laureate William Butler Yeats, better known as W. B. Yeats, was a prominent figure in the Irish Literary Revival, who along with Lady Gregory, Edward Martyn and George Moore founded the Abbey Theater. The first Irish man to be honored with a Nobel Prize, W. B. Yeats created illustrious works that formed a bridge between the romantic poetry of the 19th century and the hard clear language of the modern poetry. With numerous poems and dramas to his credit, it was ‘The Tower, ‘The Celtic Twilight’, and ‘The Winding Stair and Other Poems’ that accredited him with such a distinguished honor and title. Fellow poets, Standish James O’Grady and Sir William Ferguson were his top-most influences, though he was also inspired by the works of Dante Alighieri, William Shakespeare, John Donne, William Blake, and Percy Bysshe Shelley. Find out more about the life and career of W. B. Yeats.

William Butler Yeats was born to John Butler Yeats and Susan Mary Pollexfen in the seaside village of Sandymount in County Dublin, Ireland. His father, John Yeats was a law student at the time of marriage, but gave up his studies to pursue a career in art and hence, enrolled in Heatherley’s Art School, London. He went on to become a well-known portrait painter. William’s mother, Susan Mary belonged to a well-to-do Anglo-Irish family, who owned a prosperous milling and shipping business. William was the eldest of the four children. All the children had an enduring taste for art. His brother Jack Butler Yeats became a well-recognized painter, while sisters Susan Mary (Lily) and Elizabeth Corbet (Lollie) were actively involved in the Arts and Crafts movement. Soon after William’s birth, the family shifted to Sligo to live with their extended family, but relocated to London, England in 1867. Initially, the kids received formal education from their mother at home and it was only in 1877 that William entered Godolphin Primary School. However, he attended school only for four years, as the family shifted back to Dublin due to financial problems. In 1881, William entered Erasmus Smith High School to resume his studies. He, then, went to Metropolitan School of Art at Thomas Street from 1884-86.

William spent hours at his father’s close-by studio during his college days, where he met various artists and writers, who influenced him to try his hand at writing. Yeats’ first poems and an essay titled ‘The Poetry of Sir Samuel Ferguson’ were published in the ‘Dublin University Review’ in 1885. This included his first poem ‘The Isles of Statues’, which was never republished. His early poems and essays were highly influenced by Percy Bysshe Shelley and Edmund Spencer, but later shifted focus on Irish myth and folklore, and works of William Blake. The Yeats family was back to London in 1889. The same year, he published a collection of pomes titled ‘The Wanderings of Oisin and Other Poems’. ‘Poems’, ‘Fairy and Folk Tales’, ‘The Celtic Twilight’, ‘The Secret Rose’, and ‘The Wind Among the Reeds’ were some of his early works that were entirely themed on love or mystical and esoteric subjects. ‘The Wind Among the Reeds’ even won the Royal Academy Award for the best book of poems published in 1899.

The Irish Literary Theater was formed in 1899 as a joint effort from William Yeats, Lady Gregory, Edward Martyn and George Moore. The group focused on Irish and Celtic plays. The partnership was not successful and lasted only for two years. However, along with two Irish brothers William and Frank Fay, Yeats’ secretary Annie Elizabeth Fredericka Horniman, and leading West End actress Florence Farr, Yeats formed the Irish National Theater Society. Out of this, rose the Abbey Theater Company in 1904. Yeats’ ‘Cathleen Ní Houlihan’ and Lady Gregory's ‘Spreading the News’ were the first two plays to be featured on the opening night. His theater experience led Yeats to compose his next collection of poems ‘In The Seven Woods’ in 1907. His 1915 play ‘At The Hawk’s Hell’ displayed influences of Japanese masks and dances. He continued to be associated with the theater until his death.

Yeats was elected as Irish senate in 1922. He was awarded with the Nobel Prize for Literature in 1923 and decided to make the most of this recognition. In 1925, he was re-appointed as the Irish Senate for a second term. His ‘A Vision’ was completed by 1925, but was only published in 1926. ‘Purgatory’ and ‘The Death of Cuchulain’ in 1938 turned to be Yeats’ last plays.

In 1889, Yeats met a woman who became his greatest influence on his life and poetry, Maud Gonne. First and deepest love, Gonne was 18 months younger to Yeats and admired his poetry deeply. In 1891, Yeats visited Ireland to propose Gonne for marriage only to return back rejected. Later, Yeats went ahead with proposing her three times in 1899, 1900 and 1901, but was refused every time. Further to his surprise, Gonne went on marry Irish Nationalist Major John MacBride. Yeats continued to befriend Gonne and in 1908 on his visit to Paris, the two completed their intimate relationship with a night together. Gonne was leading a troubled marriage with John MacBride who was later executed by British forces in 1916. Yeats made another proposal to Gonne with hopes of her accepting this time, but she turned him down yet again.

After being turned down by Gonne, Yeats proposed to her daughter Iseult Gonne, Gonne’s second daughter with Lucien Millevoye. She was only 21 years old, but had led a miserable life, including molestation by her stepfather at the young age of 11. However, Iseult rejected Yeats’ proposal. The same year in 1917, Yeats married 24-year old George (Georgie) Hyde-Lees, despite being warned by her friends about his relationships with women. The two got married on October 20 and to everyone’s surprise, their marriage turned out to be a successful affair. Yeats wanted what he longed for - the heir to his family. The couple had two children, daughter Anne Butler Yeats in 1919 and son William Michael in 1921.

William Yeats died on January 28, 1939 at Hôtel Idéal Séjour in Menton, France due to ill health at the age of 73. After a discreet and private funeral, he was buried at Roquebrune-Cap-Martin in southeastern France. His last lines from one of his final poems ‘Under Ben Bulben’ were engraved on his tombstone in Ireland. These read as ‘Cast a cold eye/ On life, on death./ Horseman, pass by!’

1885: First essay ‘The Poetry of Sir Samuel Ferguson’ was published

1893: The romantic tale ‘The Celtic Twilight’ was released

1899: Formed the Irish Literary Theater with other dignitaries

1899: Won the Royal Academy Award for ‘The Wind Among the Reeds’

1904: Established the Abbey Theater Company as a joint collaboration

1923: Awarded with the Nobel Prize for Literature

1925: Elected as Irish senate for the second time

1938: Penned his last plays ‘Purgatory’ and ‘The Death of Cuchulain’

Here are some amazing quotes by W.B. Yeats that reflect his worldview.