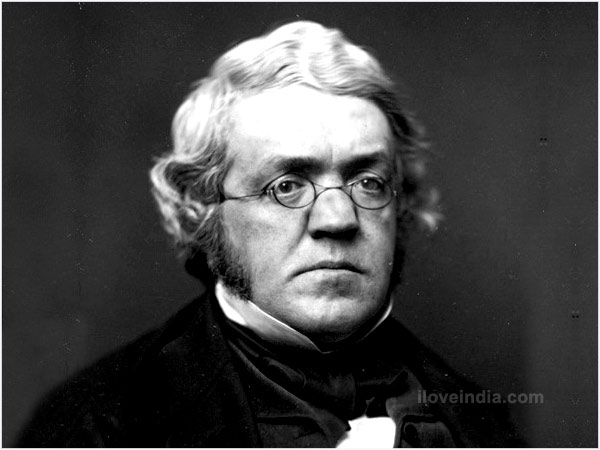 Born In: Calcutta, India
Died On: December 24, 1863
Career: Novelist, Journalist, Satirist, Illustrator, Editor
Nationality: English
The famous and internationally acclaimed novel ‘Vanity Fair: A Novel Without a Hero’ is sufficient to distinguish this legendary novelist, journalist and, moreover, satirist from the rest of the personnel in the respective fields. The English novelist, William Makepeace Thackeray confidently depicted the lives of the upper middle-class Victorian London, their societal mores, decadence and corruption. Some other distinguished works of this great novelist include ‘Pendennis’, ‘The Newcomes’ and ‘The Adventures of Philip’. While ‘The Newcomes’ is remembered for the ‘marriage market’, ‘The Adventures of Philip’ highlights the early life of Thackeray. Find out more about Thackeray’s childhood and life in the following lines.
Childhood and Education
The only child, William Makepeace Thackeray was born to Anglo-Indian Richmond Thackeray and Anne Becher in Calcutta, India. Richmond Thackeray was an Indian civil servant who served the British East India Company and held the highest rank of secretary to the Board of Revenue. With the death of Richmond in 1815, William was sent to England, while his mother stayed back only to remarry her childhood sweetheart Major Carmichael Singh, an engineer and author, in 1816. In England, William stayed with his aunt while receiving his formal education. A precocious child, William had immense interest in drawing. Initially, he attended schools at Southampton and Chiswick, but was later transferred to the prestigious Charterhouse School.
He was often described as non-serious student, though he was very sociable. His hatred for Charterhouse could well be seen in his later fictions describing the school as “Slaughterhouse”. This was evident from befriending John Leech, who later became a close associate of William. William was reunited with his mother in 1820 when she, along with Carmichael, returned to England. He was enrolled into Trinity College, Cambridge but was able to complete his matriculation only in 1829, due to his illness. William traveled throughout Europe and visited Paris and Weimar. However, he was back in England for studying law at the Middle Temple. But his lack of interest in the subject resulted in his giving it up later.
Early Career
In 1833, William acquired the family inheritance and bought two unsuccessful newspapers, namely, ‘The National Standard’ and ‘The Constitutional’ only to be indebted a year later with the collapse of two Indian banks and other bad investments. This induced William to take up a profession to support his living, thereby, narrowing down to art that he had previously studied in Paris. However, this was not his cup of coffee and hence, he turned into an illustrator of some of his own novels and other literary works. William even offered illustrating Charles Dickens’s ‘Pickwick Papers’ in 1836, but was turned down because of the unsuitable drawing. After studying art in Paris, William returned to London in 1837 to start a career as a journalist to support his family. During this time, he used many absurd pen names, like George Savage Fitz-Boodle, Michael Angelo Titmarsh, Théophile Wagstaff, and C.J. Yellowplush, Esq.
Later Career
William started his full-fledged career with art criticism and short fictional sketches for ‘Fraser’s Magazine’, a sharp-witted and sharp-tongued conservative publication. With this publication, came William’s longer fictional works, ‘Catherine’ and ‘The Luck of Barry Lyndon’. Later, he shifted towards writing for the new magazine, ‘Punch’ where he published ‘The Snob Papers’, which popularized the modern meaning of the world ‘snob’. It was only in the early 1840s that William started tasting some success with the successful publication of the two travel books, ‘The Paris Sketch Book’ and ‘The Irish Sketch Book’. However, it was the novel ‘Vanity Fair’ which became one of his most remembered works. William was now at the peak of his career with the stunning success of this novel. Soon after, ‘Pendennis’, ‘The Newcomes’ and ‘the History of Henry Esmond’ followed. He now started delivering lectures on the English humorists and the first four Hanoverian monarchs for which he toured America and London. Highly successful, William was recruited as the editor of the newly established monthly literary journal ‘Cornhill Magazine’ in 1860.
Marriage
It was during his trip to Paris that William met the love of his life, Isabelle Gethin Shawe whom he married on 20th August, 1836. Isabelle was the second daughter of Matthew Shawe and Isabella Creagh. The couple had three daughters, Anne Thackeray Ritchie, Jane (died at 8 months) and Harriet Marian. In 1840, after the birth of the third child, Isabelle suffered a major mental breakdown from which she never recovered. This resulted in numerous suicidal attempts. William took her to Ireland, but returned back to Paris where she stayed until her death in 1893.
Death
William’s health started deteriorating in the 1850s, when he was diagnosed with the recurring stricture of the urethra that confined him to bed for several days at one time. His health worsened due to his compulsive habits of over-eating and drinking and avoiding exercising. However, death came to William as a shock when a blood vessel in the brain suddenly burst on December 23, 1863. He was found dead the next morning. William Makepeace Thackeray was buried beside his mother in the Victorian Garden at Kensal Green Cemetery on December 29th in London, England. The funeral ceremony was held at Kensington Gardens with an estimated 7000 mourners paying their respect for the eminent personality.
Notable Works
Timeline
1811: William was born in Calcutta, India.
1815: He was sent to England to stay with his aunt
1830: Left Cambridge University
1836: Married Isabelle Gethin Shawe
1840: Took Isabelle to Ireland
1848: ‘Vanity Fair’ was published
1849: Suffered a fatal illness
1860: Turned editor of Cornhill Magazine
1863: Died at the age of 52 in London, England
How to Cite