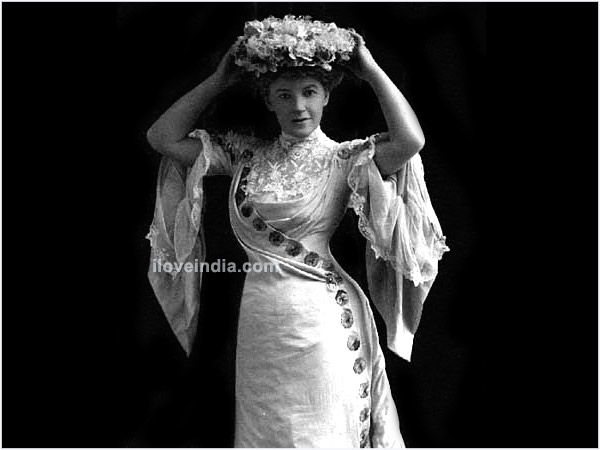 Born In: Johnstown, Winconsin, east of Janesville
Died On: October 30, 1919
Career: Author, Poet
Nationality: American
Sentiments of cheer and optimism written in plain rhyming verses - these were the characteristics of literary works of renowned poet and author, Ella Wheeler Wilcox. Best remembered for ‘Poems of Passion’ and ‘Solitude’, Wilcox penned prose and poetry that led readers through a journey of triumph, hope over despair, victory over failure, and kindness over selfishness. Indeed, there was no space for negativity in any of her works. Hers was a journey that stressed on gaining opportunities to change lead into gold and achieve success in life. What Leonardo Da Vinci did with his brush, Wilcox did with her pen. The painter was known for describing his art as a master of chiaroscuro, that is, the ray of light over darkness. Similarly, Wilcox expressed her mastery with words of hope and light. Find out more about the life and career of Ella Wheeler Wilcox in the lines that follow.
Childhood & Education
The youngest of four children, Elle Wheeler was born to Marcus H. Wheeler and Sarah Pratt Wheeler in the village of Johnstown, Rock County, Winconsin, east of Janesville. Soon after in 1852, the family moved to Madison, Dane County, Winconsin in the town of Westport. It was here that Elle spent most of her childhood and began writing at the young age of 8 years. She went to Madison University, but soon dropped out due to poor financial conditions and to concentrate on her writing.
Early Career
It seemed that Elle had inherited her writing interest from birth, as her mother dreamed of having a girl child, who would be a writer, during her pregnancy. Subsequently, she became a guiding influence upon her writer-to-be girl child. As a result, Ella wrote her first prose and rhyme when she was 8 years old. By the time Elle turned 14, her prose was published in ‘New York Mercury’. However, hers was not an easy journey as the editor of the same journal ridiculed her succeeding poems and refused to publish them. But, her optimism helped her through most of such trying times. On one circumstance, she sent her single piece to as many as 10 writers, with each of them rejecting with a boorish shrug.
Not only this, the 10th editor even attached a note reading ‘This is a dead dog, better bury it’. Luck favored her on the 11th time when the editor accepted the poem and even paid her $5. With this, began her writing career, a dream that was soon to be realized. Her earlier poems talked of abstinence and opposed booze, its makers and vendors. 56 of such poems were published in a volume titled ‘Drops of Water’. Ella was not even 23 years old when she had already penned over 175 poems, 119 of which were collected in the ‘Shells’ volume.
Later Works
Ella continued to write with positive thoughts and ideas, often explaining it with an example of a flower incarnating sometime in the future. Time and again, she made her presence felt comparing herself to a sun that always shines and the readers to clouds who have their personal moments which soon pass by giving way for the sunshine. Her most recognized poem ‘Solitude’ was published in 1883 for the first time in ‘The New York Sun’. Two months later, it formed a part of Ella’s book ‘Poems of Passion’.
Marriage
Ella Wheeler married her love interest Robert Wilcox on May 1, 1884 at a late age of 34. Theirs was a successful and happy marriage until 1887, when Ella gave birth to a son who lived but a few hours. Torn and devastated, this only added to her growth and understanding. The couple soon developed interest in theosophy, new thought, and spiritualism. Both even traveled extensively due to their common traveling interests. On their tour, both met eminent leaders, such as Luther Burbank, Robert Ingersoll, Jack London, Elbert Hubbard, H. Spencer Lewis, and others in America and abroad. Such was their love and deep understanding that they decided whosoever died first would come back after death and communicate with the other. This became evident when Robert Wilcox died in 1916. She did not receive any message from him until after seven months; she got a message that read “Brave one, keep up your courage. Love is all there is. I am with you always. I await your arrival.”
Death
After great efforts from H. Spencer Lewis, the Rosicrucian Movement was established in America. A Rosicrucian charter was granted in 1915 with H. Spencer Lewis becoming the Imperator. Further, Ella Wheeler was appointed as a member of the first Supreme Council of the American Rosicrucian movement. However, she fell ill with cancer and succumbed to her health on October 30, 1919 at her home in Short Beach, Conn.
Notable Works
Timeline
1850: Ella Wheeler Wilcox was born in Johnstown, Winconsin, east of Janesville
1864: Her first prose was printed in ‘New York Mercury’
1883: ‘Solitude’ and ‘Poems of Passion’ get released
1884: Married to Robert Wilcox on 1st May
1916: Robert Wilcox died
1919: Elle Wheeler Wilcox died in Short Beach, Conn aged 69
How to Cite