The self-published collection of twelve poems ‘Leaves of Grass’ best describes the American poet and essayist, Walt Whitman. Read to know about the childhood, profile and timeline of Walter Whitman. 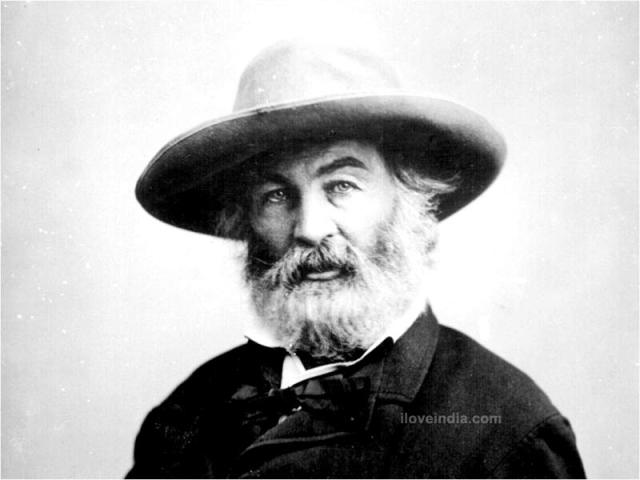 Born In: Long Island, New York, USA
Died On: March 26, 1892
Career: Poet, Writer, Essayist, Journalist, Humanist
Nationality: American
The ‘Leaves of Grass’ was adjudged as “the most extraordinary piece of wit and wisdom that America has yet produced” by the renowned Ralph Waldo Emerson. Such is the popularity that this American poet, essayist and writer Walt Whitman earned during his entire career of writing. Regarded as one of the most significant and influential American poets of the 19th century, Whitman is best remembered for his free verse writing, based on the rhythms of common American speech. He wrote extensively on issues relating to democracy, war, politics, race and slavery. His poems were either patriotic or celebrations of nature and homosexual love. Till date, Whitman has been an icon for socialists, communists and homosexuals.
Childhood & Education
Second of the nine children, Walter Whitman, immediately nicknamed Walt, was born in the village of West Hills near Hempstead in Long Island, New York, USA. Whitman was born to Walter Whitman and Louisa Van Velsor Whitman. The family moved to Brooklyn when Whitman was four, where he attended public school for formal education. Nonetheless, his education came to a halt in 1930, after which Whitman took up the job of a printer’s apprentice to support his family. He spent his childhood admiring the ferries which he often used to take to visit his grandparents’ farm on Long Island and its shores.
Early Career
Whitman spent the next five years of his life learning the printing trade at the weekly newspaper ‘Patriot’. He excelled at printing and typesetting. Five years later in 1836, Whitman taught at various schools, until 1838, when he realized that he could not teach anymore. This resulted in the establishment of his own weekly newspaper ‘Long-Islander’. He handled multi-tasks that of a publisher, editor, pressman and distributor. He even went door-to-door to deliver the paper. Ten months henceforth, he sold the paper to E.O. Crowell. All this while, Whitman had been writing poems and stories and with the beginning of his interest in journalism, he thought of giving fiction a try.
Whitman wrote his first novel ‘Franklin Evans, or the Inebriate’ in 1942. He wrote several stories that were published in many newspapers and magazines. It was during this time when his series of ten editorials ‘Sun-Down Papers - From the Desk of a Schoolmaster’ were published in three different newspapers between 1840 and 1841. Whitman turned editor in 1842 in ‘Audora’, and later in 1846, he firmly placed his feet in ‘Brooklyn Eagle’, as an editor, a position which he retained for three years. Nonetheless, he was dismissed from the paper on the context of political differences with the owner. He traveled to New Orleans with brother Jeff, where he worked for another three months in ‘New Orleans Crescent’.
Leaves of Grass
After years of working as a journalist, Whitman transformed himself into a revolutionary poet. He began writing poetry in early 1950 and five years later, in 1955, he was out with the first edition of ‘Leaves of Grass’, a collection of poems which he continued to write and edit until his death. Whitman himself undertook the cost of the printing, while the title page was pictured by Samuel Hollyer. In his book, Whitman described his poetry as a celebration of a new nation - “The Americans of all nations at any time upon the earth have probably the fullest poetical nature. The United States themselves are essentially the greatest poem”.
Though the first edition sold poorly, his work was critically acclaimed by Ralph Waldo Emerson. Months after the first edition went on stores; Whitman started receiving critical responses focusing largely on offensive sexual themes. The second edition was printed with 20 additional poems in 1856. Henceforth, several editions continued to be published throughout Whitman’s life. After the publication of ‘Leaves of Grass’, Whitman faced several financial difficulties forcing him to take up the job of a journalist in 1857. He worked in Brooklyn’s Daily Times from 1857 till 1859.
Later Career
After the end of the Civil War in 1865, Whitman confined himself towards writing themes pertaining to soul, death and immortality. In the coming years, he earned high recognition throughout the world. Some of his prominent works included ‘Whispers of Heavenly Death’, ‘Darest Thou Now O Soul’, ‘The Last Invocation’ and ‘A Noiseless Patient Spider’. However, the 1871 ‘Passage to India’ turned out to be his most significant and ambitious poem post-Civil War period. The ‘Leaves of Grass’ saw its final settlement in 1881, following which no further revisions were made.
Death
Whitman suffered a paralytic stroke in early 1873 and soon after, his mother passed away. He then moved to Camden, New Jersey where he spent his remaining years. He died on March 26, 1892 from bronchial pneumonia and was buried Harleigh Cemetery in a granite mausoleum designed by himself.
Notable Works
Timeline
1819: Whitman was born in West Hills, Town of Huntington, Long Island, New York, USA
1830: Employed as a printer’s apprentice at ‘Patriot’
1838: Established ‘Long Islander’
1842: Wrote first novel ‘Franklin Evans, or the Inebriate’
1842: Turned editor with ‘Audora’
1846: Joined as editor ‘Brooklyn Eagle’
1855: First edition of ‘Leaves of Grass’ was printed
1856: Second edition of ‘Leaves of Grass’ was printed
1857: Joined as editor in ‘Daily Times’
1892: Whitman died at the age of 72 in Camden, New Jersey
How to Cite