A star tattoo is associated with mystical meaning and profound history. Explore this article to know about the symbolism and explanation of star tattoos.

Have you ever felt intrigued by star tattoos and wondered what their different shapes symbolize? Tattoos looking like stars have a long history and they hold a profound meaning. While a lot of tattoos don’t really mean anything and are just meant for decorative purposes, the same doesn’t hold true for star tattoos. Rather, they signify a meaning and purpose. It is, precisely, for this reason only that people find star tattoos very appealing. This article explains the symbolism and mystical meaning hidden behind star tattoos. Read on to know why these tattoos are so special. 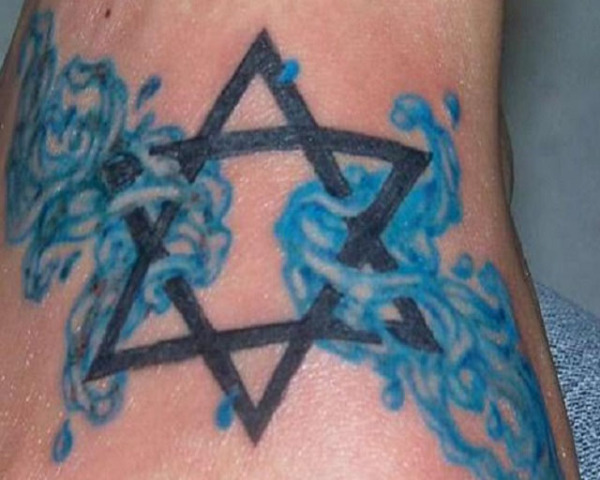 Image: [email protected]
Symbolism & Explanation Of Star Tattoos
Shooting Star
Shooting star associates to a moment of the past that left a lasting and indelible impression. It could symbolize a person, a short romance, a special event, a job or anything that may have changed the life of the person in some way. Shooting star tattoos look absolutely gorgeous and are a nice way of remembering your tantalizing past.
Nautical Star
Nautical stars are also called compass stars. The history of nautical stars can be traced back to the times when sailors used to navigate by interpreting directions from the position of stars, mostly the North Star. The navigators used to get stars tattooed on their hands as an auspicious symbol, hoping that it would help them reach home safely. Therefore, the nautical star symbolizes protection and guidance. Some people look at nautical star as a means to chart their own paths.
Pentagram
The meaning of a pentagon-shaped star tattoo depends on which direction it points to. A downward facing pentagon star signifies an imitation of a Ram's head and is widely considered a sign of devil. Otherwise, the pentagon is viewed to be a symbol of balance and protection. The four elements points of the tattoo represent the four elements, while the fifth one represents the element that resides over the other four.
Hexagram
The hexagram star, or the Star Of David, is a symbol of Judaism and is also known as the Shield of David. The star with six sides signifies the interaction of the Divine with human. When the six points of the star represent six days of the week and the centre corresponds with Sabbath, it is called the creator's star.
Septagram
Septagram is a seven-pointed star, which is often sighted with the seven planets and seven fold systems, such as the Hindu chakra. It symbolizes mystique and integration.
Octogram
Octogram star is the symbol of fullness and regeneration. The eight sides of he the star are represent the eight fold systems, like trigrams, the pagan wheel of the year, and the Ogdoad of ancient Egypt.
Nonogram
Nonogram is a nine point star, symbolizing achievement and stability in life. It is said to have mystical powers. Nonogram is a rare star tattoo to sight. This star is usually seen with nine fold systems, like the nine Taoist Kanji.
How to Cite