“Why?” is what you ask yourself, even as you stand in front of the mirror admonishing what you once admired. It is a tricky position to be in, when you have been living day in and day out with a tattoo, and now it begins to show how powerless a blob of ink is, as compared to Mother Nature. It is faded and doesn’t look a thing like the wonderful design that you had started out with. You would like to get it retouched. Wait a minute! Is there such an option as to get a tattoo redone or changed? Not many people would know about it, but the fact remains that a tattoo can be corrected and retouched or even redone, provided one goes to an experienced and reputed tattoo studio or artiste. Following are some ways in which one can make changes in a tattoo. 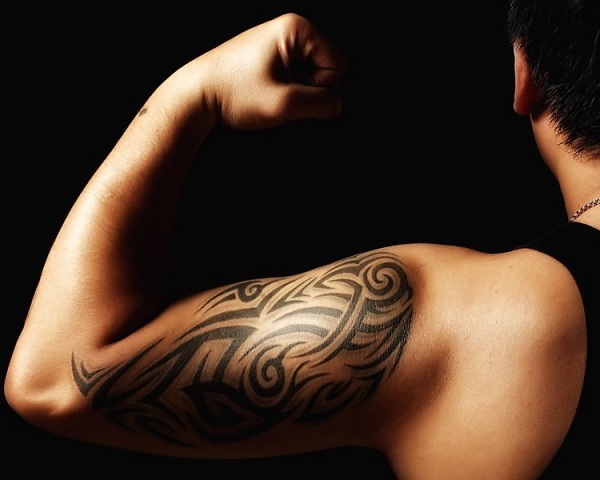 Image: Jhong Dizon | [email protected]
Changing Tattoos
Here’s what you must do to make changes in your tattoo:
Touch It Up
Touching up of tattoos is not new and many tattoo enthusiasts – new and seasoned – get their tattoos touched up regularly so that they look fresh much like actresses and models keep going to the hairdresser to ‘do up’ their hairstyle from time to time. A touch-up is something that can sometimes help a faded tattoo. Because different tattoo inks break down at different rates, not all colors fade at the same speed. If the rest of a tattoo is still fairly fresh and only the bright colors like red needs to be darker in small areas, then you can take help of a tattoo artist to put new red over the old faded one.
Fix It Well
Though it is hard to believe that, there are some tattooists out there making tattoos, with questionable competence but truthfully, there are such tattoo artistes. The lines drawn by such artistes in the outline may cross where they're not supposed to, or may not meet, or the blending of colours may be uneven. Straight lines may not be straight and curved lines will not have a perfect curve. Most people on the street cannot draw a perfect star to save their lives, but it is understandable to expect minimum standards from a tattoo artistes. In addition, although we may not be able to draw ourselves, we know immediately when a sketch doesn't look right. In the case of tattoo fixes, it is best if you do not return to the same tattooist. A competent tattoo artiste should be able to tell you exactly what he/she would be able to do when he/she sees a tattoo fix candidate. Experienced tattooists can do a lot with shading and solid lines to improve a badly executed tattoo.
Redo
For people who've exposed their tattoos to the sun or who simply have had their tattoos for decades, there comes a time when a redo might be the most attractive alternative. Once skin has been tattooed, however, it is never the same. To tattoo over it again will likely be more difficult, and it is also likely to produce a different result, even if that difference is barely discernible. The effect of a complete redo for a tattoo is not only that the vibrancy of a new tattoo is achieved, but occasionally the tattoo also takes on a unique sense of depth and shading that only comes from the presence of all the different pigment molecules in close proximity to one another, old and new.
How to Cite

How To Do Your Own Henna Tattoo