Sunglasses are worn on eyes to protect them from sun rays. Given below is interesting background information on history & origin of sunglasses.

Wearing sunglasses has been the fashion statement since many years. From young to old, everybody loves to wear sun glasses for their own reason.  The origin of sunglasses can be traced back to ancient China and Rome. It is believed that Roman Emperor ‘Nero’ was fond of watching gladiator flights through polished gems. Going back to China, sunglasses were in use here around 12th century. However, the earlier glasses were made up of flat panes of smoky quartz. 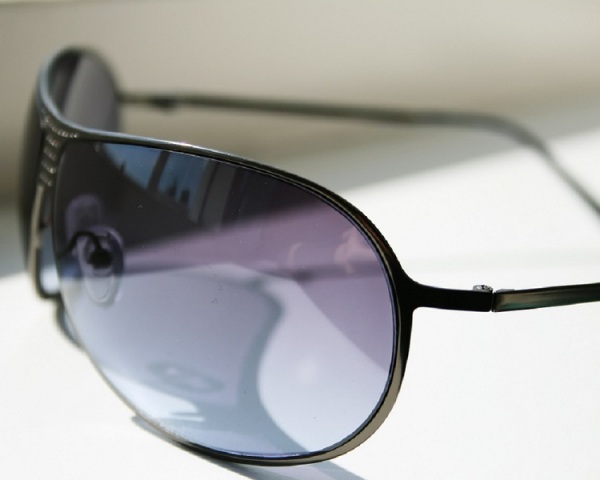 Image: Mathijs [email protected]
Though such glasses managed to reduce glare, they didn’t serve the purpose of correcting the vision or saving the eyes from the harmful UV rays of the sun. Another instance associated with the use of sunglasses recounts that Chinese judges used these smoky quartz glasses to conceal their facial expressions, when they cross-examined a witness. After this, sunglasses did not undergo any considerable changes till the 18th century. During this time, a person named James Ayscough experimented with tinted glasses.
He believed that glasses tinted with blue or green color could significantly help in correcting specific vision related disparities. However, even Ayscough was not focusing on protecting the eyes from the sun. Sun glasses were transformed into the rage they are today, when they were introduced in America by Sam Foster, in 1929. These glasses aimed at protecting eyes from the rays of the sun. He started selling his sunglasses on the beaches of the Atlantic City, New Jersey, under the name Foster Grant, from a Woolworth on the Boardwalk.
Another leap took place, when sunglasses were polarized by Edwin H. Land, using his patented Polaroid filter in 1936. This further increased the demand of sunglasses amongst Americans. Realizing the utility of the polarized sun glasses, the Army Air Corps commissioned the optical firm of Bausch & Lomb to produce highly effective spectacles for pilots, which would protect them from high-altitude glare. Company physicists and opticians specially devised dark-green tint glasses that absorbed light in the yellow band of the spectrum.
Sunglasses even played a significant role during the World War II, when Ray Ban designed anti-glare aviator style sunglasses, employing polarized lens technology. To make the item highly effective, the company also designed a slightly drooping frame perimeter to shield aviator’s eyes, which constantly glanced downward toward the plane's instrument panel. Owing to its high utility, fliers were issued these glasses without any charge. However, the public got access to these sunglasses, as Ray-Ban Aviator sunglasses, in 1937.

The next shift was seen when famous movie stars and musicians started patronizing sun glasses. This gave a new dimension to the glasses, as they became a potent tool to look ‘cool’ and ‘stylish’. Gradually, sunglasses developed into a full ledged industry, complimenting the fashion needs of the society. Since their inception, they have changed drastically, mainly as per the varying needs of the people. Sunglasses are now available in varied tints and styles, making you look as suave as possible.

How To Choose Sunglasses