Even the brassiere, popularly known as the ‘bra’ has a history. Check out the origin and interesting information on the background of bra.

One of the most essential pieces of clothing that a woman’s wardrobe would have is the bra. Available in a number of designs, colors and styles, the bra has evolved from the bare essential in the ancient times to the stylish must-have of the 21st century. Yes, even the bra has a history and a background of its own! Though the bras worn in ancient times were nothing close to what we have now, the similarity lies in the fact that the garment was used to support the breasts. Check out the interesting information given below that dwells on the origin and background of brassieres. 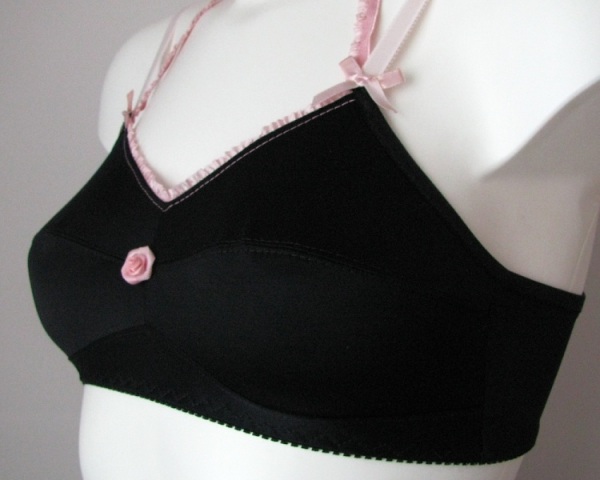 Image: [email protected]
Ancient Times
The origin of wearing bra can be traced back to 2500 BC. Minoan women, who lived on the island of Crete in ancient Greece, used to wear a garment similar to a bra, which was supposed to lift up their breasts and enhance them. Many years down the line, the Romans and the Greeks did the exact opposite; they wore a bust band that would essentially reduce the size of the bust. In ancient Egypt, a piece of clothing used to cover the breasts partially by falling diagonally from one shoulder to the waistline.
By 1550s, the infamous torture of the midriff was started by Catherine de Médicis, wife of King Henri II of France. She banned women with thick waists in the kingdom and the ‘corset’ was designed to narrow down the waist line to 13, 12, 11 or even 10 inches so that the breasts are lifted. This continued for 350 years! This practice was considered to be very cruel and even young girls were subject to this torture. It lead to health complications which were sometimes, even fatal.
Time to Change!
In 1875, the manufacturers George Frost and George Phelps came up with 'Union Under-Flannel' under garment, which was a no bones, no eyelets, and no laces or pulleys outfit. In 1893, Marie Tucek designed the ‘breast supporter’, which was similar to the modern day bra, with straps, hooks, etc. In 1907, the term ‘brassiere’ was coined and popularized by women’s magazines. In the year 1913, Mary Phelps Jacob designed a corset replacement with ribbons and silk handkerchiefs. This idea was widely appreciated and she patented her backless brassiere design the following year. However, the business failed and she sold her patent to Warner Brother's Corset Company for US$1,500.
21st Century
In 1917, women were told not to buy corsets during the World War I. In 1928, a Russian entrepreneur named Ida Rosenthal introduced cup sizes and bras for all stages of a woman's life. The strapless bra came in 1934 and so did many other styles. The first push-up bra came to the markets in 1948. In the year 1964, a breakthrough came in the form of the first invisible bra. Another breakthrough in the form of “Wonderbra” came in the year 1968. The 70s was infamous for the bra burning issue and many women gave wearing the outfit altogether. By the 80s, new styles were introduced and the bra gained popularity again. Today, it is a thriving industry and women swear by the number of styles they own!
How to Cite