Pajamas are important piece of clothing with an interesting history. Check out the origin of pyjamas, and get information about its background.

A pyjama or a pajama is an important piece of clothing, worn by both man and woman. Normally, it is a loose and comfortable drawstring pants, made of light fabrics. However, in places like Britain and United States, the term applies to sleeping suits and consists of a loose front-buttoned jacket and a trouser. These days, pajamas or pj’s signify anything, from flamboyant beach trousers to airy boxers. More often than not, any item of male sleepwear today is synonymous to a pajama. Still, the traditional pyjamas consist of a combination of jacket and a pair of trousers alongside. 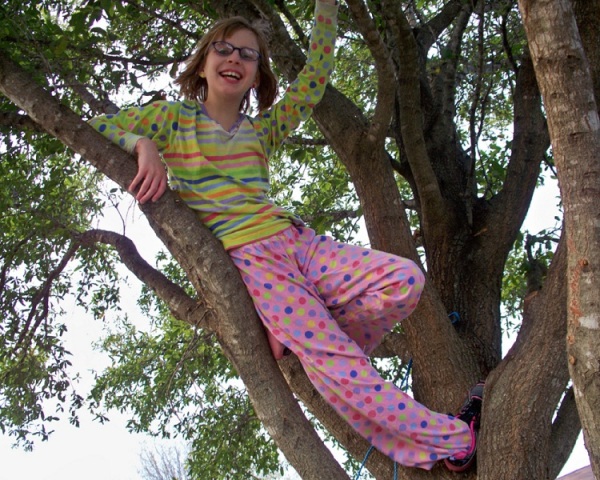 Image: [email protected]
Today, soft fabrics such as flannel are used to make pyjamas, so that they are more comfortable to wear. The sleeves of the jackets are cuff-less and they have a placket front. Pyjamas are often called jim, jams or jimmies, in colloquial speech in the South Asian region. In South Africa, they are known as night suits by many. Customarily, pyjamas are worn without underwear and with bare feet. However, wearing styles may vary according to the personal preferences of the wearer. Even though, everyone loves to move around in them, few know of their history and origin. Go through this article to get an insight to some interesting facts about the origin of pyjamas.
Interesting Information On The Background Of Pyjamas
Earlier Times
The word ‘pyjama’ traces its etymological origin to the Persian word ‘payjama’, meaning ‘leg garment’. However, it was first incorporated into English from the Hindustani language. During the seventeenth century, British men wore pyjamas as casual attires while relaxing, until they became outmoded. They soon gained ground in the west during the colonial era, and became popular as sleepwear, with designs inspired from similar traditional Indian and Persian garments. In India, pyjamas comprised of important clothing items of women and Sikh men. In addition, with the adoption of pajamas by Englishmen, their popularity soon perforated all across the globe.
Modern Era
Today, pyjamas not only serve the function of sleepwear, but ae also considered as fashion garments by many. People harbor no inhibitions to flaunt themselves in their favorite pairs of pj’s in public. Pyjamas have come to be increasingly associated with individual fashion statement, with people combining them with different styles of upper wears and flaunting their personal styles. In china, it is common to sight adults wearing pyajamas in public, around the local neighborhood, in the late afternoon or evening. In Ireland, pyjamas are worn in public by Skangers, who are known for their anti-social behavior and loitering around in public places. Skangers wear it mostly in their teens.
We all know how popular and happening a ‘pajama party’ turns out to be these days. Don’t we? That is just one way of indicating the popularity of pajamas. Well, today they come in different fabrics, from comfortable cottons to luxuriant silks or satins. Different styles of pyjamas are also doing the rounds in regions where they are very popular. They are also available in a variety of details and patterns. Besides, in places like North America, wearing pajama pants are considered more modish than legging around in hot pants. Need any more reason to buy a pair of yourself?
How to Cite