Do you know that the history of lingerie dates back to 3000 BC. Read this article to know some more interesting and amazing information on the origin & background of lingerie.

The term ‘lingerie’ has been derived from old French ‘linge’, which means linen. Though lingerie has been in use since B.C, the term ‘lingerie’ was not extensively used to refer to the underclothing until the late 1850’s. It is interesting to note that even the mention of lingerie was considered scandalous in ancient times. Lingerie has a great contribution in defining for women what it means to look beautiful and sensuous. The rich and elaborate history of lingerie traces its development from being painful and boyish to evolving into being practical and feminine. Read the article to know the eventful history of lingerie. 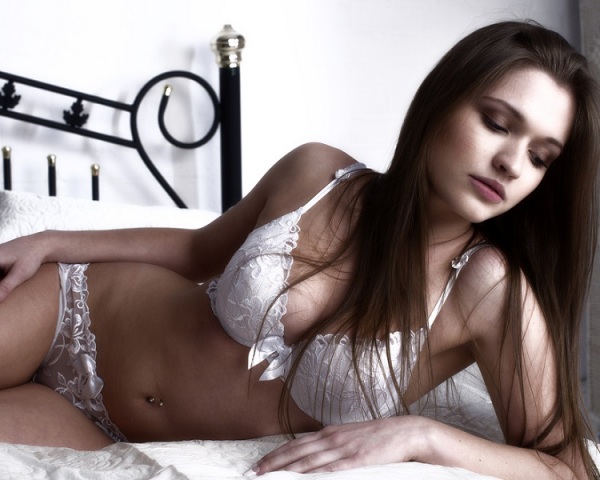 Image: Lies Thru a Lens [email protected]
Interesting & Amazing Information On Origin & Background Of Lingerie
While it is not possible to trace the exact roots of lingerie, the first record of its use has been collected from Egypt, which dates back to 3000 BC. Several terracotta figurines discovered throughout the ancient Near East suggest that different types of undergarments were worn during those times. Evidence also suggests that lion cloth was also used to make lingerie in ancient Egypt. Many female statues in classical Greece wear a crossed band over their shoulders and across the breast. A band of linen worn by women around the waist and lower torso has been mentioned in the ancient writings of Greece as well.
During the Middle Ages, linen underclothes were worn by nobility to protect their expensive outer dresses from body dirt, as also to provide a layer of warmth. Chemise and later corset were introduced in the 4th & 16th centuries respectively. Chemise was typically worn by women under petticoats. As compared to the ancient dress, modern fashion emerging from Medieval Europe concentrated on tailoring the clothing design according to the body shape. This was the time when women started to wear tight-fitting undergarments, so as to manipulate the shape of their bodies. Corset was extensively used by women in this age.
The beginning of 20th century introduced an alternative to the corset, in the form of bust bodices that supported the bosom as a whole. In 1914, Mary Phelps-Jacobs, an American, patented her lingerie design by the name Caresse-Crosby. The design consisted of two silk handkerchiefs tied to one another with ribbon straps and a seam in the center front. She sold her idea to the Warner’s, which introduced the first sizing with only A, B &C, as late as 1935. In Britain, the junior and medium sizing was used until the 50’s.
All through the 20th century, the development and advancement of manmade fabrics, such as nylon, DuPont’s Lycra,polyester, and Elastane microfibres, brought about changes in the development of lingerie. New fabrics paved way for the fashioning of lightweight, supportive, flexible and seamless lingerie. Estimates show that the lingerie market touched half a million pounds level at the end of the 1990’s. Further advancements in designs and fabrics have been introduced in the new millennia and innovative lingerie designs are establishing their market across the world.
How to Cite