Tattooing is an ancient art, which became popular among the youth of today as a form of self-expression. From the ancient times, many cultures, both tribal and civilized have practiced tattooing as a form of tradition and for identification also. Nowadays, people prefer tattoos with their zodiac signs. There are millions of people in the world, who believe in astrology, and love to get their zodiac tattoo inked on their body. Pisces is the twelfth astrological sign in the zodiac and originates from the Pisces constellation. The Pisces sign is usually feminine and considered as an extroverted water sign, ruled by the planet Neptune. People who are born between February 19th and March 20th are believed to be born under the sign of Pisces. People who are born in Pisces months share the same characteristics such as easy going, sensitivity, impracticability, imaginative thoughts and gullibility. Pisces tattoos often incorporate the water elements such as waves, bubbles and seaweed, etc. It is believed that the Pisces zodiac rules the feet, so people often wear their Pisces fish tattoos on their feet. Read on the article to know more about Pisces tattoos designs. 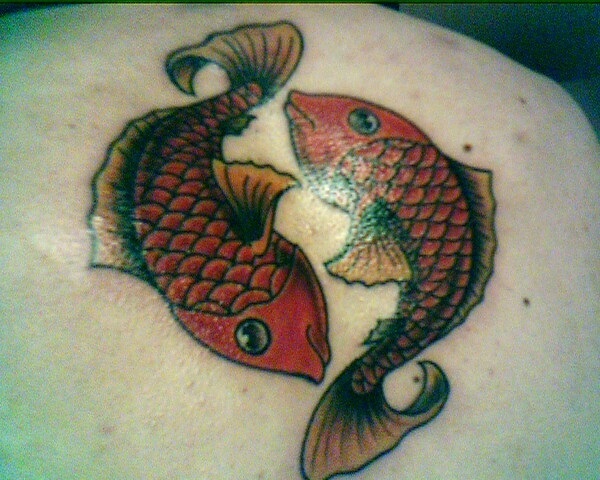