With simple to intricate designs, tattoos have been a feature of most cultures since the dawn of time. Read this article to know some easy and simple tattoo designs for guys (or men).

Tattoos were traditionally a part of an elaborate rite of passage, within a specific culture. They even served as a mark of royalty and rank, a symbol of spiritual and religious devotion, a mark of bravery and prowess in battle, a sexual lure, a pledge of love, a punishment, an amulet, a talisman for protection, and a mark of slaves, outcasts and criminals. Most of the tattoo designs have meanings hidden behind their symbols. They have now become a great style statement for men and a way of showcasing one’s personality. Male tattoos are not only attractive and noticeable, but show masculinity as well. Given in this article are some simple tattoo designs for guys that can be made easily, without wasting much time and causing much pain. 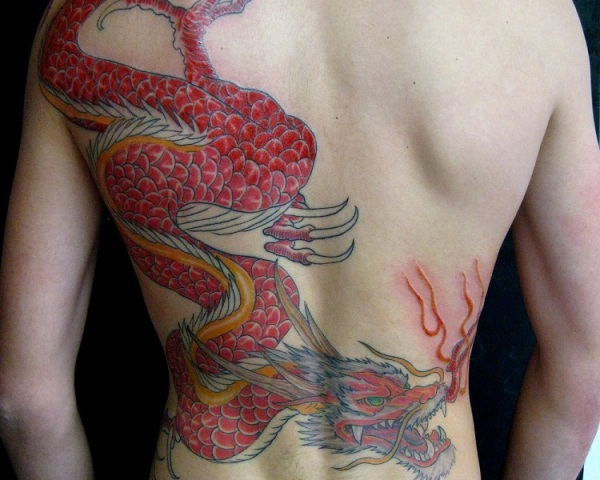 Image: [email protected]
Easy Tattoo Designs For Men
Tribal Tattoos
The unique feature of tribal tattoos is that they are relatively simple and their unformed lines and curves make them look good. They come in several different designs, like butterflies, sun, moon, bears, claws and stars.
Celtic Tattoos
Celtic tattoos are amongst the most attractive types of tattoos, which are quite famous these days. Their crosses, spirals or an intricate combination of several of these symbols makes them unique. Some popular Celtic tattoo designs are Celtic cross, butterfly, tree of life and the shamrock.
Japanese or Chinese Tattoos
Since they incorporate other Asian art or symbols, Japanese and Chinese tattoo designs make a great choice for a tasteful tattoo. Some of these are dragons and Chinese characters.
Zodiac Tattoos
Zodiac tattoos have proved to be the latest hype in the world of tattoos. The famous ones are Pisces, Libra, Aquarius, Gemini, Scorpio and Capricorn tattoos. These tattoos can give you a perfect makeover, as the symbols represent your zodiac sign and reflect what kind of a person you are.
Ambigrams
They are the latest and most rapidly growing tattoo designs in the market. Ambigrams are tattoos that comprise of two words, with almost the same number of letters in each word. The words are combined in such a way that one word reads right side up and the other word is read when the design is flipped over.
Animals & Birds
Animals, birds, fish and insects are some other popular tattoo designs for men. Common animal tattoo designs include tiger, lion, bear, bat, cheetah, elephant, horse, fox, jaguar, etc. Bird tattoos include eagles, falcons, hawks, etc.
Other Symbols
Men can be seen sporting different varieties of tattoos, like stars, crosses, angels, demons, a crown of thorns, yin and yang, religious symbols, sports symbols and even cartoons.
How to Cite