Though convertibles have more & more models coming in, they still exert timeless magic. Explore to know some interesting & amazing information on the history, origin & background of convertible cars.

Difficult to define, but the appeal of a convertible is part environmental, part visual and part fantasy. A convertible is an automobile in which the roof can retract and fold away, thus converting it from an enclosed vehicle to an open-air one. The roof is constructed from soft or rigid material. The soft-tops are made from vinyl, canvas or other textile material while the hard-tops are made of steel, aluminum, plastic or other rigid materials. A soft-top convertible is known as a cabriolet, cabrio, or spyder, while a two-seater is called a roadster. The hard-tops convertibles are marketed as coupe coupé cabriolet, coupé convertible or retractable hardtop, while two-seaters are known as coupé roadster or roadster coupe. Read on to know some interesting and amazing information on the history, origin and background of convertible cars. 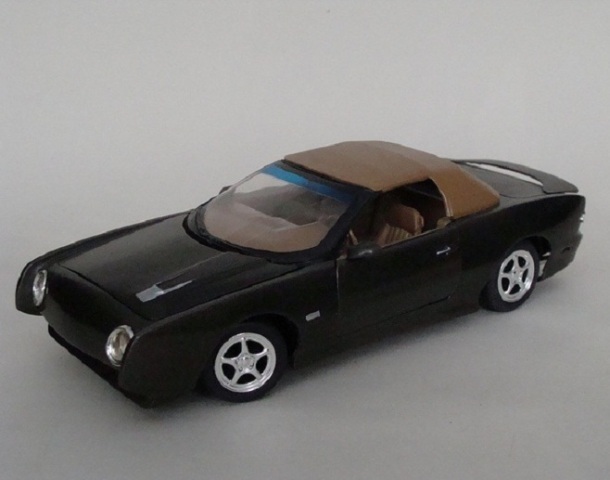 Interesting & Amazing Information On Origin & Background Of Convertible Cars
The first practical retractable hardtop system was conceived by an American, Ben P. Ellerbeck, in 1922. The system was implied on a Hudson coupe, but the concept was never put into production. In 1935, Peugeot constructed the first power-operated retractable hardtop called ‘402 Éclipse Décapotable’. The car was designed and patented by a Parisian, Jewish dentist, Georges Paulin. He also worked as a part-time car designer, but died later in the Holocaust. Paulin’s designs were custom-built by French coachbuilder Marcel Pourtout, on a larger Peugeot chassis. In 1936, the ‘402 Éclipse Décapotable’ was constructed with a manually operated retractable hardtop in limited numbers, until the World War II.
In 1941, Chrysler built its first retractable hardtop concept called the ‘Thunderbolt’, which meant ‘dream car’. The year 1953 saw Ford Motor Company engineering a ‘Continental Mark II’ with a servo-operated retractable roof, by spending an estimated US $2 million. The project was headed by 30-year old draftsman named Ben Smith. The concept gained success in theory, but was rejected due to marketing reasons. Later, two brothers Ed and Jim Gaylord showcased their first retractable hardtop prototype at the Paris Motor Show, held in 1955. This car also failed to reach production.
In the year 1957, Ford marketed the ‘Skyliner’ in the United States. Around 48,394 cars were built between 1957 and 1959, due to its notability for complexity and only intermittent reliability. The car featured ten power relays, ten limit switches, four lock motors, three drive motors, eight circuit breakers, and 610 feet (190 m) of electrical wire, which could raise or lower the top in about 40 seconds when functioning. The car also had some luggage space, but was priced twice as much as a baseline Ford sedan. However, ‘Skyliner’ was withdrawn from the market after three years.
The beginning of 1995 saw the era of modern retractable hardtops. The year began with Mitsubishi’s ‘3000GT Spyder’ running on the roads of United States only, which was then followed by Mercedes-Benz ‘SLK’ in 1998 and Peugeot ‘206 CC’ in 2001. Peugeot was the first company to present a four-door retractable hardtop convertible with ‘407 Macarena’, in 2007. The car was produced by French coachbuilding specialist Heuliez. Its top could be folded back in 30 seconds. The model also incorporated LCD screens for the rear passengers. Today, the most popular retractable hardtop models include BMW Z4 (2010), BMW M3 (2008), BMW 328i/335i Cabrio (2007), Cadillac XLR (2004), Chevrolet SSR (2003), and Chrysler Sebring (2008).
How to Cite