A well-known German automobile manufacturer, Volkswagen has an exciting history behind its origin. Explore this article to know interesting & amazing information on the background of Volkswagen.

Volkswagen is a German auto maker well known among people across the world. Often abbreviated to VW, the company is based in Wolfsburg, Lower Saxony, Germany. It is the original brand name under Volkswagen Group, which also houses Audi, Bentley Motors, Bugatti Automobiles, Automobili Lamborghini, SEAT, Skoda Auto and heavy goods vehicle manufacturer Scania. The word Volkswagen means ‘People’s Car’ in German. The tagline of the company reads as Das Auto meaning ‘The Car’. Volkswagen is mostly involved with manufacturing luxury models for the upper class of the society. In November 2009, Volkswagen and Porsche together surpassed Toyota and became the world’s largest car manufacturing group in terms of production. Read on further to know some interesting and amazing information on the history, origin and background of Volkswagen. 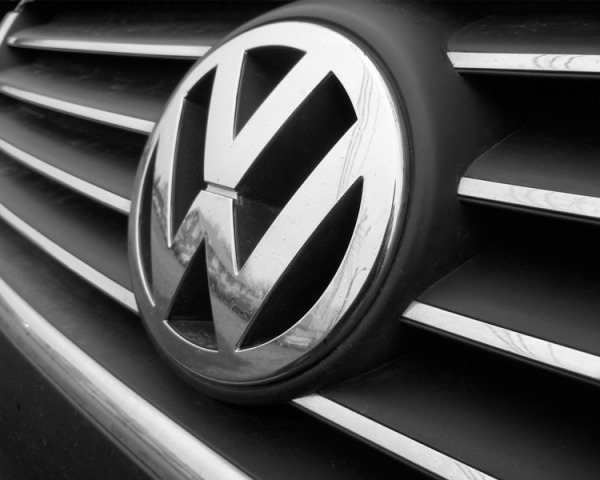 Interesting & Amazing Information On Origin & Background Of Volkswagen
Prior to 1930s, various efforts were made by auto makers in manufacturing simple cars that could be afforded even by the middle class, but none found any success. Most of the cars ended up costing more than an average man’s yearly wage, even after being designed in a simple manner to meet the basic transportation needs. However, Ferdinand Porsche set up an automotive design company called Porsche Buro in 1930. The company came up with an independent front suspension system, consisting of transversely mounted torsion bars, connected to two trailing arms on each side. This suspension was lighter than most others of that time.
In 1933, Hitler met Ferdinand to design a Volkswagen. He proposed an idea for a car that could seat 5 people, cruise up to 62 mph, return 33 mpg, and cost only 1000 Reich Marks ($ 250). This was an excellent opportunity for Ferdinand to push up the small car idea forward and help the citizens of Germany afford a car. Porsche designated this design as Type 60, which was later changed to V1. Hitler proposed for a convertible version, which was designated as V2. However, Porsche was not able to build the first two prototypes, which were only completed in 1935. The V1 design was upgraded and came to be known as VW3. This model had metal floors, swing axle rear transmissions, front independent suspensions and backbone floorpans. The engine chosen for the car was cheaper and reliable.
The next version VW30 was created and a total of 30 cars were produced. Eventually, many VW38s and VW39s were produced, which had front hinged doors, split windows in the rear, larger hoods and other differences. During World War II, an amphibious vehicle known as Type 166: the Schwimmwagen was produced. This vehicle was powered by a 25 hp engine and had a retractable ducted propeller in the rear, for use in water. Also, a simple military vehicle known as Type 82: Kübelwagen was also produced that came to be known as the Germany’s jeep. It had a flat-sided body that increased ground clearance. Some less than 16,000 Schwimmwagens and over 50,000 Kübelwagens were produced during the war.
In 1949, after Heinrich Nordhoff was appointed as the senior executive of Volkswagen, the company took a new turn, which proved to be fruitful. Production increased steadily and in late 1949, a new concept for a utility/ transport vehicle came up. 1950 saw the birth of VW transporter. Volkswagen cars were now being transported to other European countries like Denmark, Sweden, Luxemburg, Belgium and Switzerland. The company moved on to South Africa, where it started producing Beetles in the early 1950s. Volkswagen transporters did not gain as much popularity as Beetles. As a result, in the first 5 years of production, there were 4 times fewer buses built when compared to Beetles.
Volkswagen went global by building factories in other countries like England, South Africa, Brazil and Australia. Every year, the Beetle saw minor changes in itself. Turn signals were added and engines were improved. The Disney movie, Herbie further helped in promoting the Beetle. By late 1960s, Volkswagen was producing over one million Beetles each year, with the year 1969 being the most productive among all. The company developed a new car called the Super Beetle in 1971. The model had modern MacPherson struts in the front, instead of the older transverse beam arrangement. The models produced during 1972-74 were the only ones to have a real dashboard. In 1980, the convertible Beetle took off on the roads, after which Rabbit Pickup was introduced.
In 1981, Beetle broke records when the 20 millionth Beetle was produced in Puebla Mexico. Quantum, Golf, Rabbit, Jetta were produced in the following years. The 1990s witnessed the introduction of Fox, Vento, Sharan Van and the New Beetle in different countries across the world. The Golf Mk4 was adjudged as the third best European car of the year, in 1998, after Alfa Romeo 156 and Audi A6. Volkswagen’s market share grew in the UK, while the sales fell in the US. In the late 1990s, Volkswagen acquired three luxury brands under its group that were Lamborghini, Bentley and Audi. Since then, the Volkswagen group has been producing numerous models under various segments.
How to Cite