Named after Wilhelm Maybach, designer of the first Mercedes, Maybach has an interesting history. Read the article to know some interesting & amazing information on the origin & background of Maybach.

Maybach Motorenbau GmbH, a German luxury car manufacturer, was founded in 1909 by Wilhelm Maybach and his son Karl Maybach as the director. Maybachs are luxury sedan cars designed especially for the wealthy and upper classes. The base price of a Maybach starts at $344,000 and can go up to $700,000. Each car model is accompanied with sterling silver champagne flutes and the finest upholstery and wood trim, along with numerous other features. Not surprisingly, the cars weigh well over 6,000 pounds. Read through the following lines to know interesting and amazing information on the history, origin and background of Maybach. 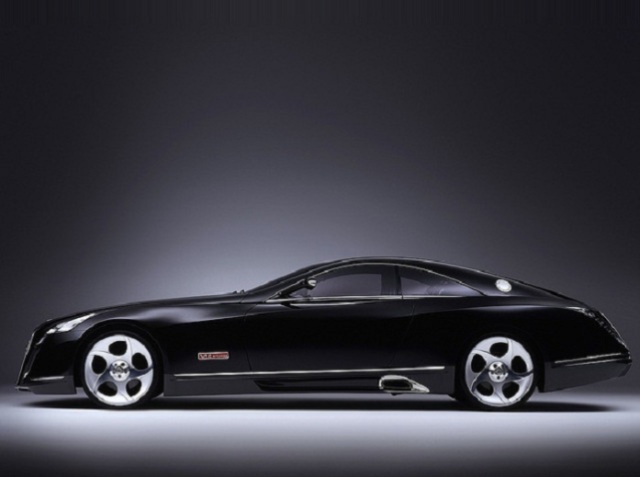 Image: [email protected]
Interesting & Amazing Information On Origin & Background Of Maybach
At the young age of 19, Wilhelm Maybach met Gottlieb Daimler, who was impressed by the former’s abilities and technical talents. Maybach became Daimler’s protégé and the two soon developed a close working relationship and friendship, which lasted for years until Daimler died in 1900. In the year 1869, both Maybach and Daimler moved to Karlsruhe, where they started working for the Deutz engine company. This provided Maybach an excellent opportunity to design lightweight, high-speed engines that could be used in a variety of applications.
In 1882, Daimler and Maybach left Deutz due a dispute with the management and moved to Canstatt. Together, they started working on new engines and eventually, developed a radical new engine over three years. The engine was first installed in a wooden cart and then in a carriage. Soon, Maybach realized that adding an engine to a carriage would not work and began working on the design of a true automobile. They created a car that had steel wheels and a sliding pinion gearshift system. This car was displayed at the Paris World Exhibition in 1889.
Come November 1890 and both the friends founded “Daimler Motoren Gesellschaft” (DMG) or Daimler Motor Company, where Maybach became the chief engineer. However, Maybach was unhappy with the contract and left the company in February 1891. He continued working in an apartment, only to come up with engine developments that included the new Phoenix engine with an improved carburetor and belt drive system. He returned to DMG in 1895 and produced more innovations, such as fan-cooled honeycomb radiator and the first four-cylinder automobile engine. He came to be known as the ‘King of the Designers’ by the French.
Maybach created the most famous design after his friend, Daimler passed away in 1900. With the help of Daimler’s son, Paul, Maybach designed a new, powerful car to be sold to the wealthy residents of France. The car was named after Daimler’s daughter, Mercedes. Thus, the Mercedes was born and quickly became a success, finally ending the ‘horseless carriage’ era. In 1909, Count Zeppelin and Maybach founded “Luftfahrzeug Motorenbau GmbH” in Bissingen. Three years later, the company moved to Friedrichshafen and was named Motorenbau Friedrichshafen. The Maybachs bought a 40% share in the company and in 1918, the firm was finally named Maybach Motorenbau GmbH.
The operations of the company were handed over to Maybach’s son, Karl who paved the way for the second part of the Maybach legacy. With the onset of World War I, the production was focused on the engines for locomotives and ships. Karl faced problems in lining up contracts and only found customers who ran into financial problems. So, he began making his own cars. The first Maybach, the W3 was showcased at the 1921 Berlin Motor Show, where it gained a lot of attention. From then on, Karl went on to design many cars around the tastes and desires of the wealthy. Every Maybach was unique and prized for the powerful engine and sophisticated transmissions.
The year 1929 saw the first car with a V12 engine, the Maybach 12 DS.  The legendary Zeppelin was first unveiled in1930, which was more expensive than the Horch, its only competition. Around 2,300 Maybachs were built from 1921 till World War II and only 150 of them are remaining today. Maybach was revived as a brand in the early 2000s, with the decision to market the car under the sole brand name of Maybach and not Mercedes-Benz. Two luxury sedan models were produced, Maybach 57 and Maybach 62. the year 2005 saw a new model, 57S, which sported a 6.0L V12 bio-turbo engine. Today, Maybachs are handmade in Germany, made to order on customer requests.
How to Cite