Toyota Motors took off as a modest automaker, only to swing to great height with time. Read the article to know some interesting & amazing information on history, origin & background of Toyota.

Toyota Motor Corporation, better famed as Toyota, took off as a spinoff venture of the founder automobile company Toyoda Automatic Loom Works, in the year 1937, under Kiichiro Toyoda. Since then, it has been one high ride for this automobile manufacturing company. Based in Japan, the company has its headquarters in Toyota City, Tokyo and Aichi. Toyota is celebrated as world’s largest automaker, largely because of it stupendous sales record. It also owns and operates Lexus and Scion brands and has a majority stake in Daihatsu and Hino Motors, Fuji Heavy Industries, Isuzu Motors, Yamaha Motors, & Mitsubishi Aircraft Corporation. In India, Toyota started off as a joint venture between Kirloskar Group and Toyota Motor Corporation, better known as Toyota Kirloskar Motor Private Limited (TKM). It mainly focused on development of the automotive industry and the creation of employment opportunities, not only through its dealer network, but also through appurtenant industries. The company includes 522 subsidiaries. Read on to educate yourself on the glorious history of Toyota. 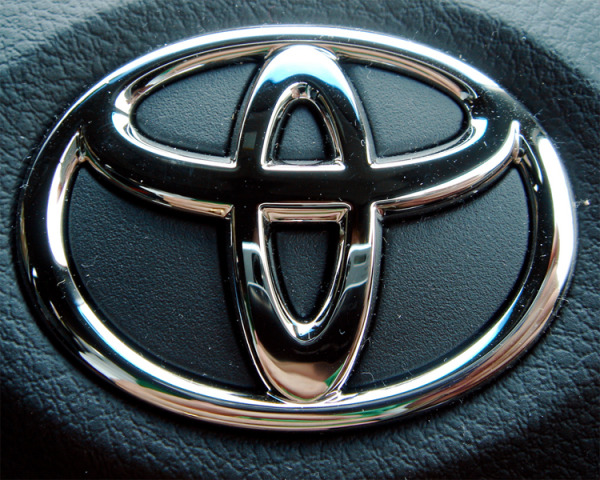 Image: [email protected]
Interesting & Amazing Information On Origin & Background Of Toyota
Toyota initially kicked off as an ambitious venture of Toyoda Automatic Loom Works, under the ownership of Kiichiro Toyoda, in the year 1933. Initially, A1 (passenger car) and G1 were the cars to come out under its flagship. However, Toyota emerged as an independent company in the year 1937 and that year stamped the beginning of its glorious history. Originally, Toyota was conceived as an ambitious enterprise of automobile company, Toyoda Automatic Loom Works. It was only the result of the initiation launched by Kiichiro Toyoda that Toyota got to see the light of the day.
In the year 1929, Kiichiro took extensive tours to Europe and the United States, to learn more about automobile production. He took to an extended research on gasoline-powered engines, by 1930. This prompted Toyoda Automatic Loom Works to formulate automobiles for domestic use for Japanese government, partly due to financial crunch and the then ongoing Chinese war. It was in the year 1935 that the company first came out with its first big achievement, the Model A1 passenger car, followed by the G1 truck in the same year and another Model AA passenger car in the next year. The early vehicles bore a close similarity to the Dodge Power Wagon and Chevrolet.
It was only in the year 1937 that Toyota egressed as an independent automobile company, now called Toyota Motor Co. Quite interestingly, though the founder of the company was called Toyoda, the company was christened as Toyota, which stood as a clear demarcation of the founder member’s personal and professional commitments. The name was intentionally altered with a view to simplify pronunciation and mark a new beginning. Some others suggest that the name was modified to Toyota, as it was believed to bring better luck than the name Toyoda in Japan.
During World War II, Toyota mainly dedicated its energy to produce trucks for Imperial Japanese Army. The trucks were designed as purely utility based, with only one headlight on the center of the hood. The war ended shortly before a scheduled Allied bombing run on the Toyota factories in Aichi. After the war, Toyota majorly took up to the production of commercial cars (that has proved to be its biggest successful venture till date). Toyota Motor Company got its first taste of International recognition in the 1980s, when it won its first Japanese Quality Control Award.
In 1982, Toyota Motor Company and Toyota Motor Sales merged to become Toyota Motor Corporation. Later, it entered into a joint enterprise with GM called NUMMI, the New United Motor Manufacturing, Inc, operating an automobile-manufacturing plant in Fremont, California. After that, Toyota came out with its first luxury class of Lexus, in the year 1989. The nineties saw the company go big with the production of larger and more luxurious vehicles, including a full-sized pickup, the T100 or the Tundra; several lines of SUVs; a sport version of the Camry called the Camry Solara; and the Scion brand, a group of several affordable, yet sporty, automobiles targeted mainly at young adults.
Toyota came up with the world’s best selling hybrid car - the Prius - in the year 1997. In 2002, it collaborated with Formula One works team and established joint ventures with French motoring companies Citroën and Peugeot, the latter va year after the company started producing cars in France. Toyota ranked eighth on Forbes 2000 list of the world's leading companies for the year 2005. The company also grabbed the numero uno slot in global automobile sales for the first quarter of 2008. Toyota has found recent fame with its smaller models, Corolla and Yaris. Today, cars like Fortuner, Camry, Land Cruiser sums up as its biggest feat.
How to Cite