Chevrolet Beat is the latest small car to be launched in the Indian market. Explore this review to know about the specifications and features of Chevrolet Beat.

The latest car to hit the Indian roads is the small wonder introduced by Chevrolet, called Beat. The mid-range hatchback car is all set to compete with the likes of Swift, Hyundai i10 and Ritz. Beat has been designed at General Motors’s (GM’s) Design Studio in Bupyeong, South Korea, taking inputs from the global network of GM designers. It has been built on the same platform as Suzuki's Splash. The car was recently launched at the Auto Expo in New Delhi. The stylish, suave and aggressive-looking car will prove to be an attractive addition to the huge range of small cars in India. To know all about the specifications and features of Chevrolet Beat, read the article. 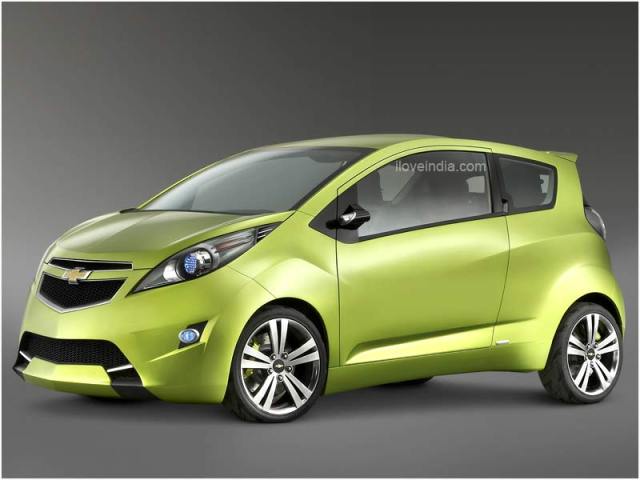 Design & comfort
Chevrolet Beat can be considered as the most unique of all the current hatchback models in India. The unconventional design of this stylish car was sketched in Korea, while the car has been built in India. Prima facie, Chevrolet Beat looks like a 3-door car, due to the secret rear door handles being integrated into the car’s C-Pillar. An integrated spoiler is one of the standard features of the car. With an integrated and aggressive body kit and a roof-mounted spoiler, Beat has been fashioned into an Ultra-racing concept vehicle. An elongated face, narrow headlamps, an angled mouth-like grille and a jutting chin are some of the other stylish features of the automobile. The car’s unique and refreshing design promises to be its USP.
Engine
Chevrolet Beat will have a 1.2 L engine with efficient MPFI (Multi Point Fuel Injection Technology). The engine is capable of delivering a maximum of 82 bhp. The diesel variant of Beat will come fitted with a three cylinder diesel engine, with a displacement of 1.0 L and a maximum power of 57 bhp. A unique feature of Beat is an automatic temperature controller inside the engine that uses a dome-type, long-skirt cylinder block narrowing the space between intake valves. The application of four resonators reduces the engine noise.
Safety
Chevrolet beat comes attached with many safety features, such as Driver and front passenger air bags, 4-channel/4-sensor EBD-ABS system and seatbelt with load limiter. Around 66.5 percent of the car’s body has been constructed with high-strength steel and ultra-high-strength steel has been used in over 16% of its body.
Variants & Price
Beat has been introduced in three variants; Chevrolet Beat 1.2, Chevrolet Beat 1.2 LS, Chevrolet Beat 1.2 LT. The car will be available in seven colors, namely Olympic White, Linen Beige, Caviar Black, Misty Lake, Moroccan Blue, Green Cocktail and Super Red. The car has been reasonably priced, between Rs 3,34,000 and Rs 3,94,000 (ex-showroom price), to appeal to the average car consumer in India.
Technical Specifications 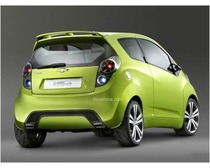 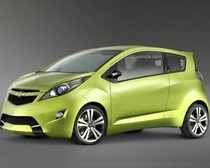