Ever since its acquisition by General Motors Company, Chevrolet has been the company’s highest selling brand. Explore interesting & amazing info on the history, origin & background of Chevrolet.

Chevrolet is an American automobile brand owned by General Motors Company (GM). Also known as Chevy, the company is headquartered at Detroit, in Michigan, in the United States. It is the top selling GM marquee and the best known brand from GM across the world. Currently offering over 20 vehicles and many different enhanced versions in its home market, right from subcompact cars to medium-duty commercial trucks, Chevrolet is one of the prominent automobile brands. Apart from US, the company caters to other countries as well, some of them being China, India, Japan, Malaysia, Middle East, Pakistan, South Korea, Australia, Europe, Russia, South America and others. Read through the following lines, to know more interesting and amazing information on the history, origin and background of Chevrolet. 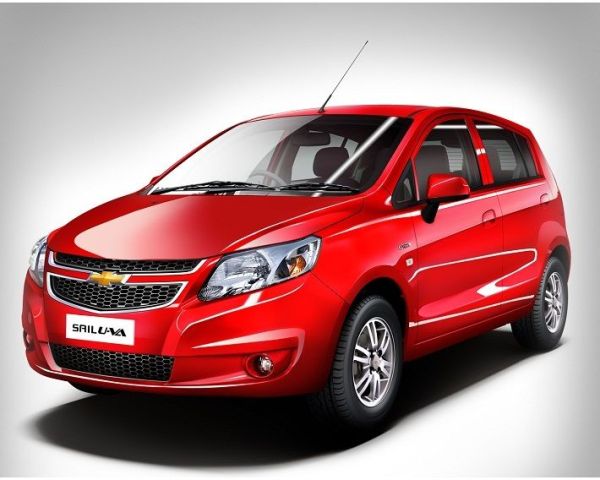 Interesting & Amazing Information On Origin & Background Of Chevrolet
Chevrolet Motor Car Company was co-founded by Louis Chevrolet and William C. Durant in Michigan on 8 November, 1911. Louis Chevrolet was a race car driver, while Durant was the founder of General Motors who had been forced out of the company in 1910. Prior to founding GM, Durant headed Buick Motor Company where Louis Chevrolet was hired for driving Buicks in promotional races. Etienne Planche designed the first Chevy, the costly Series C Classic Six, as instructed by friend Chevrolet. The “bowtie” emblem was first used by Chevrolet in 1913. The logo is said to be inspired from the wallpaper that Durant once saw in a French hotel.
In 1915, Chevrolet went to Toronto, Canada to check the possibility of setting up production facilities in Canada. He met “Colonel Sam” McLaughlin, owner of McLaughlin Motor Car Company that manufactured the McLaughlin Buick. They agreed to operate Chevrolet Motor Car Company of Canada, headed by McLaughlin. Three years down the line, both the operations were purchased by General Motors to become General Motors of Canada Ltd. By 1916, Chevrolet had earned profits, making it a possibility for Durant to buy shares in GM. The deal was finalized in 1917 with Durant becoming the president of GM and Chevrolet merging into GM.
A year later in 1918, Model D, a V8-powered model was introduced by Chevrolet. This feature was available in four-seater roadster and five-seater tourer. In 1926, General Motors (Australia) Pvt. Ltd. was established in 5 Australian states to produce and assemble Chevrolet and other GM vehicles. Chevrolet highly influenced the American market during the 1950s and 1960s. In fact, during this reign, GM was twice the size of the second biggest company in the world, Standard Oil of New Jersey. In 1963, one out of every ten cars sold in the United States was a Chevrolet. The large and luxurious Impala was introduced in 1958, which was soon followed by the innovative air-cooled rear-engined Corvair in 1960.
In 1962, production of Chevrolet began in Chile with local partners Avayu and Nova II. The company entered operating in Venezuela in 1948 with the production of trucks. Ever since then, Chevrolet has made a mark in several other countries across the globe, selling different vehicles and variants. Chevrolet also entered the watch industry in 2007, launching its first collection under the Louis Chevrolet watch brand. This collection paid tribute to the co-founder Louis Chevrolet, who was born in a family of a watchmaker. The collection offers automatic, manually-wound and quartz models, equipped with ETA and Ronda movements.
In 2009, China became Chevrolet’s third largest market, after the United States and Brazil. In India, General Motors India had been selling Opel Corsa, Opel Astra and Opel Vectra until June, 2003. Presently, Chevrolet Cruze, Chevrolet Spark, Chevrolet Optra, Chevrolet Aveo, Chevrolet Tavera, Chevrolet Captiva, Chevrolet SRV, Chevrolet Beat and Chevrolet Aveo U-VA are being sold in the Indian market. The second generation Aveo is likely to enter the world automobile market in the summer of 2010. The upcoming models under the Chevrolet brand worldwide are the plug-in hybrid Chevrolet Volt, Chevrolet Spark, Caprice Police Interceptor and Volt MPV5, which are expected to hit the market in between 2011 and 2013.
How to Cite