Skoda cars have forever stood out for their excellence and great elegance. Read the article to know some interesting & amazing information on the origin, history & background of Skoda Auto.

Skoda Auto or Skoda is renowned for its quality automobiles for more than a century now. Though part of the German auto giant Volkswagen Group today, Skoda was the brainwork of two Czechs - Vaclav Klement and Vaclav Laurin. Like most other automakers, Laurin & Klement started off their company by manufacturing bicycles, but the company grew into a big name, when it merged with Skoda Manufacturers, the leading automakers in Czechoslovakia, in the year 1924, after it ran into a financial mess. Since then it has been quite a ride for this auto company that ran into many highs and lows, as political events dictated time. However, its decision to join hands with Volkswagen came as a surviving bet for Skoda that won the company an eminence that remains unchallenged to this day. Today, Skoda has to its name a successful line-up of cars like Yeti, Octavia, Fabia and the very recent Skoda Superb. A blend of elegance and safety, today Skoda ranks among one of the biggest auto car makers in the world. To know more on its origin and background, read on. 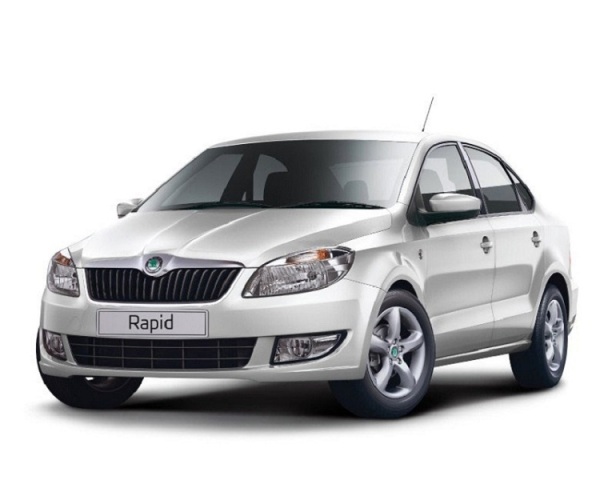 Interesting & Amazing Information On Origin & Background Of Skoda Auto
Václav Laurin and Václav Klement are the two brains accredited with the conception of Skoda Auto. They started off with a small bicycle company of their own in the early 1890s that laid the foundation for Skoda. Although the duo initiated as bicycle makers, a successful stint with motorbike in the region inspired them to come out with their first car in Czech. Laurin & Klement Co. made their first big impression with their sports car and went on to win for themselves an unparalleled status as carmakers in the entire region.
However, things changed for the company when, after World War I, the Europeans revealed little interest in sports car, a change that compelled Laurin & Klement Co. to join hands with Skoda Works, which, in turn, resulted in the change of the fate of this company forever. Skoda Works was majorly into the manufacturing of steam engines, components, various machines and weaponry till then. The company changed its name again in 1930 but retained Skoda, a name that stands as a hallmark of quality cars till date. Prior to the World War II, thousands of Skoda cars were produced annually, eventually making Skoda a major part of Czech export.
With World War II, Skoda was forced to join Herman-Goring-Werke conglomerate and was left to the produce arms alone. After the war, with its name damaged and facilities ruined by Allied forces’ bombings, the company was soon nationalized. This had a damaging impact on the company’s quality that became technologically poor than its Western counterparts. Nevertheless, Skoda cars held on to their popularity and found buyers in the Eastern bloc, simply because of their affordability, convenient built, and easy maintenance. In 1987, Skoda came out with its model Favorit, inspired by Western models, which was not only cost efficient, but also tastefully designed to suit contemporary tastes.
Post Velvet Revolution, the reluctance of Skoda Auto to compete with the Western markets became evident and thus against the wishes of many, it joined hands with Volkswagen Group in 1991. In December 1990, the Government gave thumbs up to their merger with German Volkswagen Group and the Skoda was regenerated in a new avatar. This proved to be a major milestone in the track history of Skoda Auto, as the company faced a major boom in car production in the years that followed. Volkswagen joint venture began to operate on April 16, 1991, under the name Skoda, thus becoming the fourth brand of the Volkswagen Group, alongside VW, AUDI and SEAT.

Under the ownership of the Volkswagen Group, Skoda improved tremendously in terms of both styling and engineering, which was noticed in the 1994 model Felicia. Though the car was based on the floorplan of the 1987 model Favorit, there had been a great improvement in terms of quality, as compared to the previous model. Felicia was an immediate hit in the Czech Republic, mainly due to its cost efficiency. The next move was the introduction of models Octavia and Fabia to the European Union markets. The late 1990s and early 2000s saw Skoda taking up several campaigns to market their models throughout the UK. This proved beneficial for the company, as it started selling 30,000 cars per year by 2005. The company created history by developing a waiting list for the delivery of Skoda cars in UK.
In the present time, Skoda has opened up several manufacturing and assembly plants throughout the world including Sarajevo, Bosnia and Herzegovina. In 2001, an assembly plant was set up in Aurangabad, in the state of Maharashtra in India, as Skoda India Private Ltd. The company introduced a new model, Roomster with a unique design reflecting future trends. Skoda re-entered Australia in October 2007, after their last models were sold in 1983. Octavia, Roomster and Superb are the three of the models available in Australia. Today, the brand Skoda is known for quality, reliability and design throughout the world. Since its inception, Skoda cars have won several awards, the latest being "Car of the Year 2010" (Skoda Yeti), "Best Sedan of the Year 2010" (Skoda Superb), "Midsize Car of the Year 2010" (Skoda Laura), "Best Price/Performance Rate" (Skoda Octavia Combi) and so on.
How to Cite