Considered as one of the most luxurious brands, Bentley has a remarkable history. Explore this article to know interesting & amazing information on the origin & background of Bentley.

Bentley is to luxury cars what Everest is to mountains. Rightly said, the brand Bentley is a towering level of refinement and prestige, amongst the luxury class. Bentley has combined the old-world craftsmanship with new-world technology to bring out a fusion called Bentley marque. The coupes and sedans are mostly hand-assembled in Great Britain, at the manufacturer’s state-of-the-art Crewe factory. Bentley Motors was registered in England in 1919, founded by Walter Owen Bentley. He created motors cars, which became a legend and are still considered as a prized and treasured possession. Read on further to find more interesting and amazing information on the history, origin and background of Bentley. 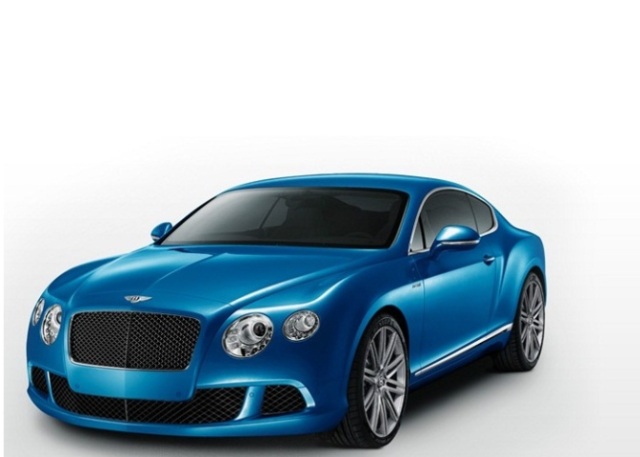 Interesting & Amazing Information On Origin & Background Of Bentley
Walter Owen Bentley had always dreamt of designing and building a range of cars bearing his own name. Early before World War I, Bentley was working in partnership with his brother H.M Bentley, in the latter’s business of selling French DFP (Doriot, Flandrin & Parant) cars. DFP was a French car based in a place called Courbevoie. An aspirant of making his own range of cars, it was on a visit to the DFP factory in 1913 that W.O. Bentley noticed aluminum paperweights and decided to use lightweight metal to make engine pistons instead of cast iron.
The two brothers, then, bought Lecoq and Fernie, a French auto company and renamed it Bentley and Bentley, with its headquarters in Mayfair. The company was re-christened ‘Bentley Motors’ in August 1919 and a chassis with dummy engine was exhibited in London Motor Show in October, the same year. After the success of the show, a running engine was built in December, while orders for the same began in June 1920. However, the first cars took a long time to get ready from what had been estimated, with the first Bentley getting ready only by September 1921.
Despite gaining initial success, the company was always underfunded and so Bentley approached millionaire Woolf Barnato for financial help in 1925. This resulted in Barnato effectively owning the company and hence, becoming the chairman of the same. The Bentley Boys consisted of a group of wealthy British motorists including Woolf Barnato, Sir Henry Birkin, steeplechaser George Duller, aviator Glen Kidston, automotive journalist S.C.H. "Sammy" Davis and Dr. Dudley Benjafield. The group brought in high dedication and determination to keep up the marque’s reputation for high performance alive.
The greatest competitor to Bentley at that time was Bugatti, known for its lightweight, elegant, but fragile creations that referred Bentley as “the world’s fastest lorries” for its rugged reliability and durability. The initial Bentley was a 3-litre model, but was upgraded to 4½-litre later on. The most ionic and noted model during those times was the 4½-litre “Blower Bentley” with its distinctive supercharger, projecting forward from the bottom of the grille. However, the company had more storms in store. The ‘Great Depression’ considered as the largest economic downturn of the 20th century began on 29 October 1929, most commonly known as Black Tuesday. This destroyed the company’s demand for its expensive products. Eventually, the company was sold to Rolls-Royce in 1931.
Rolls-Royce acquired Bentley secretly so much so that the true identity of the purchaser was only disclosed after the sale. Rolls-Royce set up a new company named as Bentley Motors (1931) Ltd. W.O. Bentley was unhappy with his new subordinate role and left to join Lagonda in 1935. Hence, the manufacturing company at London was closed and sold, only to move the production work to Rolls-Royce in Derby. In 1933, a new Bentley 3½-litre was launched which was a sporting variant of the Rolls-Royce 20/25. Though this disappointed traditional customers, it was well-received by many others. After World War II, production of Bentley and Roll-Royce cars was moved to an engine factory in Crewe, Cheshire. Sales drastically fell in the 1970s to an extent of less than 5% of combined production at one point.
Rolls-Royce’s parent company faltered resulting in problems with aero engine development. Hence, the motorcar division floated off and became independent only to be bought by Vickers in August 1980. This brought back Bentley its high-performance heritage. Its sporting image created a renewed interest in the brand, with sales rising. The ratio of Rolls-Royce and Bentley reached 60:40 in 1986 and by 1991, Bentley achieved parity. In 1998, Volkswagen Group purchased Rolls-Royce and Bentley from Vickers, after winning a bidding war with BMW. The demand in 2003 grew to an extent that the company was unable to meet with its installed capacity of approximately 9500 per year. The cars were under waiting list for a delivery that was over a year.
In 2002, Bentley presented an official State Limousine to Queen Elizabeth to mark the Golden Jubilee. In 2003, after ceasing the production of two-door convertible, the Bentley Azure, the company introduced a second line, Bentley Continental GT, a large luxury coupe. April 2005 saw Bentley confirming plans to produce a four-seat convertible, the Azure and the convertible version of the continental GT. Both these models were successfully launched in late 2006. The company is also planning to launch convertible variant so of its other models in the near future.
How to Cite