Honda is indeed one of the giants in the automobile world today. Read the article to know some interesting & amazing information on the history, origin & background of Honda.

‘We see the world not as it is, but as it could be’ - a conviction that drives Honda Motor Company to its unparalleled and unequalled success. 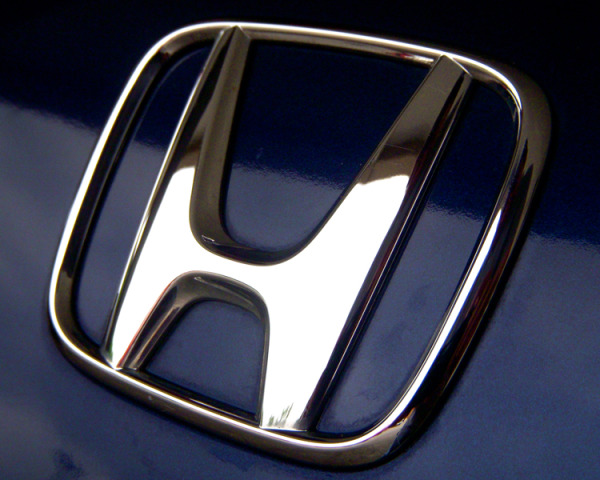 Image: [email protected]
‘The power of dreams’ is what really led Soichiro Honda to conceive this company. Dedicated to excellence and creation of innovative products to enhance human mobility, over the years, Honda has added quite a many laurels to its prestigious brand of cars. Today, Honda is the world’s largest manufacturer of motorcycles and has wowed the automobile industry with its quality offerings in the four-wheeler segment like Honda City, Honda Civic, Honda Accord and Honda CRV. However, you need to understand that the supreme empire, which stands today, was not born in a day. It took Soichiro Honda, its founder, the valor to not just dream but implement it as well, to realize this achievement. Read on to know more interesting and amazing Information on origin and background of this automobile giant- Honda.
Interesting & Amazing Information On Origin & Background Of Honda
The inimitable success of Honda was nothing short of a dream come true for its inceptor, Soichiro Honda, the brain that steered Honda to its glorious feat. A fanatic racer, an ace entrepreneur and a huge inspiration for all who dare to dream, it was this man, who with his sheer ingenuity, offered the world a more pocket friendly mode of transportation, giving the country its first economical two-wheeler bike. In the year 1949, Honda came out with its first D-Type Dream and that marked the beginning of the glorious enterprise.
Soichiro Honda worked as a mechanic at a Japanese tuning shop where he tuned cars and entered them for races. A self-learned engineer, he assiduously worked to develop improved piston rings for Toyota. Though his designs were rejected, he was not the one to take a no. He conscientiously worked to improve his designs and finally won a contract with Toyota. He put up a factory to manufacture piston rings for Toyota, which was destroyed in earthquake. Due to dearth of gasoline, Honda tried using a small engine to his bicycle that attracted much interest and it was with this idea that Honda took off for its biggest venture.
He, then, established the Honda Technical Research Institute in Hamamatsu, Japan, to develop and produce small 2-cycle motorbike engines. He called up 18,000 bicycle shop owners across Japan to take part in reviving a nation torn apart by World War II. Soichiro obtained enough funds to engineer his first motorcycle, the Honda Cub. This marked the beginning of Honda Motor Company, which shot up to become world's largest manufacturer of motorcycles in future. Post- World War II, poor and petrol-starved Japan was in desperate need of inexpensive, fuel-efficient mode of transportation. Honda gave Japan its first makeshift motorcycles, by mating engines with bicycles, to create a motorbike that was economical and easy.
His initial venture proved to be a grand success and soon Honda shifted his attention to manufacturing his own motors and came up with its own 50cc engine. In November 1947, the ½ horsepower A-Type Honda was being manufactured and sold as a complete motorbike, which grew popular as ‘Chimney’ since it emitted a lot of smoke and turpentine stench. Soichiro Honda laid the foundation of Honda Motor Company in 1948 and went on to build an empire later, in collaboration with financial whiz Takeo Fujisawa. It was in the year 1948, that Honda achieved another milestone with its 90cc engine version of the A-type known as B-Type.
With time, Honda geared up its conveyances from pocket-friendly bikes to a more sophisticated mode of transport. In the year 1950, Honda came up with its successful Juno scooter and that was just the beginning. Towards later part of the decade, Honda introduced the ultra-successful C100 Super Cub, that was a rage with women riders and went on to become the first Honda motorbike sold in the U.S. as part of the establishment of American Honda Co. in 1959. Honda presented Japan with its first automobile production in the year 1960 and also initiated into Formula One racing. However, its big milestone was achieved in the year 1970 when it successfully imported its first car, the diminutive N600, to the U.S.
N600 was a big hit among the American buyers, but its real big win was the Honda Civic, which though relatively petite compared to compact American cars, won American hearts because of its fuel efficiency and affordability. Honda Accord was quick to join the company bandwagon in the American markets and become a part of Honda’s success, shooting up the reputation and feat of the automobile giant by miles. It was also during this time that Honda worked on its Acura brand, as a way to sell more upscale and luxurious vehicles. Throughout this decade and into the 1990s, Honda continued to introduce new technologies. Today, Honda rules the market with its interesting line-ups of spacious minivans, reliable family sedans and rugged SUVs. Honda is the bench marker for many segments, with the Civic and the Accord still holding as its biggest feats so far!
How to Cite