BMW is a German-based company renowned for making luxury cars and SUVs. Explore this article to know interesting & amazing information on the history, origin & background of BMW.

An acronym for Bayerische Motoren Werke AG (Bavarian Motor Works in English), BMW is one of the world’s most reputed automakers, headquartered in Germany. Founded in Munich in 1916, by Karl Rapp and Gustav Otto, the company was conceptualized for manufacturing automobiles, motorcycles and engines. BMW is the parent company of Rolls-Royce Motor Cars and also owns and produces MINI cars. Motorcycles manufactured are under the BMW Motorrad and Husqvarna brands. Known for crafting luxury cars and SUVs, each BMW model offers superior levels of driving enjoyment and comfort. The logo of BMW represents white propeller blades against a blue sky. The blue and white color scheme also refers to Bavaria’s (Germany’s largest state) blue-and-white checkered flag. Read through the following lines to know some interesting and amazing information on the history, origin and background of BMW. 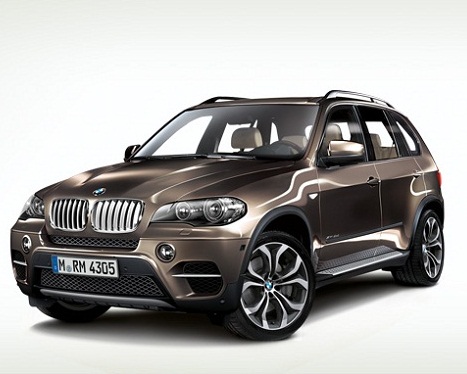 Interesting & Amazing Information On Origin & Background Of BMW
The origin of BMW dates back to 1913, when Karl Friedrich Rapp formed Rapp Motoren Werke in a suburb of Munich. Karl was a well-known engineer in a German aircraft company and found that the engines of the company had problems and suffered from excessive vibration. Rapp Motoren Werke contracted with Austro-Daimler to build V12 Aero engines for aircrafts. The company expanded rapidly, but Karl resigned due to financial problems in 1916. Two Austrians, Franz Josef Popp and Max Friz took over Rapp Motoren Werke. Another airplane specialist, Gustav Otto started building small aircrafts in a small shop named as Gustav Flugmaschinefabrik. In March 1916, Rapp Motoren Werke merged with Gustav Flugmaschinefabrik to form Bayersiche Flugzeungwerke. The company was later renamed as Bayersiche Motoren Werke or BMW, the present name of the company.
After World War I and the Treaty of Versailles in 1919, production of aircrafts were prohibited in Germany that changed the face of BMW. The company, then, started making brakes for the rail transport. Soon after, BMW designed a motorcycle engine that was used for building a motorcycle titled Victoria. However, Victoria was not built by BMW, but by another company named Nuremburg. In 1924, BMW built their first motorcycle called R32 which turned out to be a turning point in the BMW history. It was a major achievement for BMW and the technology was used for decades. In the year 1928, the company took over Dixi Company and thus followed the launch of BMW ‘Dixi’ 3/15 PS. This marked the beginning of the automobile production. Its tremendous success helped BMW overcome the crisis after WWI.
The DA2, an improved version of the former Dixi, was launched in 1929 which was characterized by an all-steel body and 4-wheel brakes. In 1930, Dixi achieved its first win in motor racing. A total of 18,976 Dixis were manufactured. In 1932, BMW’s first real car, BMW AM 4 or 3/20 PS went into production. The following year saw the first BMW inline-six cylinder power unit being introduced. BMW 328 that was produced in 1936 gained enormous popularity and remains BMW’s most famous pre-war sports car till date. However, BMW’s success was short lived, as the company was ruined after World War II. In 1951, the production of V8 equipped 501 luxury sedan was a poor effort and did not meet BMW’s standard and expectations.
The year 1955 brought back BMW on its feet. Isetta 250 was launched and was successfully manufactured by an Italian manufacturer Iso. The following year in 1956, BMW built one of the most memorable models in the BMW history, BMW 507 with a total of 252 examples. The 1500 was yet another BMW saver. Almost after ten years, the first generation 5 series, the E12 was launched in 1972. The following 6 years were profitable for the company, as it expanded the market by buying the Rover group from British Aerospace. However, Rover was further sold to Phoenix Venture Holdings and Ford Motor Company, due to losses incurred by BMW. The 3 series came up after three years in 1975 and in 1977 the market saw the 7 series.
In 1994, the company began production outside Germany and new factories were set up in South Carolina, Oxford, Goodwood, South Africa and other places. Today, BMW exports around 50,000 yearly vehicles to Japan, USA, Africa, Australia and the Middle East. Till date, the Z3, Z8 and all 3, 5, 7 and Motorsport series models are built keeping the BMW tradition of producing excellent automobiles with special emphasis on performance, style and technological advancements. Over the last few decades, BMW has built a standard for performance and luxury in most segments. It offers a wide range of family-friendly wagons, crisp sedans, distinctive coupes, nimble sports cars and spacious SUVs.
How to Cite