An all-terrain vehicle, Land Rover is one of the leading automobile brands in the world. Read on to learn more about the history, origin and background of Land Rover.

Land Rover is a 4x4, all-terrain vehicle manufacturer, headquartered in Gaydon, Warwickshire, England. Now a part of the ‘Jaguar Land Rover’ business, owned by Indian automaker, Tata Motors, Land Rover is one of the few automobile brands in the United States to solely market SUV products. It is known for being stellar trail-buster, endowed with the moxie to get down and dirty, when the road gets tough. Land Rover is a pioneering civilian all-terrain utility vehicle, which was first launched on 30th April, 1948, at the Amsterdam Motor Show. Since its launch in the motor show, several models were launched under the same brand name by different owners of the company, from time to time. This article provides you with several interesting and amazing information on history, origin and background of Land Rover. 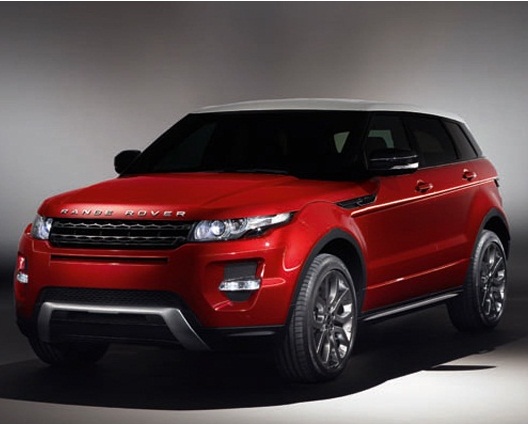 Interesting & Amazing Information On Origin & Background Of Land Rover
The first Land Rover was a result of the design of British car maker Rover’s chief designer Maurice Wilks, in Anglesey in UK, in 1947. Maurice Wilks was inspired by Willy Jeep of American World War II, which he used one summer at his holiday home in Wales. The first Land Rover prototype ‘Centre Steer’ was developed on a jeep chassis. However, one of the distinctive features that made Land Rover stand apart was its construction from a lightweight rust-proof proprietary alloy of aluminum and magnesium called ‘Birmabright’. This was mainly used due to shortage of steel and abundance of aircraft aluminum, after WWII. Land Rover’s alloys were resistant to corrosion that added to the reputation of durability in the toughest conditions of Land Rover.
The first Land Rover, belonging to the Series I, was launched in 1948 by Spencer and Maurice Wilks, who worked with the British automaker ‘Rover’. This particular truck was equipped with permanent 4-wheel drive, a canvas roof and optional doors. These vehicles were crude, but well suited for operations in the field. Land Rover was first exported to USA in 1949. The company grew steadily and moved its production towards vehicles with few refinements and increased power in the 1950s. The Series II of the Land Rover was launched in 1958, which offered more horsepower and less fundamental with the usual exteriors. The sills were designed to disguise the chassis and the exhaust. 1958 also brought the launch of the first Rover diesel engine.
In 1951, the company reached a milestone with the manufacture of the 250,000th Land Rover. In 1961, the diesel engine of the vehicle got modified, with an increased capacity and more power output. The company then introduced the Series IIA, the production of which continued from 1961 to 1971. Year 1962 witnessed the introduction of the new 12-seat station wagon. All these developments of the company in the 1960s made the Land Rover production reach half million mark. As the 1960s drew to a close, Rover was acquired by Leyland Motors Ltd, after which the company launched its vehicles under the name ‘Range Rover’ in 1970. Range Rover was equipped with V8 engine and the body was made mostly of aluminum. It was a first consumer-oriented vehicle from the Rover Company, unlike its predecessors.
The Range Rover received a gold medal for its coach-work and its safety features were honored with the award of the ‘Don Safety’ trophy. In 1971, Range Rover received the RAC Dewar award for its outstanding technical achievement. The automaker officially became the part of US automotive market in 1987, when the Range Rover made its debut. A year later, in 1988, the name of the company was changed to ‘Rover Group’ that was acquired by British Aerospace. The entry of Rover Group was followed by the launch of ‘Discovery’ in 1989, initially only in a two-door form. The Discovery was the first all-new Land Rover in 19 years. In 1990, Land Rover’s new model ‘Defender’ with 200 TDI engine was launched. A four-door version of Discovery was also introduced. The 20th anniversary of Range Rover was celebrated with the launch of 4 channel ABS braking system, the first of its type designed for optimum performance.
The Land Rover vehicles, while still retaining their ‘go-anywhere’ attitude, became more luxurious, particularly after BMW bought the company in 1995. In the late 1990s, a new model, ‘Freelander’ was launched. This was a compact sport utility vehicle (SUV), which was the first one to offer ‘Hill Descent Control’ in its features. In 1998, the Discovery’s Series II was launched. It came with a longer body with 7 forward facing seats and Active Cornering Enhancement (ACE) - a computer-controlled high pressure hydraulic system to control vehicle roll. The new Discovery acted as a launch pad for the new Td5 engine, a 5-cylinder 2.5 liter direct injection diesel engine featuring high pressure electronic unit injectors.
In 2000, BMW sold off the Rover Group with Land Rover to Ford Motor Company. Land Rover was joined by Aston Martin, Volvo, Lincoln and Jaguar in the Premier Automotive Group. Bob Dover became the CEO of the group. With few more launches like Discovery III and Range Rover MK3 under Ford, the Rover Group continued to excel in the field of automobiles. However, Ford Motor Company declared its plan to sell Land Rover together with its partner Jaguar in 2007. The company received several bids from several automobile companies, including two promising Indian companies ‘Tata Motors’ and ‘Mahindra and Mahindra’. The following year, Ford declared Tata Motors as the preferred bidder for Jaguar and Land Rover, and finally in June 2008, Tata acquired Jaguar and Land Rover at a bidding amount of US $2.3 billion.
How to Cite