Volvo represents the true merge of quality and safety. Read the article to know some interesting & amazing information on the history, origin & background of Volvo.

AB Volvo is a Swedish automobile company that is noted for its impressive lineup of commercial vehicles, including trucks, buses and construction equipment. Although Volvo was merged as a subsidiary of AB SKF in 1915, the auto manufacturer was officially established on 14 April 1927, with the launch of its first automobile Volvo ÖV 4. Volvo’s traditional values of safety, environmental care with sporty, elegant and exciting design and engineering, conceived by its founders, Gustaf Larson and Assar Gabrielson, till date remain as the most prominent feature of all Volvo vehicles. Gustaf Larson and Assar Gabrielsson hallmarked Volvo as a safe and quality product that could hold fascination and desire for customers in today’s sophisticated car market. In the following lines, we have provided interesting and amazing info about the history, origin and background of Volvo. 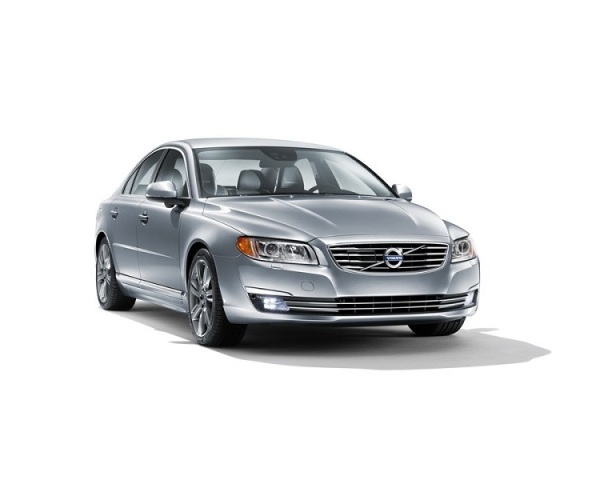 Interesting & Amazing Information On Origin & Background Of Volvo
Volvo which means ‘I roll’ in Latin was derived from “volvere”, the ball bearing producer SKF. The name ‘Volvo’ was officially registered in May 1911 as an independent company under SKF. In the year 1924, Assar Gabrielsson (SKF Sales Manager) and Gustav Larson (Engineer) decided to produce the first Swedish car, designed to suit the rough roads and freezing temperature of Sweden. A joint venture of the two, Volvo was conceived to offer quality and safety, a promise that still stands true for the Volvo cars. The first Volvo car to hit the roads was the Volvo ÖV4 that took off with a storm. Released on April 14th, 1927, ‘Jakob’ (as Volvo ÖV4 was popularly known as) marked the beginning of a legacy.
Starting off as a small local industry, Volvo cruised on to become one of the world’s largest manufacturers of heavy trucks, buses and construction equipments over the years. Volvo started off with both closed top and cabriolet models of their new four-cylinder OV4 and PV4 models, which were manufactured to resist the harsh Swedish climate as compared to the contemporary US imports. Both these cars bore the signatory Swedish iron symbol attached to the front grill, a logo that still remains inherent part of Volvo cars. However, its biggest milestone was achieved in the year 1929, when Volvo launched its six-cylinder PV651 model, a longer and wider cylinder that helped Volvo establish its first factory. By the end of 1931, it returned its first dividend to shareholders.
With its booming business, Volvo makers were being pressed to come out with an economical car for the masses to assist in regular commutation. This led to the conception of PV51 model that resembled the more expensive PV36 in design, but was smaller in size and less well-equipped. In the year 1944, Volvo came up with its significant offering, the PV444. Touted as Volvo’s first "true" small car, this car was a blend of American design and European size and was a huge success. The PV444 and the PV544 went on to dominate the market in the next couple of decades and assaulted the American markets in 1950’s. Apart from these, Volvo 120, popularly known as Amazon, was yet another well-admired model that was launched in the year 1956.
Volvo initiated safety features and accident protection into its cars and in the year 1959, it became the first world car manufacturer to equip its cars with three-point safety belts. Innovations in safety and environmental care continued as Volvo went on to add more safety features to its four wheelers, like rear-facing child seats, collapsible steering columns, side-collision protection and the three-way catalytic converter. Volvo produced its first sports car - the P1800 in 1960 that came with sleek coupe lines. The car was facilitated with numerous awards and became the official car of 1963 and 1964 at the 24-hour race at the Sebring track in the US. Thereafter, Volvo went on to produce a lineup of sleek cars with rounded design like Volvo S40 and V40. Volvo C70 coupe and convertible added to their list.
With the Volvo S80 sedan of 1998 and the V70 wagon of 1999, new engineering and design was brought together in the cars. On 28 January 1999, Volvo Group sold its business area Volvo Car Corporation to Ford Motor Company. On 2 January 2001, Renault Véhicules Industriels (which included Mack Trucks, but not Renault's stake in Irisbus) was sold to Volvo, which renamed Renault Trucks in 2002. As a result, former mother company Renault became AB Volvo's biggest shareholder with a 20% stake (in shares and voting rights). Volvo has undergone rapid growth in the last one decade. In 2006, AB Volvo acquired 13% of the shares in the Japanese truck manufacturer UD Trucks from Nissan Motor Co Ltd and after a year, the company acquired complete ownership to extend expansion in the Asian market. Today, Volvo has to its name an impressive lineup of sedans, coupes and more.
How to Cite